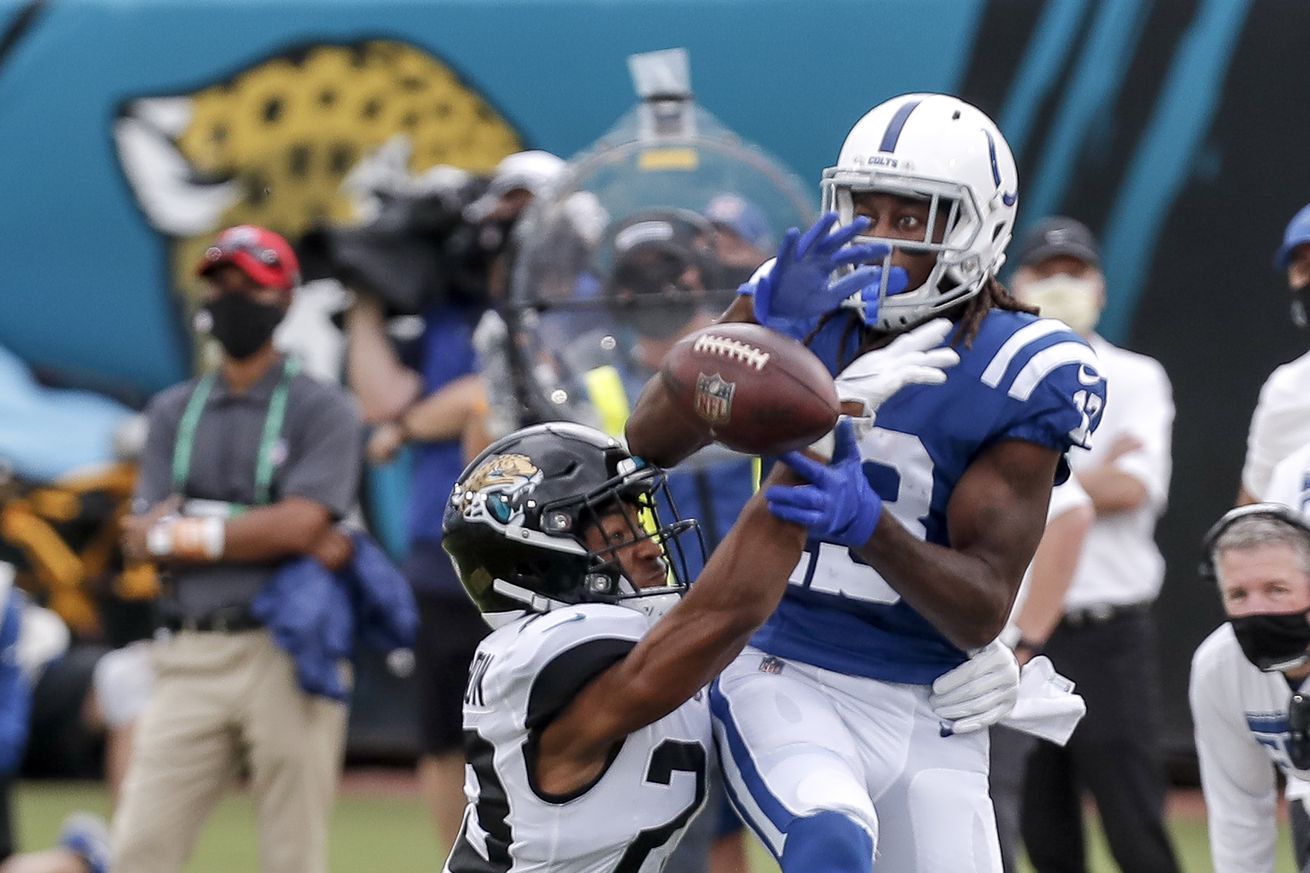 The sun seems to have risen today, in spite of the Colts somewhat embarrassing loss in their opening day divisional matchup with the Jacksonville Jaguars. Their streak of losses in week one now extends another season, and the Jaguars protect their home field once again against the Colts.

For a team that came out of the offseason with swagger and hype, it was a bit of a comedown to see them picked apart by Gardner Minshew II yet again. They also saw Philip Rivers do what he always has done—when he’s pressed to carry the team, he can make some really dumb throws that end up as picks. There was even a missed chip shot field goal to top it all off. So, let’s get into the winners and losers from the week.

If you didn’t believe everyone when they told you that Rivers was going to throw to the running backs, here was your proof. Nyheim Hines caught 8 passes for 45 yards and a score, as well as carrying the ball 7 times for 28 yards. He had himself a very nice day, and looked like a guy who is ready to take on a big role in this team’s offense. One could argue that he had no business being the team’s go-to back in short yardage on 4th and 1 (and I myself made that argument when it happened), but it speaks to Frank Reich’s trust in Hines and desire to carve out a significant role for him. This is going to be a big year for Nyheim Hines.

In the first half, Campbell presented a very clear issue for the Jaguars defense. He looked exactly like we all hoped he would last year. His speed and explosiveness were immediately on display, and it was clear that Rivers has built a chemistry with the young receiver. With time and repetitions, we’ll likely see these two get an even better rhythm, and if they can take just a tiny step forward, Campbell is going to be a nightmare for many defenses. He has game-breaking ability and injected an excitement into the Colts offense that has been notably absent (apart from Hilton) at the receiver position. He just needs to cut out the flexing.

A loss to a bad Jaguars team is bad enough, but the real loss came when Marlon Mack came up hobbled after a play, grabbing at his ankle. He was carted off and word soon came that the team fears a torn Achilles tendon which would end his season. Before he left, Mack looked as though he was set to pick up where he left off in 2019, gashing defenses on the ground and adding a passing element to his game. He had already caught 3 passes for 30 yards in just the first half of play. For a guy in a contract year who has steadily gotten better and was one of the few bright spots for the team in 2019, this is a truly crushing blow. Hopefully he is able to recover quickly and return to his previous form.

While it is somewhat unfair to single out any defenders in this game given how poorly they all played, Hooker is a player who, like Mack, is in a contract year. When the team chose not to pick up Hooker’s fifth year option, they signaled that they would move on from their first-round safety barring a real breakout season. It will take a full viewing of the All-22 film to determine how his game was as a whole, but for a guy who needed a hot start to his season, getting burned by rookie Laviska Shenault Jr. for a touchdown is not what he wanted.

When you use a first-round pick on a player, there are certain expectations. For example, the Jaguars rookie CB C.J. Henderson had an impressive debut, making impacts all over the field in critical situations. The Colts spent their first-round pick on a player who is entering his prime and has proven his potential as an All-Pro player. So when a game goes by without seeing real impact from him, that is a disappointment. As with Hooker, the film will tell the story far better than first impressions can, but you expect big, game-changing plays from your star defensive lineman. The Colts need that if they are going to win games in 2020.

It is an oversimplification to say that the team goes as Hilton goes, but it seems one that is often true. Hilton didn’t have a good game Sunday. With just 4 receptions on 9 targets, his contribution was simply not enough. The killers were his drops on two critical possessions, including one that sealed the game. Up against a rookie corner, Hilton has to win that battle. He’ll come out of it fired up to improve, but it was a tough start for the Colts receiver.

This is another example of the defense showing up asleep at the wheel. Ultimately that falls on Eberflus’ shoulders. That this is one of the most well-rounded personnel groups the team has had on defense would have been pretty hard to glean based on anything we saw on Sunday. The Colts defense has set a goal of 40 takeaways for the season, and there was no point where they even felt like a threat to generate one on Sunday. The Colts defense gave free releases to receivers, and healthy cushions to sit down in all day long. Gardner Minshew didn’t have pressure in the pocket, and he didn’t have tough throws to make, either. Given the amount of time and preparation this team had for this game, that is a major disappointment.

Before you react strongly one way or the other on this designation, know that I am not on board with anyone trying to peddle the nonsensical idea that Frank Reich is a bad coach. He absolutely isn’t. You can tell some of that by how well the game script went off to start. The offense looked incredible over the first couple of drives, and I momentarily wondered if it might turn into a boat race.

Unfortunately, as has happened often in the Reich era, once that game script runs out, things can sometimes stall. This is partly due to lack of plays being made, but can largely be laid also at the feet of the guy calling those plays. Reich made some head-scratching calls, like trotting out Nyheim Hines to go for it on 4th and 1. I loved going for it, but if you had the pick of every back on the Colts roster, Hines would be my last choice for that job.

To Reich’s credit, he also did some great things. His play call to throw to Doyle on 4th down at midfield took guts, and he consistently went for it on 4th down. He got his skill players involved in the game all over the board, and the offense never really looked like the biggest issue for the team. However, losing another opener, and a road game in Jacksonville has been a trend, and one that he can’t let continue. Better days are ahead for this team, and Reich will be a big part of that, but he gets an L for letting his team come out and play so flat against an inferior opponent.