The Indianapolis Colts (3-2) and Cincinnati Bengals (1-3-1) have released their inactive players’ lists ahead of Sunday’s matchup at Lucas Oil Stadium.

The Colts already ruled out tight end Mo Alie-Cox (knee) and offensive tackle Chaz Green (back) on Friday while linebacker Darius Leonard (groin) was listed as doubtful on the final injury report.

Here’s a look at the inactive players for the Colts in Week 6:

Leonard, Alie-Cox and Green are all officially inactive due to their respective injuries. The Colts made wide receivers Patmon and Fountian healthy scratches, which means they will be rolling with undrafted rookie DeMichael Harris over both of them.

Left tackle Anthony Castonzo, who was questionable, is officially active.

Here’s a look at the inactive players for the Bengals in Week 6:

Colts vs. Bengals: Key matchups to watch in Week 6 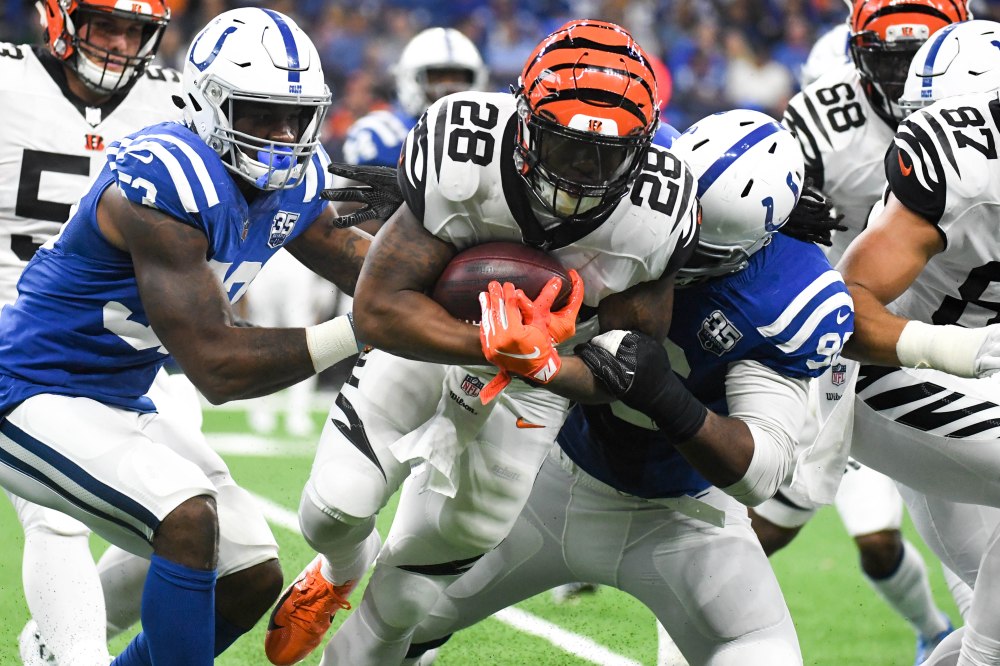