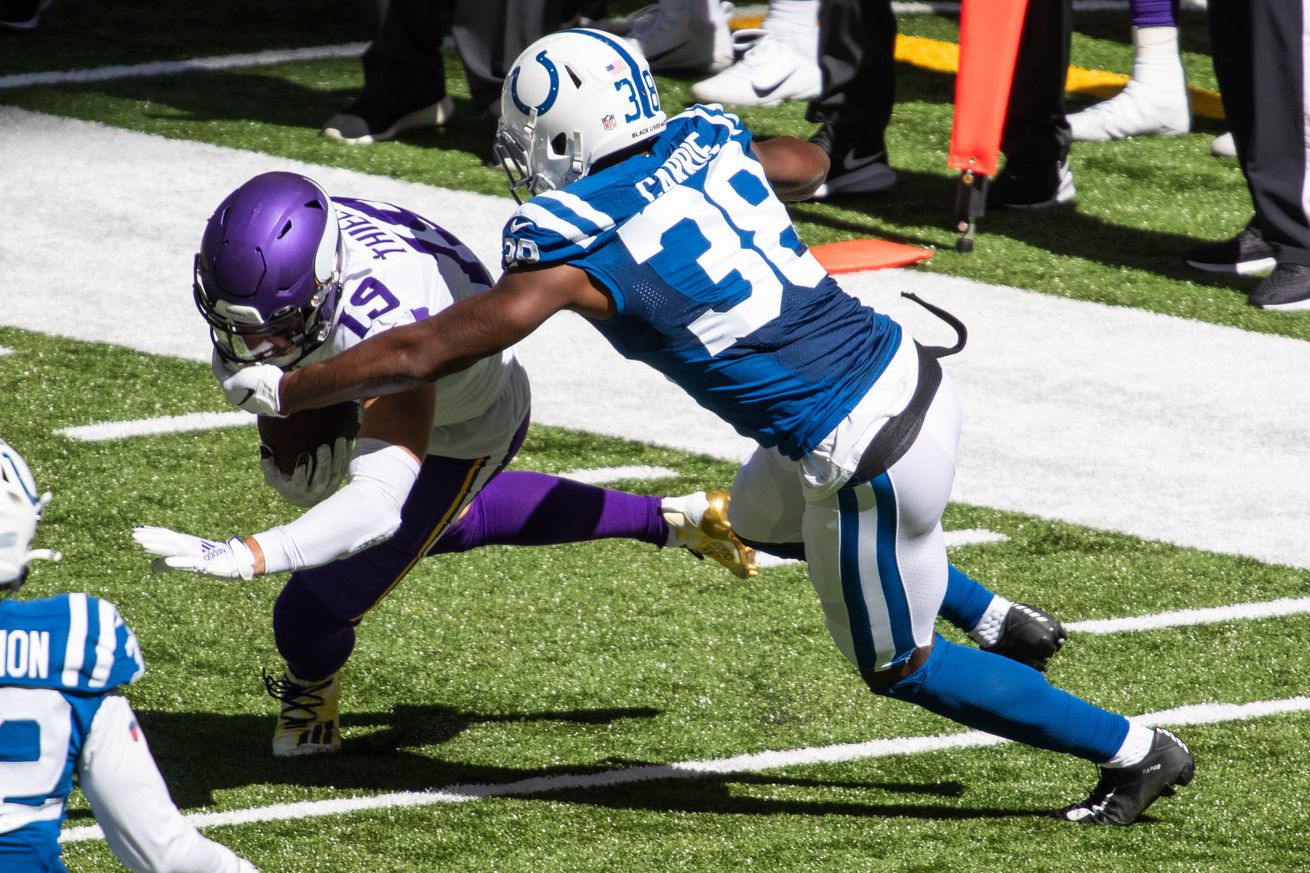 This week on Rock Talk we take a look at Ya-Sin’s replacement in T.J Carrie

Well it wasn’t quite the start we expected for the Rock Talk video series as Rock Ya-Sin missed week two with a stomach issue that had the young corner hospitalized. While it is unfortunate that he had to miss this game, we still had an episode of Rock Talk to record.

To switch it up, I looked at Ya-Sin’s replacement T.J Carrie to see how well he played stepping in as the starter. I was a big detractor in the offseason to Carrie playing outside corner in any capacity this year but I came away happily surprised in this game. While he had a few miscues, it was a strong performance overall for the veteran cornerback.

Click the link below to watch the second Rock Talk (T.J Carrie Episode) of the year. Since it appears that Ya-Sin will likely miss this week as well, we need to do a breakdown of yet another player for next week. Leave a comment below this article or on the video to say who in the Colts’ secondary you want me to break down next week. Also remember to leave your comments or feedback below on what you thought about Carrie’s first start with the Colts.