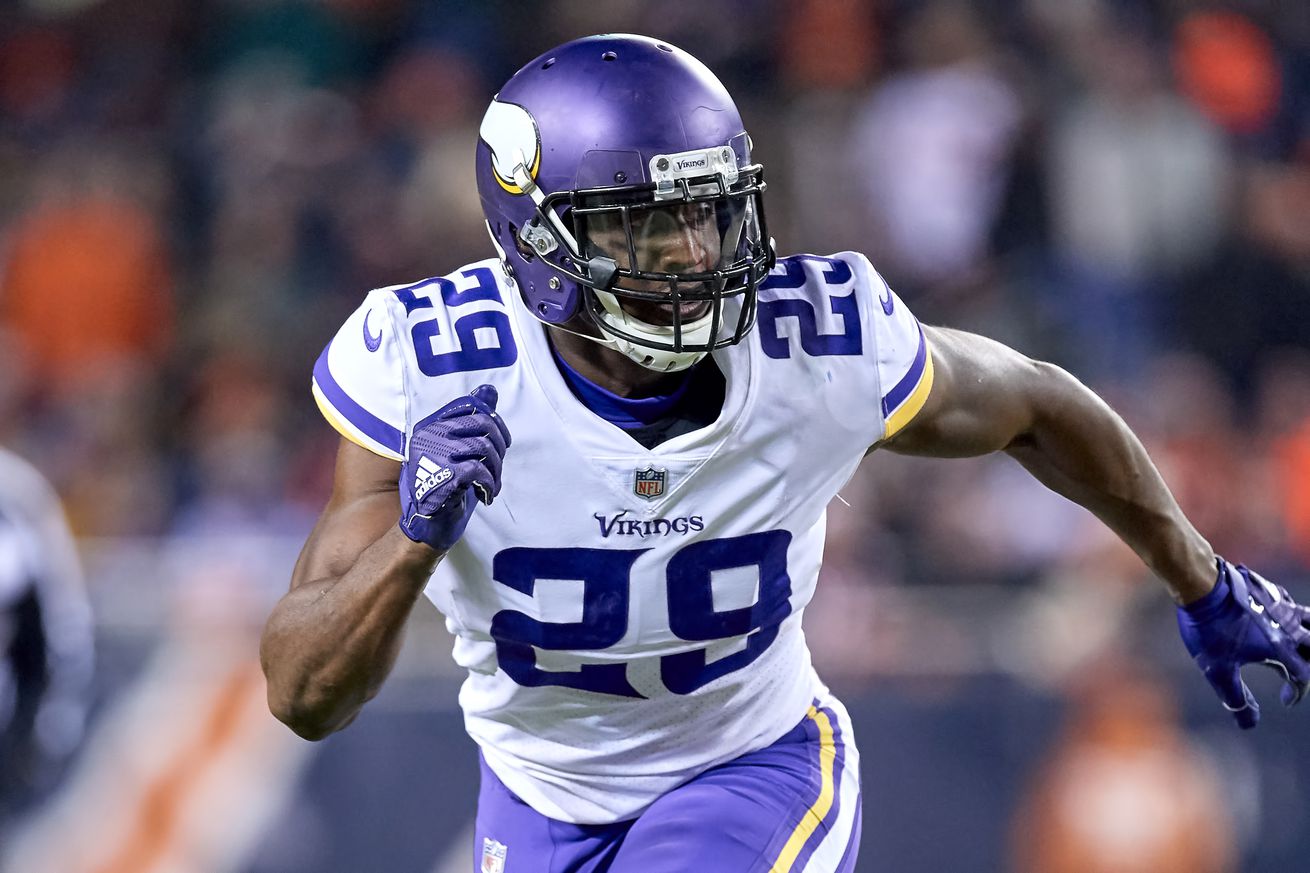 According to NFL Network Analytics Expert Cynthia Frelund, new Indianapolis Colts veteran cornerback Xavier Rhodes is projected to be his team’s ‘most improved player’ among candidates chosen from each AFC team:

Rhodes allowed a 127.8 passer rating last season with the Vikings (third-highest among corners, min. 50 targets) and an 84.3 percent completion percentage, which was the highest for any qualified corner, per PFF. OK, that was then. But now, as a Colt, he has the potential to realize results more like his 2016 and 2017 output (he was a Pro Bowler in each season), meaning at least above-average production in coverage and helping against the run.

The 6’1”, 218 pound cornerback—with long arms (33 3/4”) has had tremendous success in the past—as a former NFL First-Team All-Pro (2017) and 3x Pro Bowler with the Minnesota Vikings notoriously stingy secondary.

He’s a big, physical cornerback—having those long arms, that the Colts typically covet:

“Everyone knows I’m big. I’m a big, physical guy, and I like to get guys at the line of scrimmage,” Rhodes said when describing his playing style (via Colts.com). “And I’m not only physical, I’m pretty fast, so I’m looking forward to just getting in the guy’s face and slowing the timing down, messing with the timing between the receiver and the quarterback, and making the quarterback make tough throws and tough decisions.”

That being said, Rhodes has largely struggled the past two seasons.

Looking for a much needed change of scenery, the 8-year veteran signed a 1-year, $3 million ‘prove it’ deal with the Colts earlier this offseason.

The hope is that with a reunion in Indy with his former defensive backs coaches in Minnesota such as Jonathan Gannon and Alan Williams (where he had a lot of success up North) and a change in scheme shift (playing more zone coverage with the Colts) that Rhodes can regain his prior Pro Bowl form.

Now 30 years old, it seems reasonable that the former shutdown cornerback could still have at least a handful of productive seasons left in the tank. He has that prior success, a first round pedigree (as the 25th overall pick of the 2013 NFL Draft), and lots of veteran experience to heavily draw upon during 2020.

Rhodes will no doubt be the elder statesman of the Colts’ cornerback room, and he’s currently the favorite to win the starting job on the other side of 2nd-year pro Rock Ya-Sin—although another 2nd-year cornerback, Marvell Tell, presents serious competition.

Rhodes just wants to ‘be himself’ in 2020—which could bring much improvement for both his game and the entire Colts defense this upcoming season:

“Just being me,” Rhodes said. “Believing in myself, believing in the coaches and believing in my teammates. Allowing me to be myself, so once I get there — like I said, Coach Gannon and Alan (Williams) knows me best, and I believe they’re gonna let me play my game and be physical and be who I am.”

Here’s hoping the projection is right, and ‘Rhodes closed’ in the Indianapolis secondary.