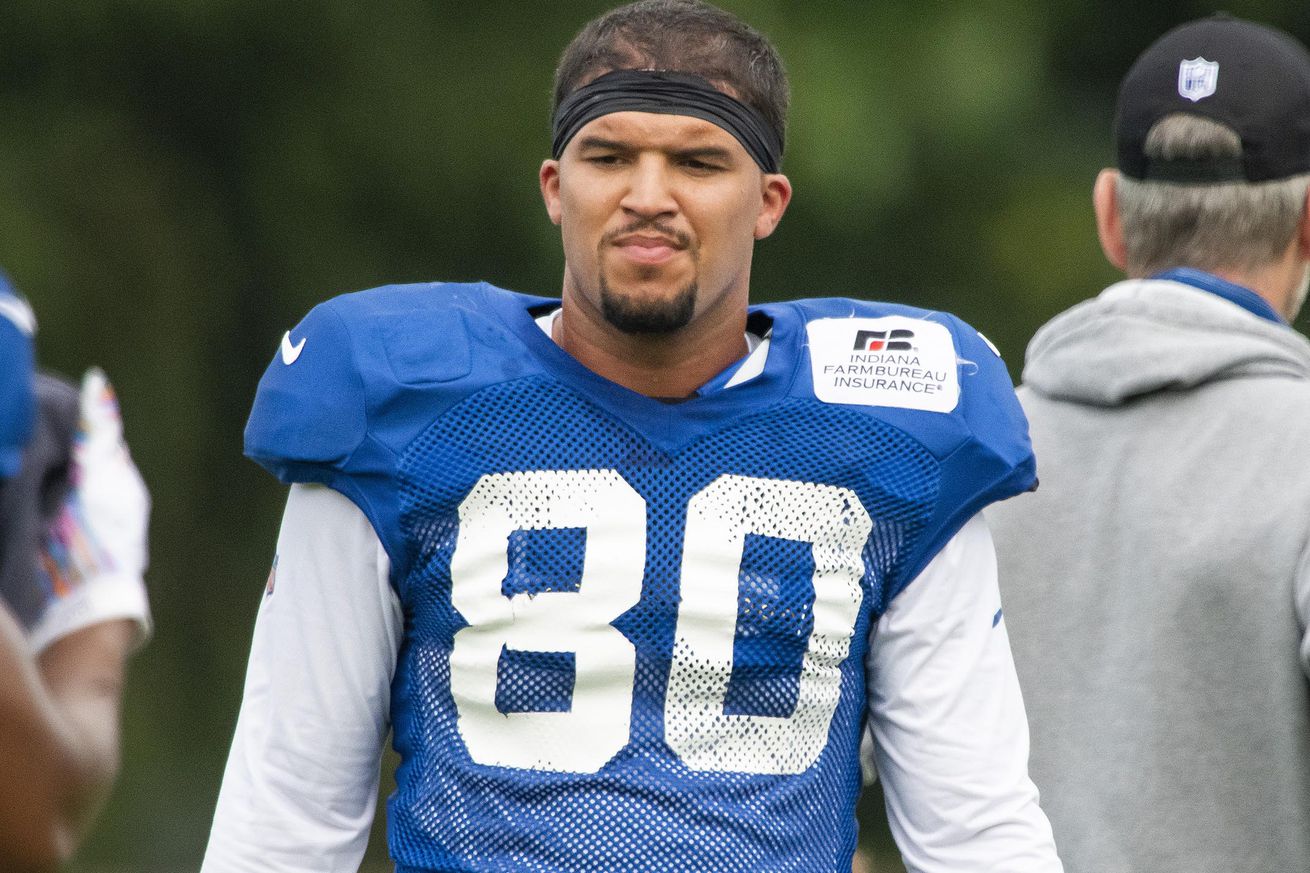 According to NFL Network’s Mike Garafolo (and head coach Frank Reich), Indianapolis Colts tight end Trey Burton suffered a calf strain in Saturday’s training camp scrimmage and will ‘miss some time’—but it potentially could’ve been much worse, as the injury isn’t expected to be prolonged months or season-ending:

And literally as I was typing it, Frank Reich told the #Colts‘ media. So now he’s the source. Anyway, decent news for Burton, as his absence will be measured in weeks, not months. https://t.co/Q7SdQz1WuU

Burton’s injury was initially thought to be much more severe, so this is encouraging news for the Colts—although it sounds like Burton will be out a matter of weeks here, not days:

Not good: Trey Burton being helped off the field. Lower body injury. Not putting weight on the leg. Yikes.

The Colts have already been without veteran Pro Bowl tight end Jack Doyle (neck) in training camp, so the top of their tight end depth chart is already limited with injuries.

Right off the bat, good, in-rhythm completion from Philip Rivers to Mo Alie-Cox down the middle of the field.

That being said, the Colts are relatively unproven behind Alie-Cox on their tight end depth chart with the likes of Andrew Vollert, Farrod Green, Xavier Grimble, and Dominique Dafney.

If Burton, who was expected to play a large offensive role in 2020, has his injury absence bleed into the beginning of the regular season, perhaps the Colts could look into bringing a veteran tight end into the fold such as longtime Tennessee Titan, now free agent Delanie Walker, who the team previously expressed interest in.

However, the recently claimed Vollert could be a young tight end for the Colts worth monitoring—as a downfield receiving threat with his combination of size, speed, and athleticism:

Nice throw from Chad Kelly to Andrew Vollert over the middle

It’s quite possible the Colts could simply turn to in-house candidates at this stage.

Whatever happens, the initial prognosis on Burton isn’t necessarily great—but it’s at least encouraging—and the Colts’ top tight end depth is already being tested ahead of the start of the 2020 season. In Indy, it’s ‘Next man up!’ time at tight end.