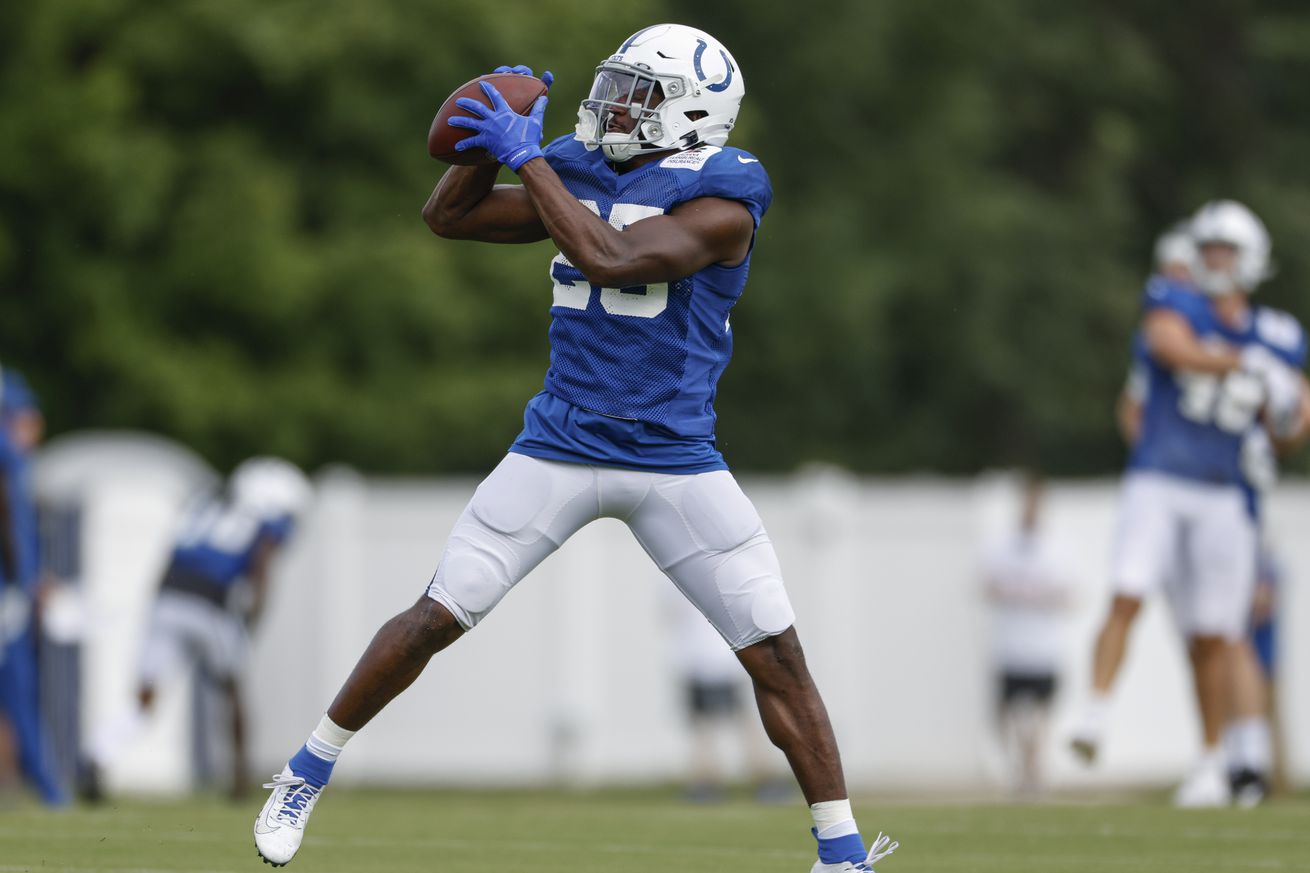 With the addition of so many pieces to the Colts roster, it has been easy to overlook Marlon Mack when considering the exciting elements of the 2020 offense. Somehow, despite having an excellent 2019 season, Mack has been a bit lost in the flurry of the offseason. In many ways, this is understandable. The arrival of Philip Rivers, the addition of Michael Pittman Jr. and Jonathan Taylor, and the return to health of T.Y. Hilton and Parris Campbell naturally have taken the driver’s seat in terms of the attention of fans and writers alike.

As he enters a contract year, Marlon Mack might just be the most exciting piece of the Colts offense as the season ramps up. Behind the best run blocking offensive line in the NFL and with the addition of a solid fullback in Roosevelt Nix, this team is primed to “run the damn ball” right from the jump.

Mack had an excellent 2019 season despite missing two games with a broken hand. Of 48 rushers with at least 100 carries, Mack ranked 4th in first down rate, 8th in touchdown rate, and 6th in success rate. He finished the season with 1,173 yards from scrimmage and 8 touchdowns. It was his best season yet, and showed a player who had matured even further in his 3rd season.

We saw a back who was patient in waiting for holes to open up, who consistently followed his blockers, and who took good care of the football. When he joined the team as a rookie, the worry for Mack was that he tended to bounce the ball to the outside if he didn’t see a hole immediately. That worry has been put to rest as he has developed.

The one area where it would be desirable to see improvement has been in terms of the passing game. As effective as he’s been, Mack is largely a one-dimensional player. In his 3 seasons with the Colts, Mack has been targeted a total of 76 times. In 2019, he was targeted for 17 passes and had 14 catches for 82 yards. Comparatively, Alvin Kamara was targeted 97 times, and even a player who is considered a more traditional runner like Ezekiel Elliott was targeted 71 times.

Clearly the Colts coaching staff took note of this, and with the addition of Philip Rivers to the team and his propensity to involve the backs in the passing game, they’ve been making a point of passing the ball to Mack early and often in camp.

The beat writers took note of this, and RB Nyheim Hines confirmed those observations:

“Obviously, my role as being the pass-catching back is important, but all those other guys have to be ready too. Marlon (Mack) has caught a bunch of balls. Probably more balls than I’ve seen him catch through our first five practices throughout that time. In a five-practice period, I don’t think I’ve seen Marlon catch more balls than he has with Philip. So it’s really great. Running backs are mismatches and we all have to be ready.”

Given the talent of the Colts offensive line, it is a given that they will run the ball often. With the backs they have at the ready, they should be more than capable of doing so very effectively. However, if they are able to tap into another part of Marlon Mack’s game, they could take him to a different level. When T.Y. Hilton was injured, Mack was the best offensive weapon on the roster last season. Finding more ways to get the ball in his hands is an obvious win.

What’s more, by involving Mack in the passing game, it allows the offense to be less predictable. If Mack is a serious receiving threat, defenses will need to account for him differently on pass heavy downs. It gives the Colts a completely new layer to their offense, and will put them at an advantage against opposing defenses. It also means his value keeps going up. Becoming a more versatile back means he gives himself a chance to get paid like some of the best backs in the league.

We will have to wait and see if this increase in targets for Mack becomes a reality once real game snaps take place, but all signs point to a much more dynamic season for him, and that’s great news for an offense that desperately needed a more effective passing attack.