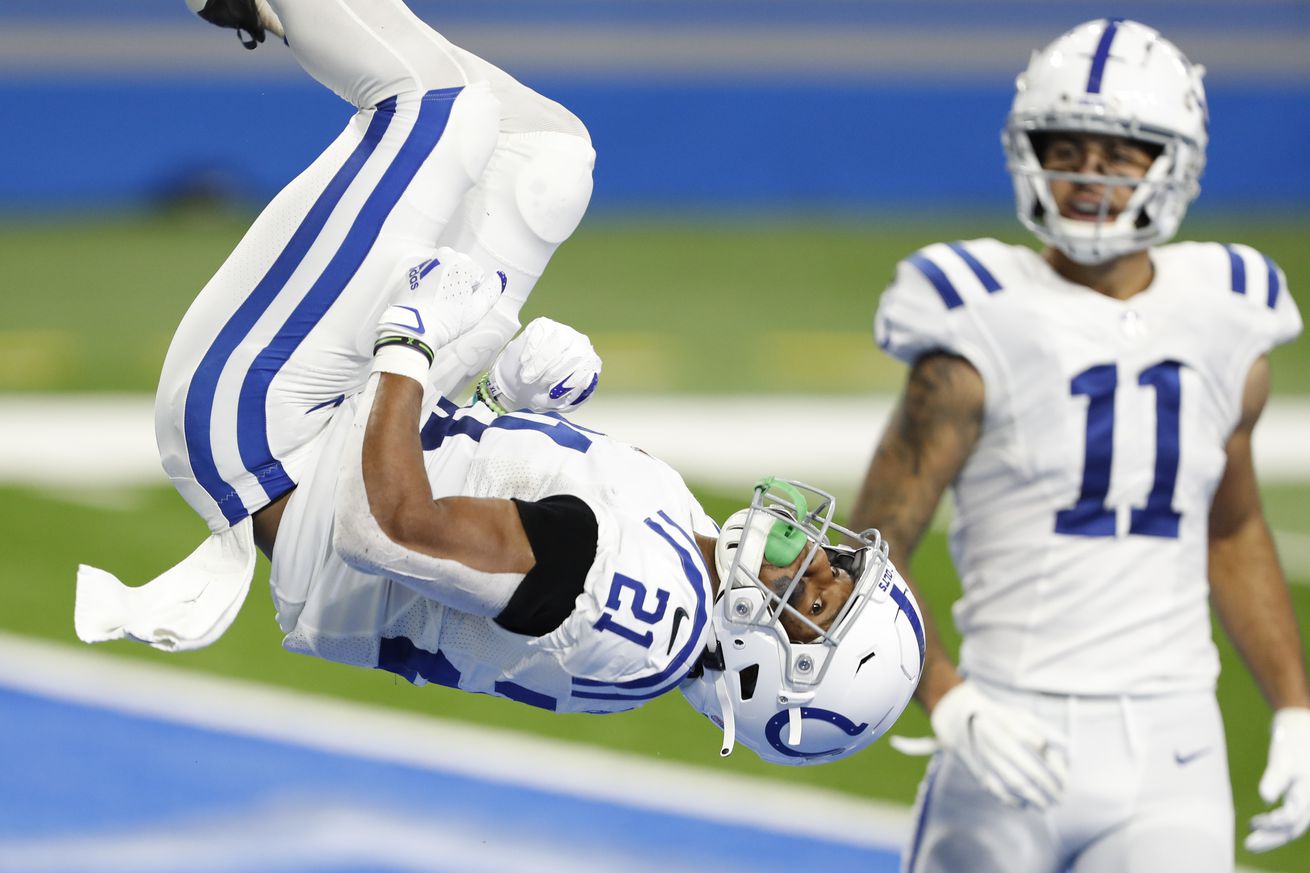 The Indianapolis Colts went into Sunday’s game on the back of a much needed bye week in week 7. The Colts came up against a team who were coming off a 2 game win streak having beat the Jaguars and Falcons. There were some strong showings during the 41-21 victory over the Detroit Lions, and a few poor ones, as well.

Philip Rivers is playing big time at the moment. Rivers has played exceptionally well since the 2nd quarter of the Bengals game and it didn’t stop against the Lions. Apart from the Colts first three offensive drives to start the game which all ended in punts, Rivers played lights out managing 5 touchdown drives. Rivers threw for 262 yards and 3 touchdowns, he only threw 10 incomplete passes all day. With the Colts schedule getting tougher the team needs Rivers to play his best football and he is.

Flipping, spinning and scoring touchdowns, Nyheim Hines did it all Sunday. Hines led the team in receiving yards and was joint leader for receptions. It was what Hines did as a receiver that shown out on Sunday. On just 3 receptions Hines produced 54 yards and 2 touchdowns. On his first touchdown reception he caught a pass out of the backfield ran down the sideline spun past a defender and dived for the end zone. Hines producing as a receiver is big for the Colts offense going forward especially in the absence of Parris Campbell and while TY Hilton is struggling.

The Colts rushing attack continued to struggle early in the Lions game. Jonathan Taylor was leading the rushing attack and was not gaining much at all. Jordan Wilkins however managed to produce and light a fire under the rushing attack in the snaps he did get. Wilkins ran for 89 yards on 20 carries, 4.5 yards per carry, and a touchdown. Wilkins appeared to be finding the holes the offensive line was creating and even created his own yards with slick cuts or breaking tackles. Wilkins needs to be getting more rushing carries going forward as it is clear to see he deserves them.

The Colts Special teams has been nothing short of spectacular this year so far, whether it was punts inside the 10 yard line, returning kicks for touchdowns or dominant special teams stops. However, on Sunday the special teams play of the Colts let them down. The Colts had a punt blocked which led to the Lions scoring there opening touchdown on the following possession. The Colts also missed two extra point kicks by kicker Rodrigo Blankenship who had been perfect all season prior. The Colts managed to pull the game back from special teams miscues but the mistakes need to be addressed because against better teams those mistakes can be more costly.

The Colts offensive line continued to struggle especially in the run game early. The Colts run blocking seemingly all year has been below what the team comes to expect from that unit. The Colts are averaging 3.5 yards a carry this year where as last year the team averaged 4.5 yards a carry. The Colts had only allowed 6 sacks all year before the Lions game but the offensive line allowed 2 sacks Sunday and Rivers looked to be pressured often early on. The unit needs to step up going forward as they go into the hardest stretch of the schedule.