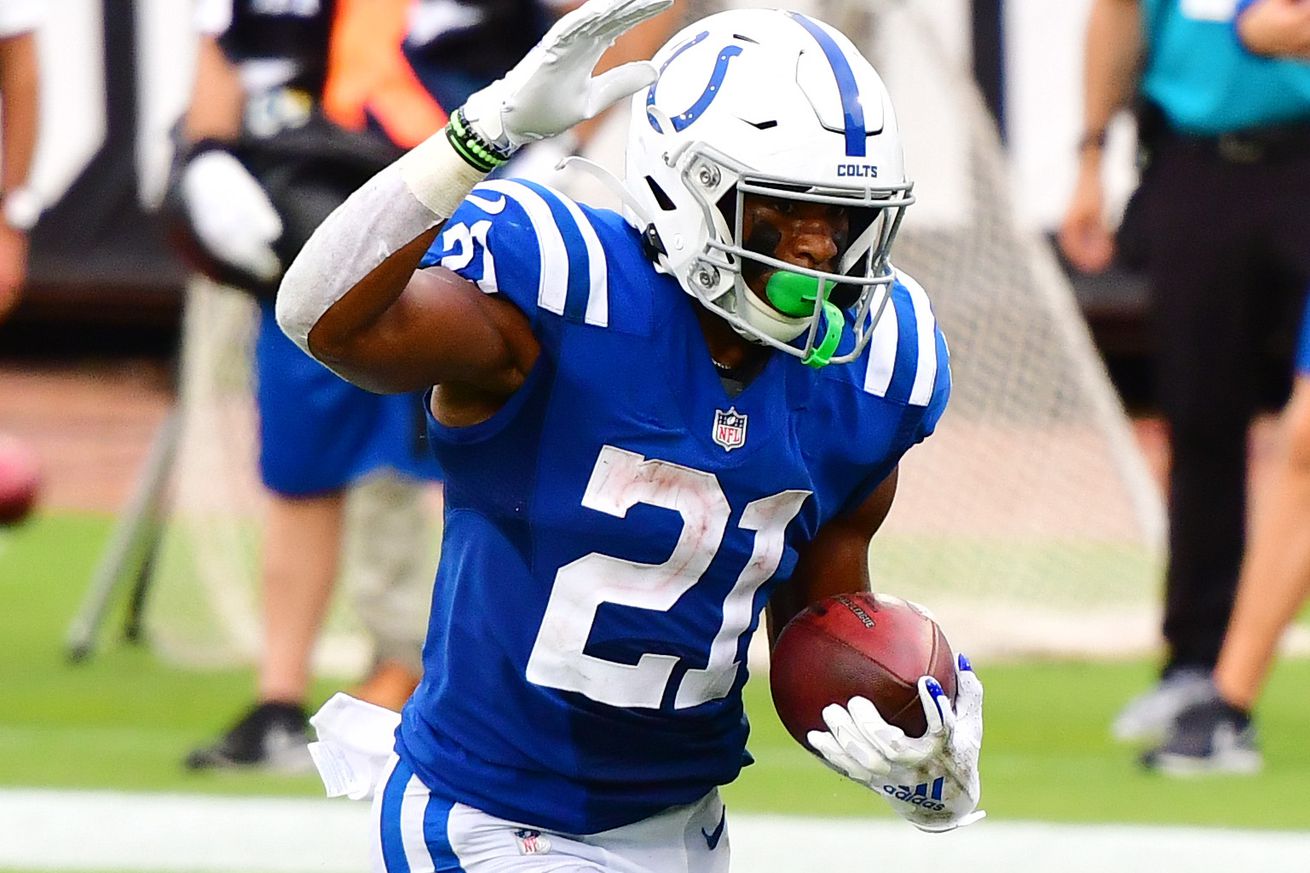 The Indianapolis Colts entered their first game of 2020 after an encouraging training camp and were receiving hype as an early AFC favorite. They faced a supposedly rebuilding Jacksonville Jaguars team who were starting a second-year QB and who entered the season as possible favorites to receive the top pick in the 2021 NFL Draft.

While the outcome flipped that script, with Jacksonville extending their home streak against Indianapolis 27-20, not all Colts players left the game with the same outlook as they did when they entered it.

The Colts backfield received a lot of attention during the offseason but it was Nyheim Hines, not Marlon Mack or rookie Jonathan Taylor, who flashed the most on Sunday. Hines was thrust into a starting role after Mack went down injured (more on Mack’s injury here) and did not disappoint. He finished second on the team with 7 carries, 28 rushing yards and a touchdown. He also led the team with 8 receptions for 45 yards and another touchdown.

Rivers is known for involving his backs in the passing game and that bodes well for Hines as the season progresses.

Speaking of the backfield, Taylor was limited to only 26 snaps (36% of total snaps), but what he did with those opportunities was impressive. Taylor went a long way to silence concerns about his hands by catching 6 passes, which he took for 67 yards — good for second on the day behind Parris Campbell. He showed excellent burst and acceleration after the catch but added to his production with 22 rushing yards as well.

Finally, Campbell was expected to have an immediate impact in the Colts offense after he was selected in the second round of the 2019 NFL Draft. Injuries derailed his rookie season but he showed Colts fans a glimpse of what he can do on Sunday. Campbell caught 6 passes for 71 yards and looked like the best Colts wide receiver throughout the day. There appears to be a good connection between Rivers and Campbell and it will be exciting to see how they build on their Week 1 effort as the season progresses.

DeForest Buckner was the Colts’ prized addition this offseason, costing the Colts their 2020 1st round draft pick an a huge contract extension. He was advertised as a terror on the interior of the defensive line and the supposed missing piece that would take the defense to the next level. He played 86% of the team’s defensive snaps and had plenty of opportunity to affect the game but his 6 total tackles and 1.5 tackles for a loss didn’t stop the Colts defense from getting around in the run game, allowing a fourth-string rookie undrafted running back to rush for 62 yards and average 3.9 yards a carry.

Buckner needs to step up and show the Colts were warranted when they invested so much to bring him to Indianapolis.

Phillip Rivers threw for 363 yards, completed 36 out of 46 passing attempts, and added a touchdown. He led an offense that didn’t punt all game.

Why is Rivers on the stock down list? Because his decision making led to turnovers.

Rivers threw two interceptions against the Jaguars and if it wasn’t for a defensive penalty it would of been three. The first interception was an awful throw into double coverage trying to force the ball to TY Hilton when he had Pascal open on a crossing route. The second interception was due to Rivers staring down his receiver. Rivers is as advertised, he’s a good quarterback who takes chances. Sometimes this mentality pays off. Unfortunately for the Colts, that wasn’t the case on Sunday.

While the Colts defense put in a poor showing, the secondary and Xavier Rhodes were particularly poor. Rhodes was brought in through free agency to replace Pierre Desir. Unfortunately, he looked lost and overwhelmed and was beaten often by Jaguars receivers, allowing a 152.1 passer rating, and looked to be at fault for a wide open Keelan Cole touchdown in the fourth quarter.

Rhodes was intended to be a veteran addition to the Colts secondary who would help the unit reach another level after a mediocre showing in 2019. So far, he looks like more of a problem than a solution.