When the Indianapolis Colts get on the clock for their first pick in the 2021 NFL draft, it is anybody’s guess as to which direction they could go.

They could trade up or select their future quarterback. They could take Anthony Castonzo’s replacement at left tackle or even add to the skill positions.

In Pro Football Focus’ latest mock draft, the Colts went in another direction at a position of need. With the No. 21 overall pick, they selected edge rusher Gregory Rousseau out of Miami.

Rousseau is one of the biggest unknowns in the class, but his physical tools give him the chance to pay big dividends. Size, length, athleticism, bend, versatility are all boxes the 6-foot-6, 260-pound defensive linemen checks, but consistency and production are not. Yes, he notched 16 sacks in 2019, but that’s a bit noisy. Over half of those sacks were charted as either unblocked or as a cleanup sack, and Rousseau ranked outside the top 50 in the FBS in pass-rush grade and win rate.

He’s going to be a bit of a project, but the flashes of high-end reps and the tools are too hard to ignore.

Adding to the defensive end room is an absolute must this offseason for Indy. They have elite pieces on the interior in Grover Stewart and DeForest Buckner, but it is the edge that keeps this unit from being in the upper tier of pass rushers.

Rousseau has been described as a raw prospect but with an extremely high ceiling. He opted out of the 2020 season due to concerns with COVID-19 so he didn’t get to show off any improvements with his consistency.

It will be interesting to see what the offseason has in store for the Colts, but they should have an eye on the edge rushers in this class. 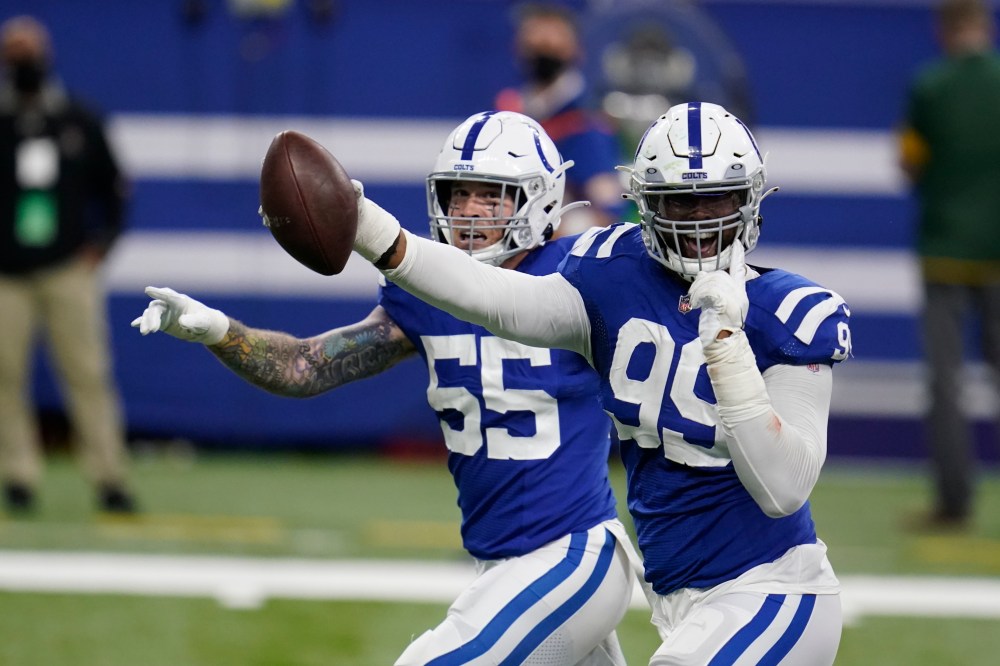