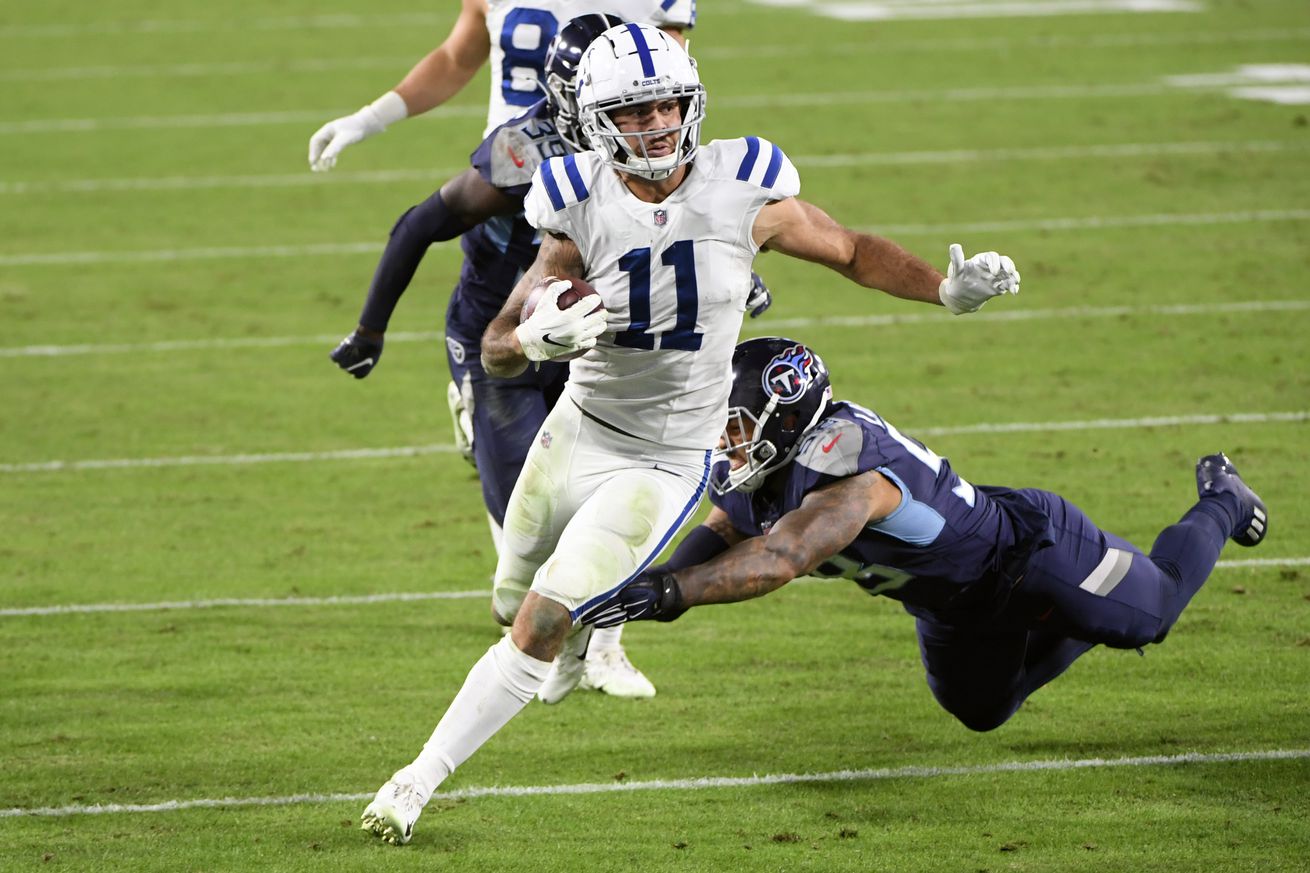 According to Indianapolis Colts head coach Frank Reich, his team’s rookie wide receiver Michael Pittman Jr. ‘runs like he wants to hurt somebody’:

Reich on rookie WR Michael Pittman Jr.: “He runs with the ball in his hand like he wants to hurt somebody.” #Colts

He’s not wrong either.

Pittman Jr. had a breakout debut campaign game for the Colts on Thursday night, catching a career high of 7 receptions for 101 receiving yards (14.4 ypr. avg.)—including a long reception of 40 yards.

Perhaps most impressive for Pittman Jr. wasn’t the catches themselves, but what he did afterward, as the 6’4”, 223 pound wideout moves surprisingly well for his sheer size—showing excellent burst and acceleration in the open field.

Pittman was cruising past defenders and actively seeking out physical contact—perhaps channeling his father, former NFL running back Michael Pittman Sr., who was known as a tough, physical rusher during his 11-year career with the Arizona Cardinals, Tampa Bay Buccaneers, and Denver Broncos respectively.

We are here for the Michael Pittman Jr. breakout party! pic.twitter.com/sSOzT1YyaZ

Even here, most receivers would’ve stepped out of bounds late, but Pittman Jr. stayed in bounds and speared his way to a few more yards. #Fearless https://t.co/olEXB4Nuj7

Pittman Jr. might be a chip off the old block in that regard, as the big bodied wideout definitely plays with a sizable chip on his shoulder—as a physical runner with the ball in his hands—looking to mix it up and force smaller defensive backs to begrudgingly bring him down in the open field.

Head coach Frank Reich indicated that he felt Pittman Jr. was in-line for a more prominent role within the Colts offense—after he had 4 receptions for 56 receiving yards (14.0 ypr. avg.) just a week prior against the Baltimore Ravens:

Reich said the staff felt Michael Pittman could build off the Ravens game.

“If we’re going to go where we want to go, he’s going to have to be a guy… There was a conscious effort.”

To his credit, the Colts rookie wideout is starting to look more comfortable within the offense with veteran quarterback Philip Rivers—having had a shortened training camp and limited physical team activities due to COVID-19.

He also may be getting his conditioning and confidence back—following a rare compartment leg syndrome injury in his calf which cost him 4 weeks of inactivity:

Also said he had some mental hurdles to clear coming back from injury.

The Colts need Pittman Jr. to continue to step up too.

With veteran wideout T.Y. Hilton still having an unusually quiet season, the Colts offense lacks top-end playmakers and ‘juice’ at times. Pittman Jr. along with the likes of running back Nyheim Hines and hopefully even fellow rookie Jonathan Taylor could be difference-makers down the stretch with their ability to generate big plays offensively.