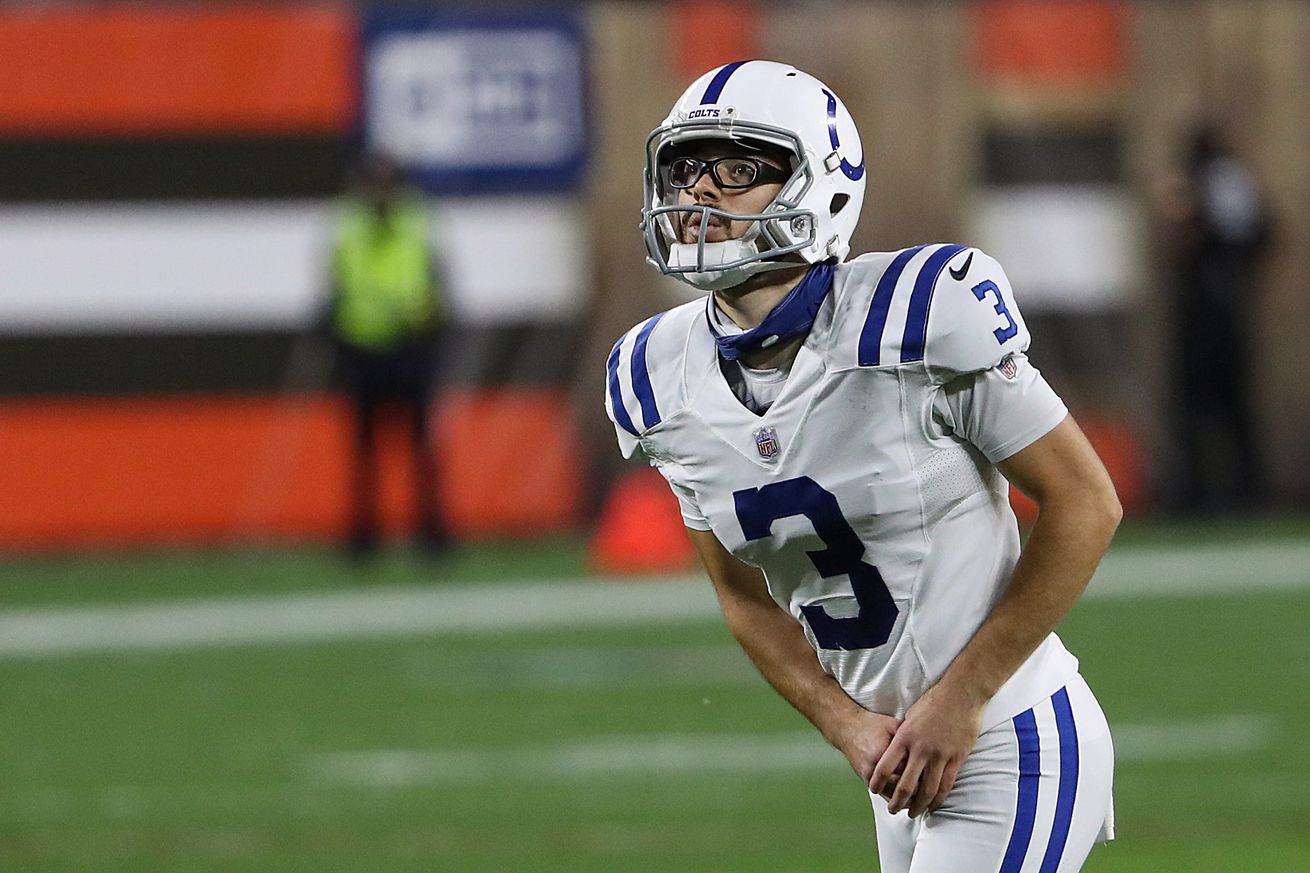 At least four Colts rookies were highly involved in Sunday’s road test in Cleveland. Jonathan Taylor continues to serve as the team’s primary rusher, Julian Blackmon has continued to have an impact on defense, Isaiah Rodgers showed off his speed in the return game and Rodrigo Blankenship appears to be settling in as the team’s placekicker.

Here’s a closer look at their contributions.

Jonathan Taylor received over half of the offensive snaps in the backfield. Nyheim Hines continued to be the third down and change of pace option. The difference in terms of production was considerable. Taylor rushed the ball 12 times for 57 yards and a touchdown, an average of 4.8 yards per carry and he is still leaving yards on the football field. While it’s true that Cleveland led from the second quarter on, it’s also true that the Colts have not committed to making running the football their identity in 2020.

With a backup left tackle against the best defensive end in the league, it’s kind of incredible that wasn’t the plan coming into the game. With a back who was averaging a first down on every two carries, why not control the ball and impose your will on the ground? It’s what has worked for the Browns to get their recent streak going and the Colts seem unwilling to get back to the basics.

While the Colts front seven is getting a lot of deserved attention to start the season, the secondary has frequently outperformed any preseason expectations. One important reason for this is the stellar play of rookie safety Julian Blackmon. It remains astonishing to think that he left his last college game in December with a torn ACL only to find his way into regular season action in the NFL well less than a year later.

Blackmon brings speed and range to the backend of the defense, the kind of speed and range the Colts were hoping to add with Malik Hooker. He is a great complement to Khari Willis and together they present a formidable challenge to opponents. Despite spending his entire summer rehabbing and trying to simply get back into football shape, Blackmon has played with incredible speed and instincts and lays bone-rattling hits that you wouldn’t expect looking at him.

While rookie kicker Rodrigo Blankenship showed some early nerves, he has settled in the last couple of weeks to give the Colts a reliable scoring option when things breakdown in the red zone. He is currently the league’s leading scorer and really appears to be settling in with the team. If he can continue to build confidence, the Colts may have a long-term solution and a group of young kickers that is arguably the best in the league.

Rookie defensive back and return specialist Isaiah Rodgers made Colts scouts and his coaches look good on Sunday. His second half kick return for a touchdown that came on the heels of a Philip Rivers pick six was incredible. Coaches talked about his talent and the feeling that he was getting really close to running a kick back in the week leading up to the game and Rodgers came through. With Rodgers and Hines fielding kicks and punts, the special teams room looks even stronger.

While last season was partially defined by special teams struggles, this season has seen the Colts establish one of the strongest special teams units in the league.