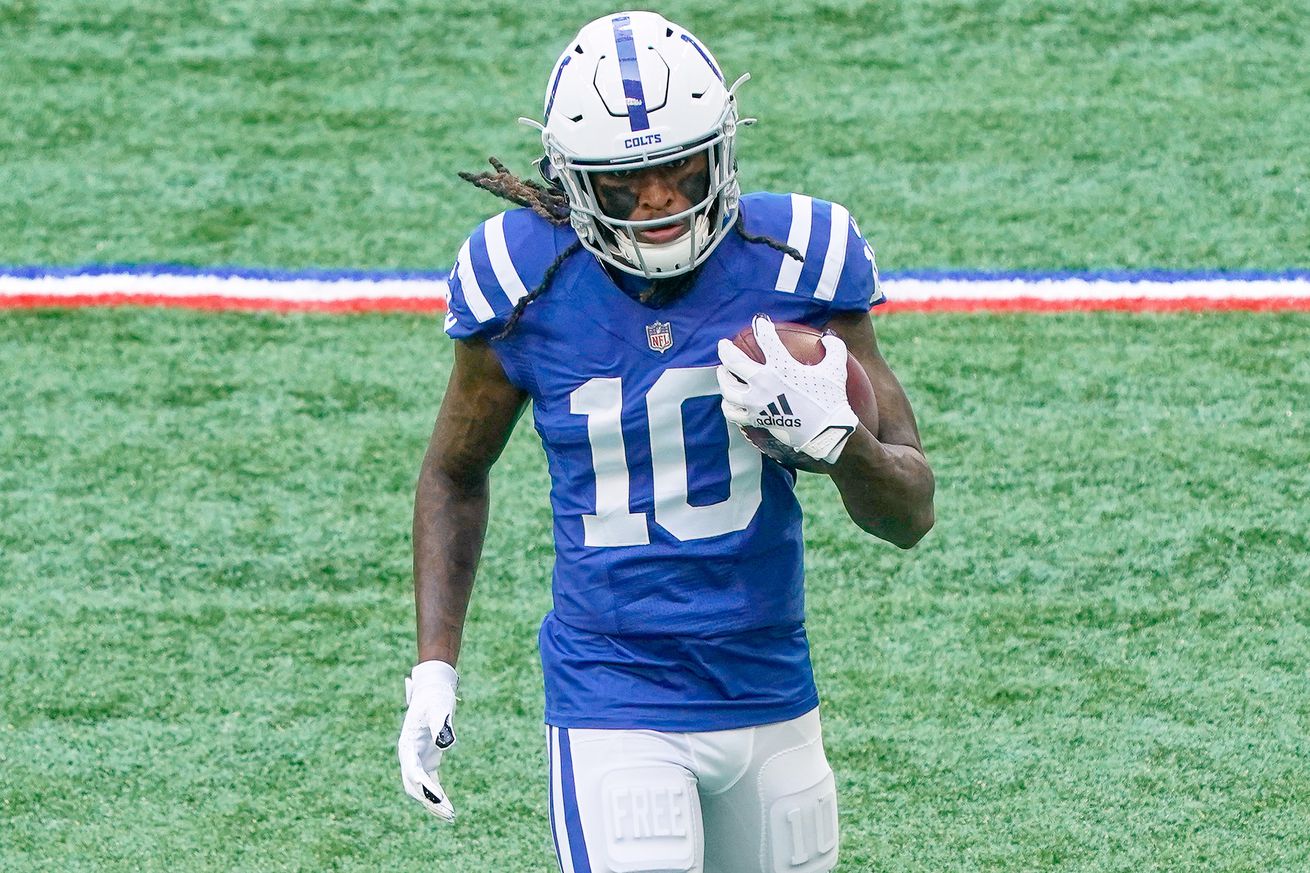 The Indianapolis Colts announced on Tuesday that the team has re-signed wide receiver Daurice Fountain to the team’s practice squad and waived running back Darius Jackson from their taxi squad in a corresponding move.

Fountain was waived on Saturday from the Colts active 53-man roster, as the team needed to free up a spot for fellow wideout Michael Pittman Jr.—who was activated off of injured reserve.

The former 2018 5th round pick of the Colts was seemingly a priority to be re-signed to the team’s practice squad (assuming he cleared league waivers) and that held true on Tuesday.

The 6’1”, 210 pound wideout remains a developmental depth piece for the Colts and is a ‘feel good’ story, having overcome a 2019 season-ending ankle injury in training camp to persevere and make the team’s active roster this season.

While Saturday was a setback for Fountain, the fact that the Colts continue to want to keep him within the organization speaks to the team’s conviction in his talent, ability, and long-term playing potential.