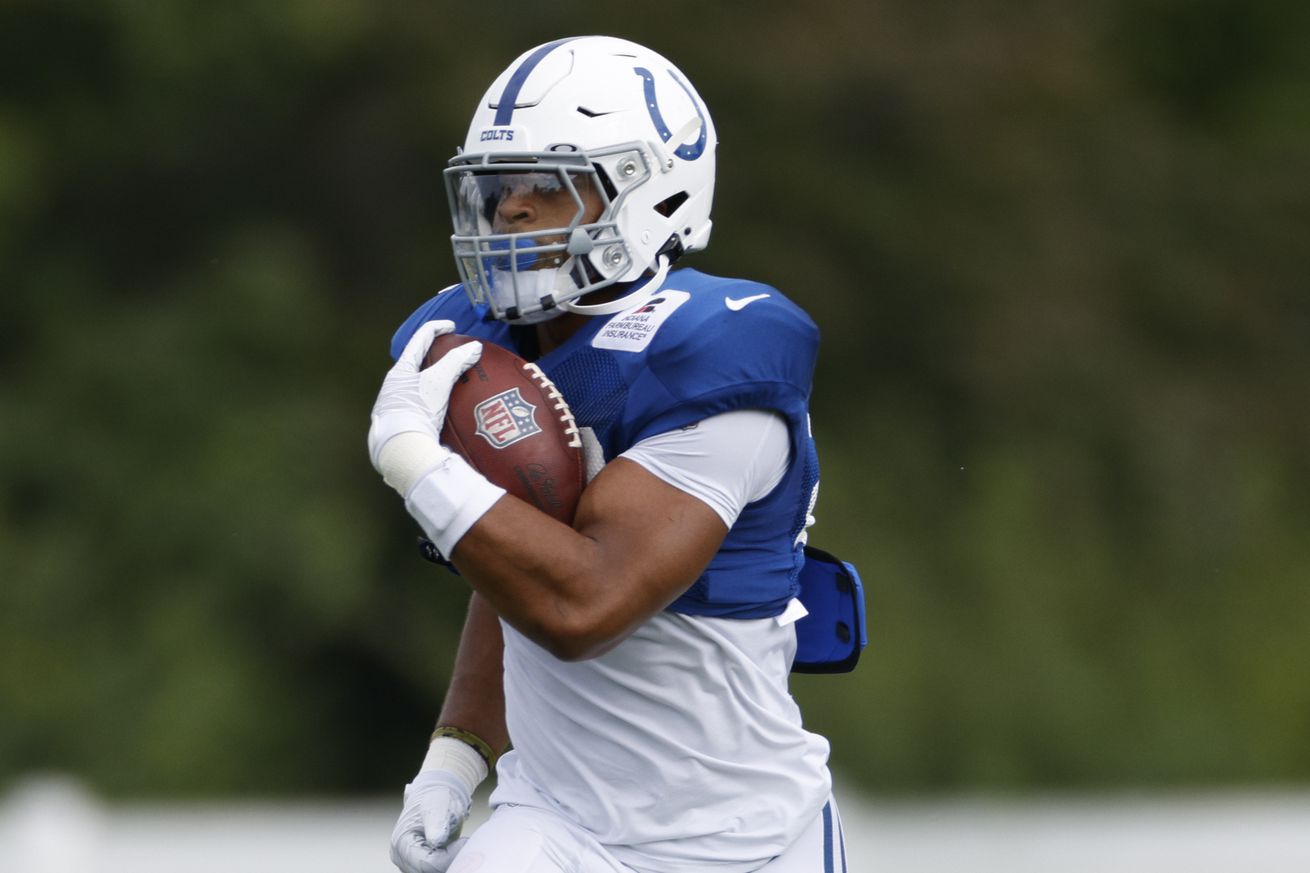 According to multiple media reports, Indianapolis Colts rookie running back Jonathan Taylor is already showcasing his tantalizing speed, power combination at this week’s training camp—which is the first week of the team’s padded practices:

At 5’10”, 226 pounds and featuring a 4.39 forty time, Taylor is a big bodied, athletic freak with game-changing speed and pure power for the Colts at running back—as one of the top rookie rushers in his draft class—and a talent that Indianapolis traded up to safely snag with the 41st overall pick in this past April’s NFL Draft for fear of losing him off the board entirely.

Taylor rushed for back-to-back seasons of over 2,000 rushing yards for the Wisconsin Badgers (and very well may have been the NCAA’s career rushing yards king had he stayed for all four years at Madison—as the five rushers ranked ahead of him all-time were all 4-year collegiate rushers).

While last year’s 1,000 yard rusher Marlon Mack should be Indy’s early season starter—and no one should sleep on him by any means—as he’s a productive rusher, Taylor should still be prominently featured as a workhorse in the Colts backfield—-who are planning on taking a ‘hot hand’ approach in 2020.

He’s not just a rare physical specimen though, as Taylor has great vision/patience and projects to be a natural fit in the Colts’ power zone blocking scheme—running behind the likes of All-Pro road grader Quenton Nelson among other standouts.

As it stands, Taylor is a dynamic talent at the Colts running back position, who should provide electric, home-run hitting ability—as well as a big bruiser in their backfield:

Had the offense hooting and hollering after a couple DBs bounced right off Taylor and to the ground.

Tavon Wilson (31) hits like a truck, but watch him go down when Jonathan Taylor barrels into him. The kid runs with more power than you think. pic.twitter.com/GSZLwd1vOr

And from last week:

Today was the first 11-on-11 day of the 2020 Colts training camp. Highlights included Parris Campbell hauling in a bomb from Rivers; and Jonathan Taylor showing his 4.39 speed. EYE-OPENING.