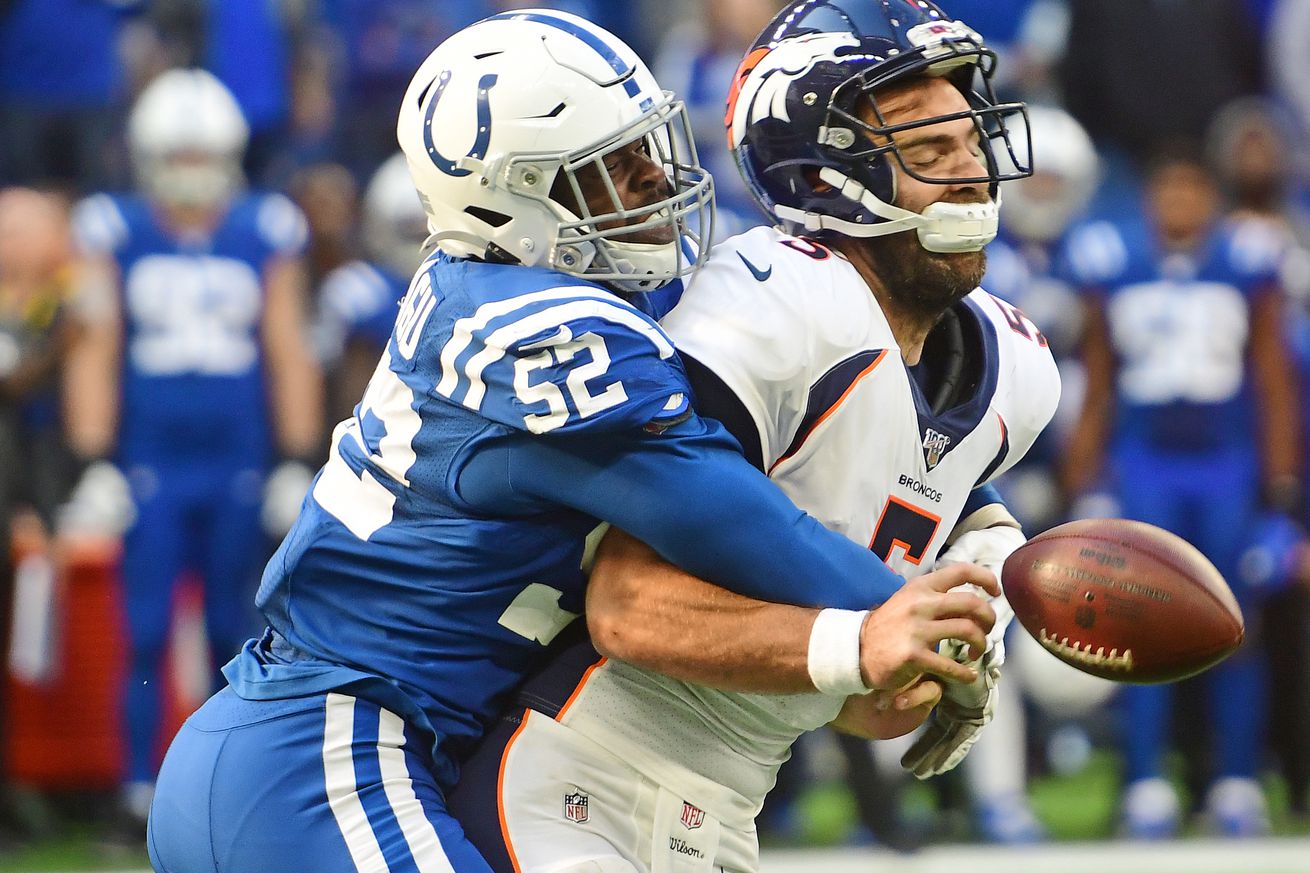 As the Indianapolis Colts prepare for their largest test to date against the Baltimore Ravens, a lot will be on the table for the Colts if they can get themselves a victory in Lucas Oil Stadium. The Colts could hold an extra chip as they begin the toughest stretch of their season if they’re able to stop the Lamar Jackson led Ravens’ offense.

Additionally, Philip Rivers will need to stay on the track he’s been on the past couple games (6 touchdowns, 1 interception) if the Colts are to put some points up on a vaunted Ravens’ defense. Rivers can’t revert to his production from his first five games (4 touchdowns, 5 interceptions) with a horseshoe on his helmet, and expect to come out of Week 9 with a win.

With T.Y. Hilton being reeling from a groin injury, Mo Alie-Cox and Marcus Johnson trying to recover from a knee issues, Rivers will certainly have his work cut out for him. Ryan Kelly, Jonathan Taylor, and Jordan Wilkins have all had a full week of practice so there’s some reason for optimism in that regard.

While the Colts are a bit banged up at receiver, and have apparently had a Covid scare with a handful of the team’s most influential players, the Ravens have also had an odd week of practice as their linebacking corps were forced away from practice with a Covid scare of their own.

The Ravens will be without Marlon Humphrey today, Mark Ingram didn’t practice all week, and Jimmy Smith has been dealing with a back issue as well, so the Colts have some holes they can exploit in this matchup. Now they’ll have to answer the question of whether they can or not.

The good news for the Colts today is that we should see Johnson and Alie-Cox being healthy enough to contribute as they’ll be active today, and Dezmon Patmon remains inactive. The Colts also elevated Daurice Fountain to the active roster in the wake of injuries to the WR corps which makes things interesting.

Michael Pittman may need to show off some of the flash that the Colts and fans have been so excited to see in order for the team’s pass catchers to remain effective, and multiple.

Ben Banogu is a bit of a surprise inactive today as the Colts have seven players on the inactive list today.

Here are the inactives for the Ravens in this matchup.

Inactives for today’s game vs. the Colts. pic.twitter.com/UOvnTmp0Ku