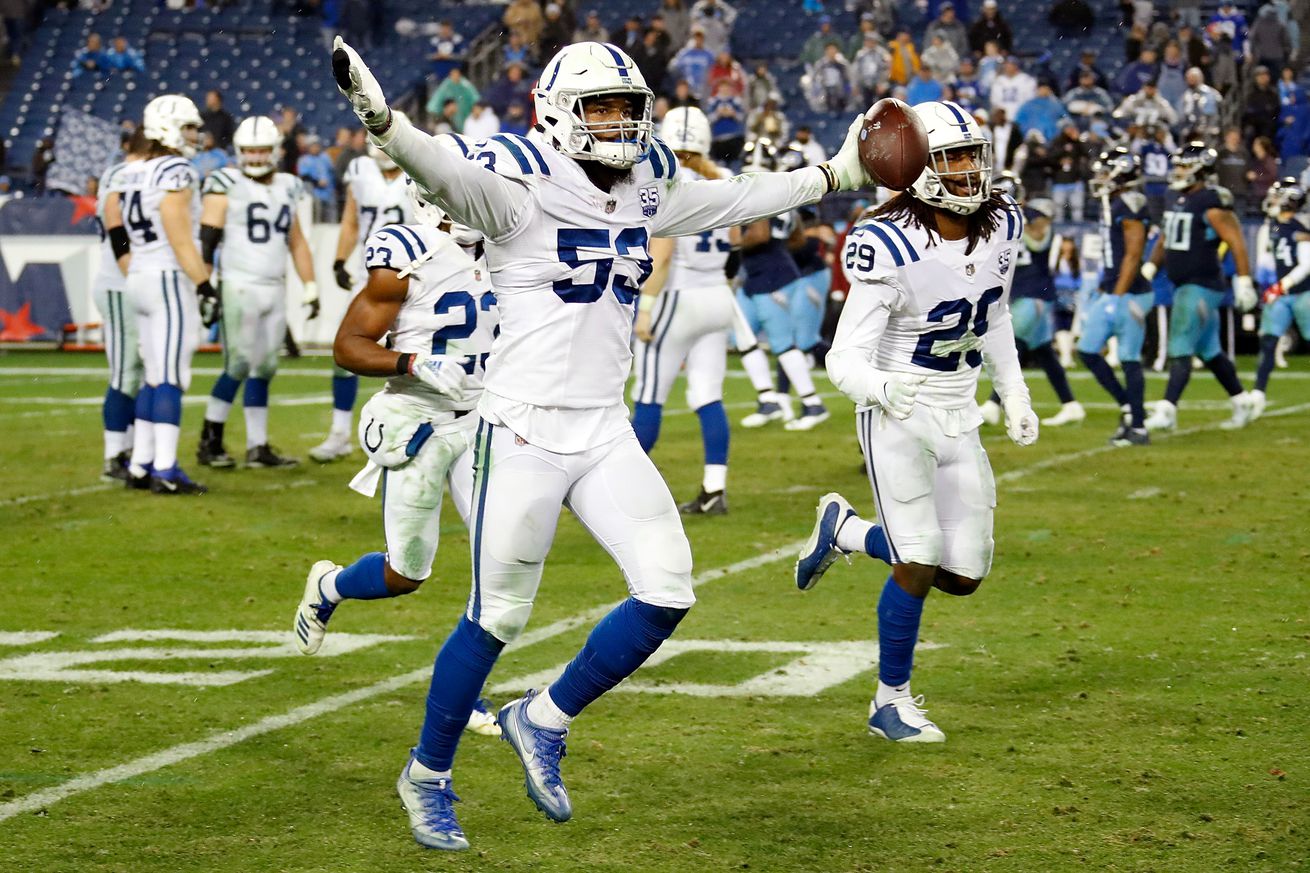 According to ESPN NFL Insiders (subscription), the Indianapolis Colts are ranked in the Top 10 in the NFL’s future power rankings:

Why they’re here: The Colts check so many of the boxes for a team that is doing things the right way: GM Chris Ballard is exceptional, drafts well, is opportunistic in free agency and finds developmental players. Coach Frank Reich and his staff make players better and they always play at maximum effort; the question for Indy is at quarterback, as Philip Rivers looks to bounce back after 20 interceptions with the Chargers last year, and is signed to a one-year deal. — Yates

Biggest worry: I saw signs of serious decline in Rivers’ play a year ago. The Colts think that was an anomaly. This roster is getting stronger and it added some very nice pieces through the draft, but if Rivers can’t get it going and play at a higher level again, the Colts will be looking for another QB sooner rather than later. — Riddick

Looking ahead: Surround DeForest Buckner with more pass-rush help up front. Justin Houston outplayed expectations with 11 sacks last year, but at age 31 might not hold up. The Colts have pumped out productive drafts for roster balance. Adding to the front might be the next step. — Fowler

Top stat to know: Indianapolis is a soft landing spot for Rivers. Not only is he playing behind the unit that ranked third in pass block win rate last season, but he’s on the team with the easiest strength of schedule in the league, per FPI. That’s all good for 2020, but this team’s future has more questions beyond then. — Walder

“After averaging the results from the panelists, each of the five categories was weighted to create the overall score — roster (30%), quarterback (20%), draft (15%), front office (15%) and coaching (20%). The result is a comprehensive ranking based on how well each team is positioned for the future.”

It’s largely a testament to both Ballard and Reich’s drafting (2nd)—with some key signings and trades also factoring in—which should only continue in Indianapolis.

The bad news is that the experts don’t think all that highly of new Colts veteran starting quarterback Philip Rivers (ranked 26th)—seemingly thinking he’s well past his prime.

The 38 year old gunslinger does remain the critical question regarding the success of this year’s Colts squad—and whether they can win the AFC South and make a possible deep playoff push.

If Rivers regains his 2018 form with the Chargers, where he threw for 32 touchdowns to 12 interceptions, the Colts will be very happy—and that’s the hope throwing behind a much better pass protecting offensive line in Indianapolis and a much anticipated reunion with Reich.

The 17-year veteran will also have a Colts’ power running game to heavily lean upon (with both Marlon Mack and Jonathan Taylor), which should free up opportunities for play-action and the ability to take calculated shots downfield. He won’t have to carry the Colts offense.

However, if Rivers is indeed ‘cooked’—and is closer to the aging veteran who threw for just 23 touchdowns to 20 interceptions this past season, the Colts probably won’t make much meaningful noise in the AFC South or overall.

The encouraging news is that the Colts future is very bright—as a Top 10 ranked NFL team in ESPN’s future power rankings. It’s just the issue of finding a potential long-term answer at the starting quarterback position (or a renaissance season from Rivers—and another 1-year ‘re-up’) that could possibly catapult the Colts closer to the top.