Our friends over at Touchdown Wire have been releasing their positional rankings entering the 2022 season, and Indianapolis Colts guard Quenton Nelson finds himself a bit lower on the list than expected.

After holding the top spot on the list entering the 2021 season, Nelson was moved down two notches to No. 3 overall behind Dallas Cowboys’ Zach Martin and Cleveland Browns’ Joel Bitonio.

Here’s what Touchdown Wire had to say about the ranking:

The difference in 2021 was the number of those snaps, and the occasional quality of the pressures allowed. Nelson missed three games last season due to an ankle injury and COVID concerns — the first games he’s missed in his NFL career — and there were times when he wasn’t the same completely dominant guy on the field.

Nelson was still an elite guard in the NFL despite the “down” season. He’s still going to reset the market when it comes to his new contract, which should be coming up soon.

The quick release of Matt Ryan should aid the pass protection along the offensive line seeing as they won’t have to hold blocks as long as they did with Carson Wentz.

But in order for the Colts offense to really find its groove, Nelson will need to return to his typically consistent dominant self in 2022. 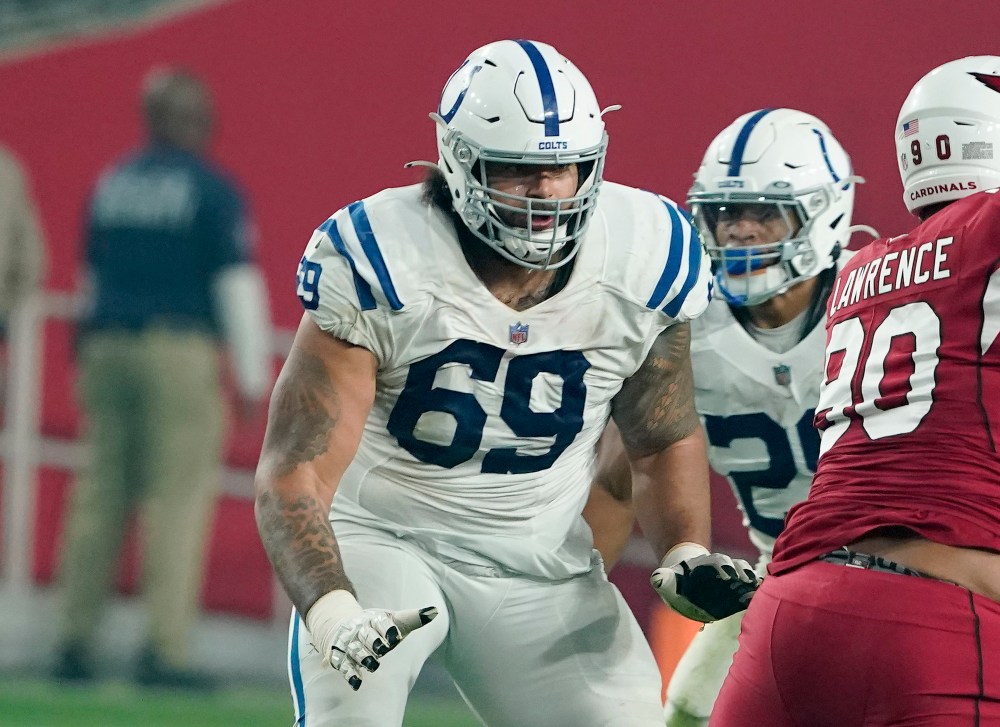