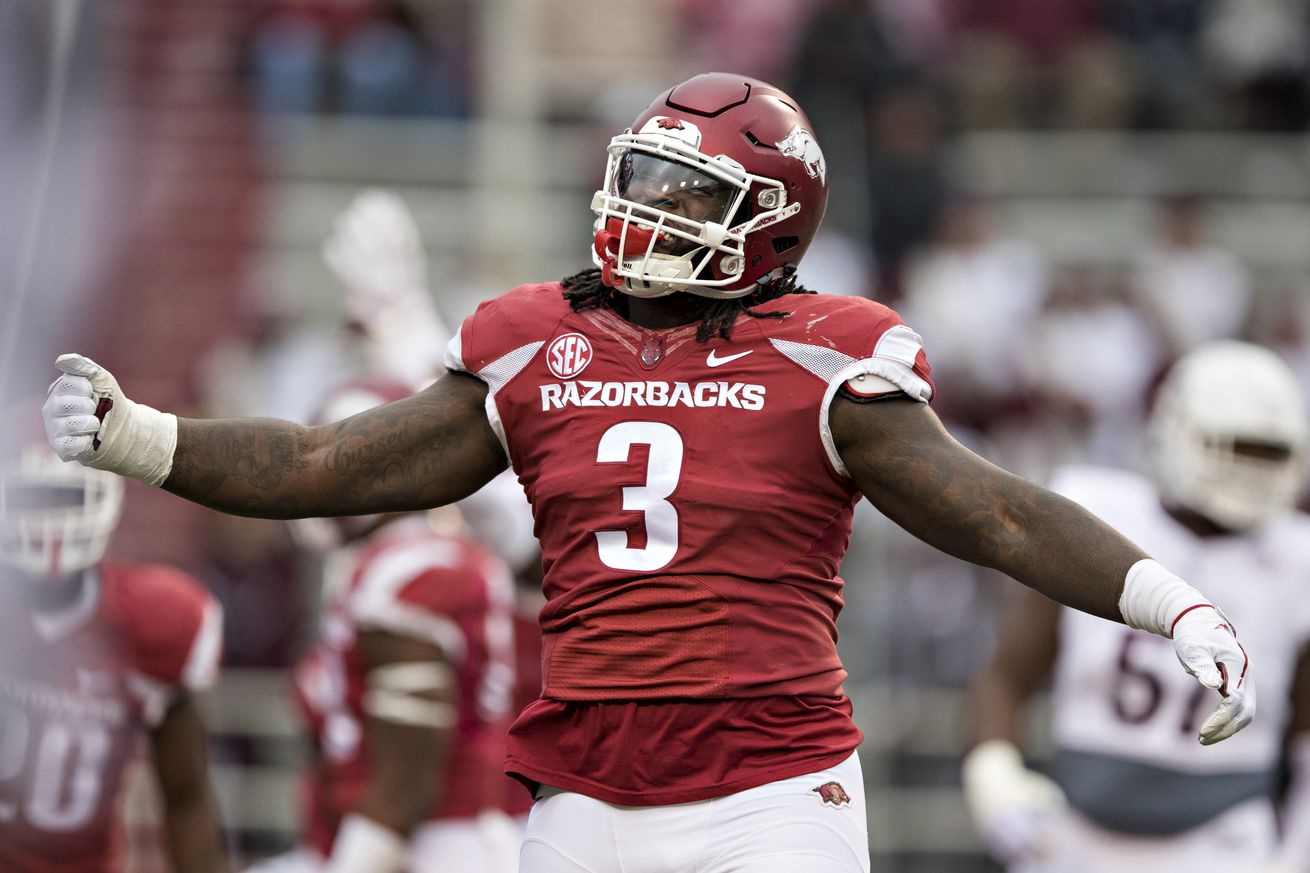 A popular series from last draft cycle is returning yet again at Stampede Blue. Last offseason, I interviewed over 40 prospects that could eventually be fits for the Indianapolis Colts in the 2019 NFL Draft. As a result, we were able to find out a lot about two Colts who went on to eventually be drafted by the team in Marvell Tell III and Khari Willis. This year I hope to interview even more prospects so you all can get an inside look at these player’s accomplishments and mindsets going into this next draft.

Our next prospect is defensive tackle McTelvin Agim. We had a great conversation about his position change to interior defensive lineman as a Senior, his work on his hand usage, and his go-to move as a pass rusher.

Fit with the Colts:

Despite adding DeForest Buckner and Sheldon Day to the defensive line this offseason, the Colts could still use another interior defensive lineman this draft cycle. While they may not need to take one on day two, grabbing a toolsy athlete on day three could be an interesting add. Agim has all the talent in the world as he is a super athletic and explosive former five star player out of Arkansas. He is a bit raw, and has to work on his pad level and consistency, but he is the perfect player to sit behind Day and Grover Stewart to learn for a season. The upside is there and he could be a nice grab on day three.

McTelvin Agim has a lot to work on but if i’m throwing darts on day 3, he’s one I like.

ZH: So you were a big time five star recruit out of high school but you decided to stay local and attend Arkansas. What went into that decision for you?

MA: Well I’m actually not from Arkansas originally, I’m from Texas. When I moved to Arkansas during high school, it just felt like home to me. The area felt like home and then when I visited Baum-Walker Stadium and met with the coaches, it just felt like home. They were the most aggressive team recruiting me and they made me feel very wanted at their program. Also, I wanted to go to a school like Arkansas because I wanted to be a part of building a legacy. I saw a program with potential and wanted to be a part of something special and grow with a university as it was growing too.

ZH: Before we get to your on the field stuff, I noticed you were an All-SEC Academic Team selection the last few years. How important was it to you to be well rounded both on and off the field?

ZH: I read an article about how going into your Senior season, the coaches wanted you to play interior defensive line. I saw a quote from Coach Morris that said something along the lines of, “Either play inside or just declare for the Draft.” How was that transition inside for you?

MA: Well that article has to be a misquote, actually, because I was the one who went to the coaches and asked them to move me inside my Senior season. I asked them because I knew that was my best fit and if I had a shot at the NFL, it would be on the inside. I played inside my Freshman season and I know that would be my best fit for the NFL. I actually told the coaches after my Junior year that if they weren’t going to move me inside, I was going to enter my name into the draft and take my chances there. They wanted to move me in during my Junior year but we just didn’t have the depth on the outside for that. Luckily I had a very good coach in Chad Morris, who talked with me and agreed that moving inside was best and I was able to have a good year as a result.

ZH: Do you feel like that move the interior was the best move for you going into this process?

ZH: I love that you talked about your athleticism there because that is a huge plus in your game. I also like how strong and active your hands are. How important is it to you to have quick hands to get inside on opposing linemen?

MA: Honestly I think that is the most important thing a defensive linemen can have. It all starts with the hands and getting inside position because once you get there, you can beat any linemen. I’m still working on using my hands more and getting better position on my reps. It’s not like I had a lot of bad plays or anything but like there are so many plays that I could have done much more if I did more with my hands. I know how important it is to have good and strong hands so it is something I’m continually working on.

ZH: Refining and working on your craft is huge in the NFL. Most young players like yourself are going to have to step into a locker room and be a sponge and learn from veterans who know what they are doing. How comfortable do you feel being that sponge and learning your first couple of years?

MA: Oh, very comfortable. It’s not just about being that sponge, either. It’s about developing a relationship with these guys and being your genuine self with them. You can be a sponge and try to take in all the information you can but you aren’t going to learn anything unless you can build that relationship and be genuine. When you find players to learn from who you really genuinely connect with and have the same goals as, that is when you can find success. I’m just going to go in and be myself and learn as much as I can.

ZH: What would you say is your go-to pass rush move as of right now?

MA: I’d have to say the club-rip. I love to club because I can come down on their arms and throw off their balance and leverage. I then come with the rip to move around them and corner the edge to make a lane to the quarterback. So I would say that is my go-to move right now.

ZH: Who are some NFL guys you like study and take parts of their game to help you on game day?

MA: You can’t study defensive line play in the NFL without turning on Aaron Donald’s film. He is great and the best thing about him is he is a four down player. You never want to limit yourself to being just a first down guy or just a third down specialist. He brings it on every down and is complete and also dominant. I also like watching Jadeveon Clowney too. The numbers aren’t really there but he is so disruptive and effects the offense on every play.

ZH: Final question for you before I let you go. What is my team getting if they spend a draft pick on McTelvin Agim?

MA: Well first off, they are getting a hard worker who is going to do anything he can to help the team win. I want to be a part of something special in the NFL and I’ll do anything to help the team make that happen. I’m also not going to come in and be a demanding guy in the locker room and over step my place. I’m respectful and genuine and good to get to know in the locker room. Also, I really want to give back and help the community and help the youth in the area wherever I go. There was a point in my life where I was young once and a lot of people stepped in and helped me on my path. I want to be able to do that for the youth in whatever community I go to in the NFL.