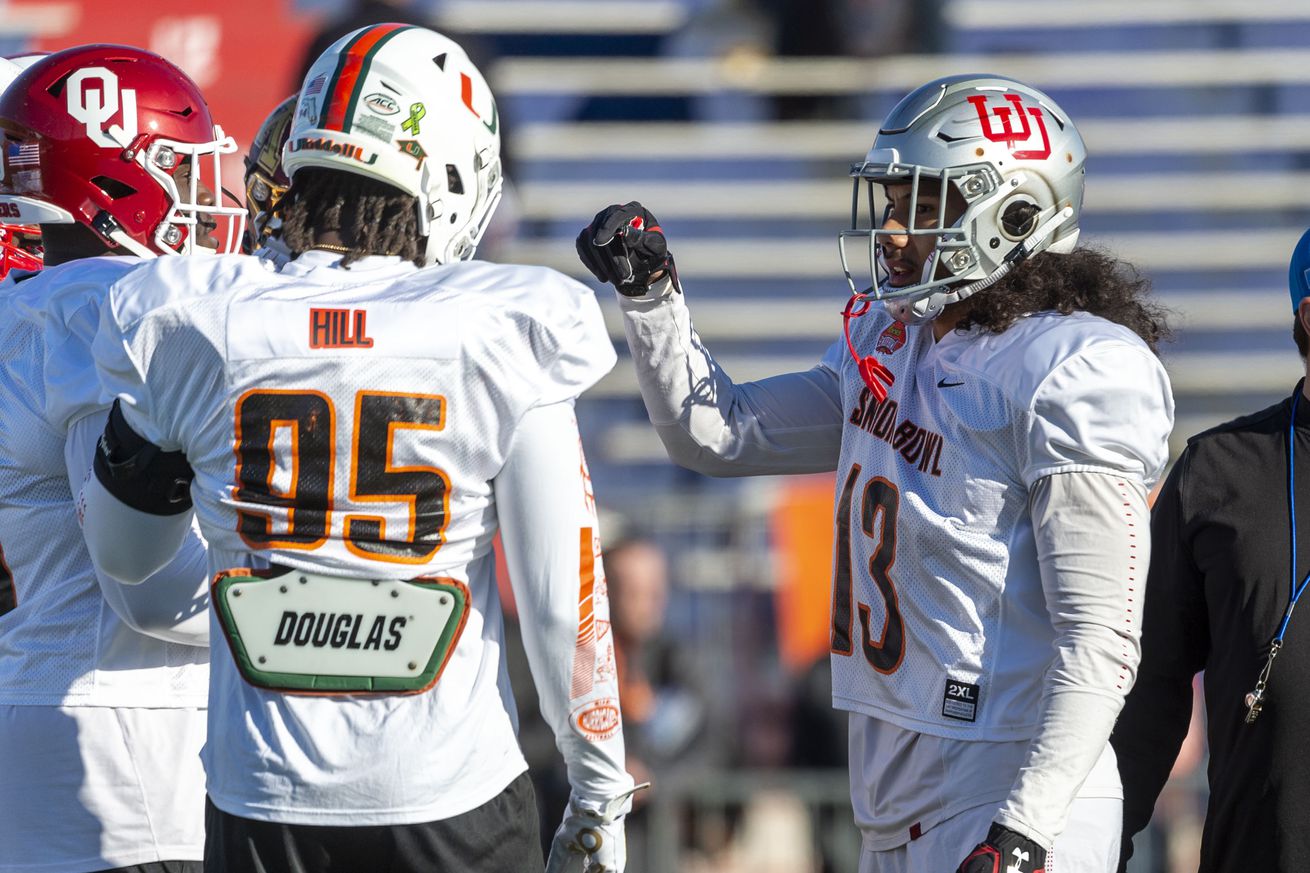 A popular series from last draft cycle is returning yet again at Stampede Blue. Last offseason, I interviewed over 40 prospects that could eventually be fits for the Indianapolis Colts in the 2019 NFL Draft. As a result, we were able to find out a lot about two Colts who went on to eventually be drafted by the team in Marvell Tell III and Khari Willis. This year I hope to interview even more prospects so you all can get an inside look at these player’s accomplishments and mindsets going into this next draft.

Our next prospect is linebacker Francis Bernard from Utah. We had a great conversation about his up and down college journey, his path to becoming a leader at Utah, and his style of play as a linebacker.

85 tackles, 7.5 tackle for a loss, 1 pass deflection, 2 interceptions, and a forced fumble.

Fit with the Colts:

The Colts have a done a great job of rebuilding their linebacker group in Ballard’s tenure as GM, he has drafted all six of the current players on the roster. While it may seem like Ballard is done adding to this group, he seems like the type who will always spend draft capital on this position. Bernard is a hard-nosed former running back who would fit very well as a SAM on the Colts’ defense. His leadership abilities and the overall tenacity that he plays with would be a great addition to a group that preaches those qualities. He’d be an excellent addition to an already solid linebacker group.

Francis Bernard out of Utah was the LB that stood out to me the most during #SeniorBowl. Very vocal on the field and established himself as a leader of the group early. pic.twitter.com/xv41q6Xums

Appears to be outside zone w/ optional power run to short side of field w/ the QB. I question the personnel choice with Aleva @ RB vs. Ty’son, but Aleva is dynamic & gets a 1on1 in open space. He loses to Francis Bernard which can’t happen. pic.twitter.com/mPmI2PbZbk

ZH: You have had a crazy college journey up to this point so let’s start at the beginning. You were a running back as a Freshman at BYU, but then switched over to linebacker as a Sophomore. How was that transition for you?

FB: At first it was a little scary because I didn’t play a lot of linebacker in high school. I played mostly safety and cornerback. Just playing in the box was a little different for me. I felt like after my first few games I was really able to get a feel for it and was just like “man, it’s really no different than running back, I just don’t have the ball.” I credit just being able to learn really fast and that has helped me throughout my whole career.

ZH: What was the thing that you had to work on most to be where you are now as a linebacker?

FB: Just understanding run fits. From the offensive perspective, I would follow my blockers, but now I really had to understand like this guy is coming to block me and I need to fit this a certain way. That took me a little bit to learn throughout Spring and throughout Fall because I never really had to do that in my career. Just having lineman in my face was super weird and difficult at first.

FB: Honestly for me… I was just grateful. I didn’t have a whole lot going on for me and to this day I’m still fortunate that Coach Whittingham was willing to work with me and still believe in me. Just for him to have that confidence… I’ve been lucky and now that I’m in the position that I’m in, I can’t thank him enough.

ZH: Coming into Utah, you had the opportunity to learn behind two future NFL guys in Chase Hansen and Cody Barton. What was it like learning from those guys?

FB: It was a privilege because I learned a lot of great things from them. I’ll say without a doubt that Cody, besides me, was the toughest dude I’ve ever met. Just a crazy work ethic, will run through a wall for anybody, and I consider him one of my best friends to this day and I actually just got done working out with him out here in Utah so me and him are super close. I continue to try and learn from him and Chase. Their example and their diligence is what helped me elevate my game so I give credit to them.

FB: I think first off it’s my personality. I’m easy to get to know and I put myself out there to the right people because I want people to know my energy and the energy that I want back. I’m not a shy guy so I knew going from BYU to Utah that I needed to make a statement early on. I remember my first couple days of camp just going out there and smacking everybody, so everybody knew who I was, so everybody knew me right away as a thumper and a guy who will hit you no matter what. The more they got to know me, the more they could see that I’m more than a thumper and can do a lot out there. I think that is where it all stemmed from, though. Those first moments on campus made them able to circle around me and accept me for who I was.

ZH: After this long up and down journey, what area of your game do you feel like you’ve grown most as a person from year one to now?

FB: That’s a great question. For me, I’d say it’s been my preparation. I thought I prepared a lot until I met Cody Barton. I thought I was always the one who stayed late and then at Utah there was a guy that did maybe three times as much as I did. I was like “Damn, this guy prepares his butt off and it’s all paying off for him.” So the very next season, I tried to take what I learned from him and just add it to my game. So yeah I’d say the biggest thing I learned is just preparing. You can’t over prepare for anything.

ZH: You mentioned earlier how you are a thumper. Just how big is it for your game to show that physicality and be a stout run defender?

ZH: You mentioned it there, linebackers have to be able to pass cover nowadays. How comfortable do you feel in man and also in your zone drops?

FB: I think that is one of my best traits. If you go back and watch film, I feel my zone drops out well and if I have to run with the running back… You can go back and watch the Holiday Bowl where I was isolated with the running back and I freaking almost got the interception, I just dropped it. I’m comfortable in all coverage aspects and I can win any battle where the guy can’t get past me in five yards.

ZH: Utah was loaded last year with a ton of NFL prospects. Your defense was also very unique and diverse, too. How would you describe that overall defense you all had last season?

FB: I would just say we bought in. Everyone just finally bought in and it shows up on film. Everyone would sprint to the football and that is just part of the culture that Coach Scalley wanted to instill in us. We were super relentless and we were banging anyone on the opposing offense that had the ball. We just bought into the system and we were able to have a special year. I’m excited for Coach Scalley for the years to come because the young guys are gonna be good too and they bought in too so everything is on the ups for that team.

ZH: Final question for you. If my team were to spend a draft pick on you in this class, what would they be getting?

FB: In the locker room and the community… I went from one rival school to another and I was able to quickly make an impact in the locker room so I’m excited to just get drafted and showcase that charisma to whatever team takes me. I feel like I’m a culture changer and I’m able to show people whats right and in the best interest of the team. On the field, they are getting the best linebacker in this draft class. I’m versatile and can play all special teams and could even play running back if needed as I scored nine times my freshman year. I can just bring a lot to your team.