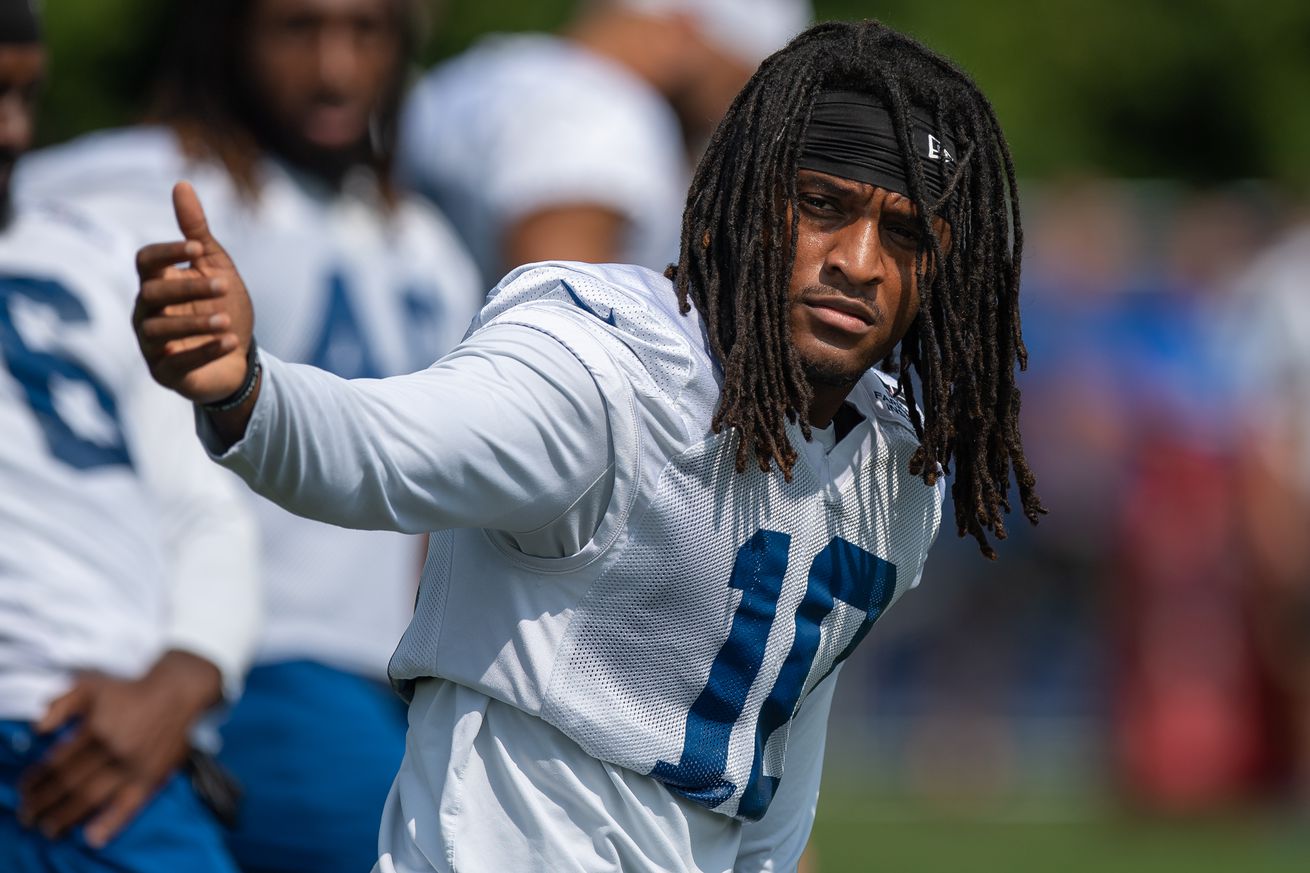 Marlon Mack’s injury in the first half of Sunday’s season opener was certainly devastating for the back. Mack is in a contract year and up against tough odds given his position to get a big payday anyway.

The Colts have placed him on injured reserve with a ruptured Achilles tendon that will be a major question in terms of his re-signing with the team, or getting a good contract somewhere else this offseason.

We have elevated WR Daurice Fountain to the 53-man roster from the practice squad and placed RB Marlon Mack on IR.

We have also signed RB Darius Jackson to the practice squad.

Fountain was a camp standout in 2019, making some highlight reel catches and consistently looking like he belonged throughout the offseason. His successes came to a halt on the final day of camp when he broke and dislocated his ankle. It was a tough end to a promising sophomore season.

As a 5th round pick in 2018, the 6’1” 210lb Fountain is up against it to make an impact on the roster. He will face tough competition from a receiver room with a lot of potential. That’s what Fountain brings to the equation as well. He was drafted largely on his athletic potential.

Despite coming from Northern Iowa, Fountain boasted some truly impressive combine numbers that intrigued the Colts scouting staff. He shone at the East-West Shrine game and netted an offensive MVP award there. There was not an immediate translation to success at the next level, however.

Most notably, Fountain had some drops in the Colts divisional playoff loss to the Kansas City Chiefs in 2018, which mark the most significant on-field contribution for him. Still, there is hope that as a young and talented player, Fountain could be an impactful contributor if he is able to develop.

All signs pointed to another strong camp this year, and though the competition will be tougher, if he is able to get on the field, perhaps we will get the chance to see what he’s got. Rivers proved Sunday that he won’t descriminate in terms of distributing the ball, so if Fountain can get on the field, he’ll have an opportunity to make an impact.