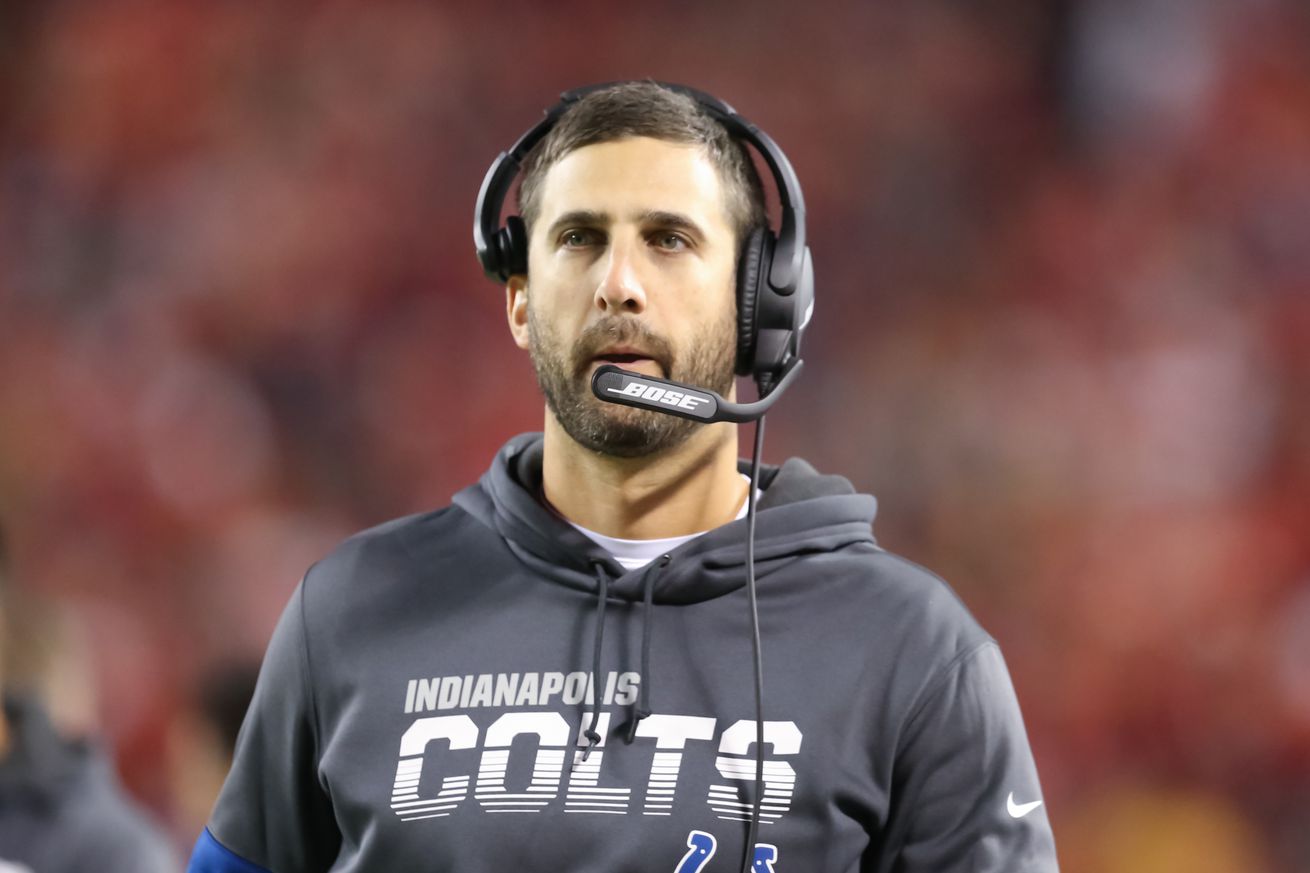 According to The Athletic’s Lindsay Jones and The Athletic’s NFL Staff (subscription), Indianapolis Colts offensive coordinator Nick Sirianni was recently named to their ‘NFL 40 Under 40’:

Sirianni is 39 (turns 40 next year) but has already drawn head coach interest from multiple teams. His momentum was slowed last season as the Colts struggled following Andrew Luck’s retirement, but he’s expected to continue to be a strong candidate in the coming years. Nick plays a huge role in developing the game plans and has basically the same role Frank Reich had under Doug Pederson in Philly.

The 39 year old offensive coordinator has held his current position with the Colts since 2018, when he joined then new Colts head coach Frank Reich’s coaching staff.

Sirianni has had prior stints as the wide receivers coach, quarterbacks coach, and offensive quality control coach with the Chargers franchise, as well as related stints with the Kansas City Chiefs franchise. He has over 16 years of coaching experience—including the last 11 seasons in the NFL.

He’s consistently drawn high remarks for his offensive coaching ability and should be knocking on the front door of an NFL head coaching opportunity soon:

I spoke to dozens of NFL executives, coaches, players and others familiar with the search process for my third annual young head coaching candidate list. Among the most talked-about names: #49ers DC Robert Saleh and #Colts OC Nick Sirianni. https://t.co/D3HFLRnuIS

Frank Reich is getting a ton of credit for what he’s doing with the Colts and rightfully so. Nick Sirianni deserves this shine too. He’s going to be an NFL head coaching candidate soon enough. https://t.co/LU3hGMgzQV

Along with defensive coordinator Matt Eberflus on the other side of the football, the Colts have two of the NFL’s top coordinators on Reich’s coaching staff—which shows because Indianapolis is consistently very prepared and well-coached on game days.

That being said, for how much longer either remains in Indy is anybody’s guess, but the Colts will gladly enjoy having both Siranni and Eberflus help coordinator their respective gameplans/attacks come NFL Sundays for as long as they can.

As it stands, Sirianni is one of the best young offensive coordinators in the business and should be a top NFL head coaching candidate.