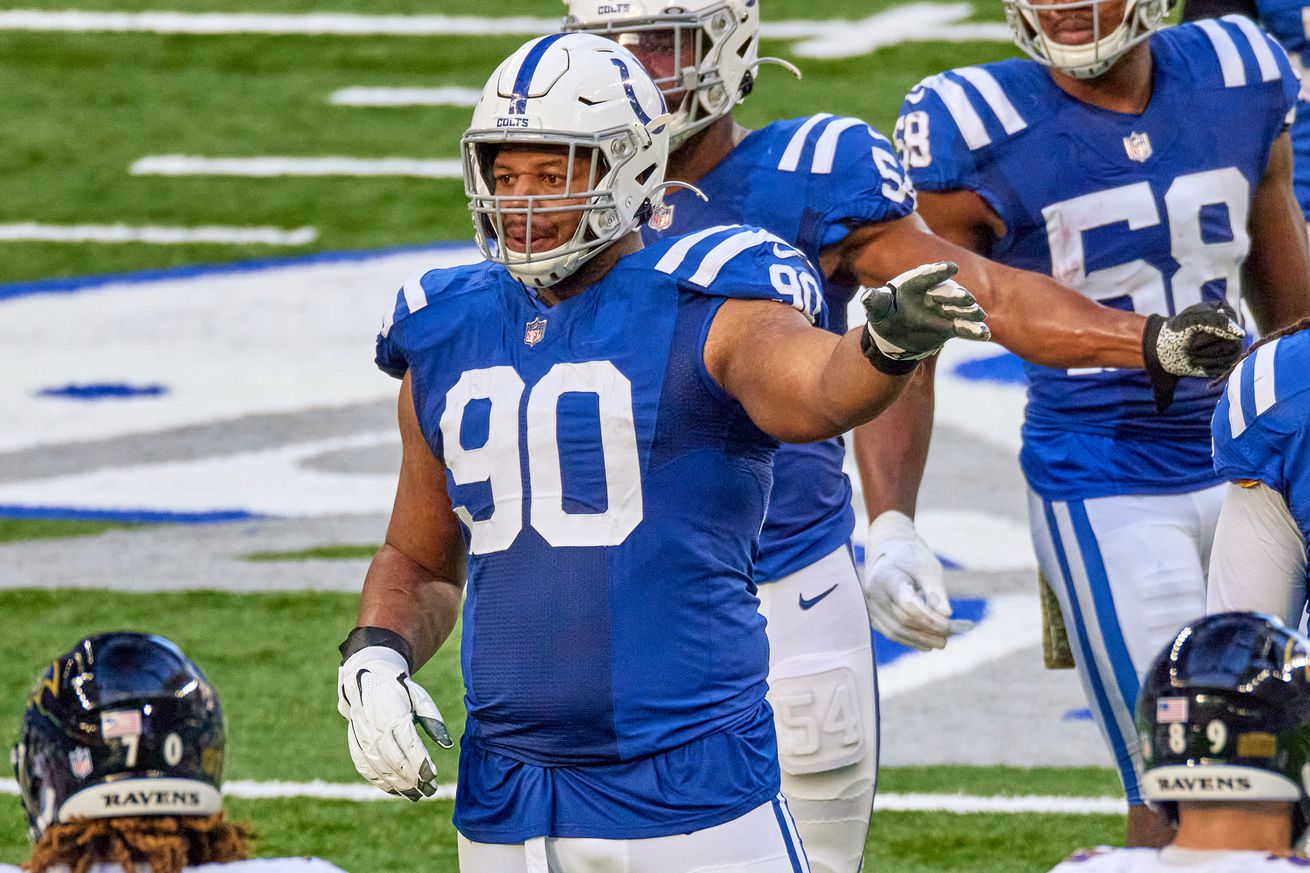 According to the source himself, Indianapolis Colts starting nose tackle Grover Stewart is currently not thinking about his upcoming free agency and insists that he’d love to continue playing for the only professional football team he’s ever known:

Grover Stewart says he’s not thinking about being a free agent at the end of the year: “I’d love to stay in Indianapolis.”

The former 2017 4th round pick of the Colts has had a breakout campaign during 2020, recording 34 tackles (24 solo), 4 tackles for loss, and a pass defensed during all 9 starts.

Against the run, Stewart is a run-stopping force with 18 run stops—which is tied for the 3rd most among all interior defenders (per PFF). He’s helped anchor the league’s 3rd best run defense, as the Colts only surrender 91.8 rushing yards per game.

The Colts are projected to have $76.7 million of salary cap space during the 2021 offseason, so general manager Chris Ballard should be able to provide Stewart a lucrative multi-year contract extension regardless of what else happens with his franchise.

Stewart has credited his weight loss and better conditioning for his transformation. Meanwhile, his defensive coordinator, Matt Eberflus, also attributes the sudden rise to Stewart’s improved technique regarding his pad level and hand placement—in addition to his leaner overall physique:

Grover Stewart explaining about dropping from 345 pounds to now his playing weight of 308.

Eberflus credits pad level and hand usage for Grover Stewart’s climb, along with his body transformation. NT showing the maturation process on the DL. #Colts

Stewart loves it in Indianapolis—and I’m sure starting alongside All-Pro defensive tackle DeForest Buckner only helps his Colts’ cause.

However, the feeling is certainly mutual, as Colts fans would love to have ‘Big Grover’ call Lucas Oil Stadium home for the foreseeable future.