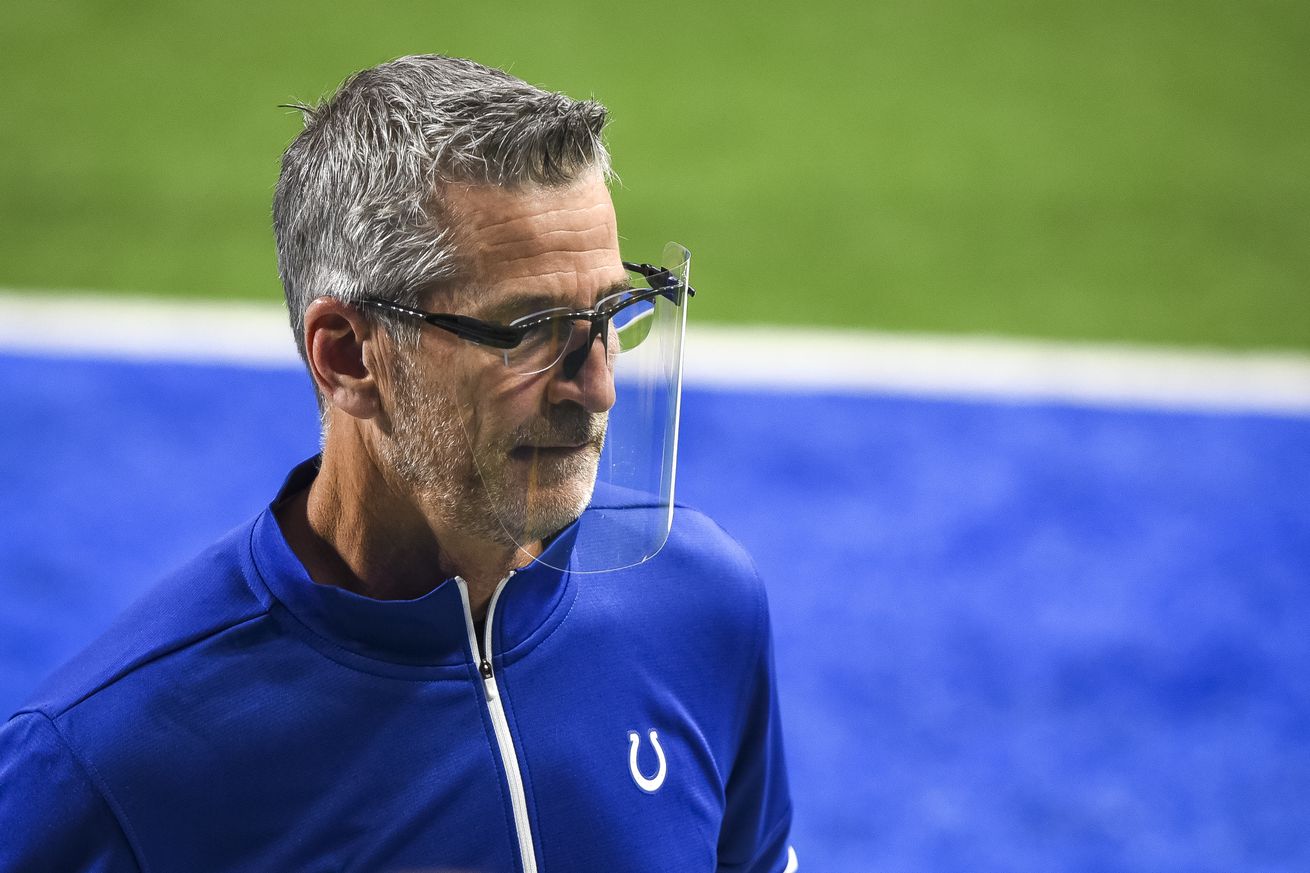 Colts vs. Titans: Frank Reich doesn’t need to ‘take the points’ on fourth down
People wanted Frank Reich to kick a field goal after a fourth-and-goal from the 1 play failed. Here’s why they’re wrong.

‘Conviction’ drives Colts’ Frank Reich: ‘You can’t flinch’ | Fox 59
INDIANAPOLIS – The reminder stares back at Frank Reich as he scans his playcard: Conviction. “It’s been there a couple of years,’’ he said Thursday night on a Zoom conference call from Nissan Stadium in Nashville, Tenn. It was put to the test more than once in what was a pivotal game for his Indianapolis […]

Colts vs. Titans: E.J. Speed’s blocked punt turned game around
Speed caused one punt to be shanked and blocked another vs. the Titans

‘Cumulative effect’ spurs Colts to win over Titans, 6-3 mark | WTTV CBS4Indy
INDIANAPOLIS – At first glance, it was coach-speak. It was a coach (Frank Reich) offering a day-after review after a team (the Indianapolis Colts) handled its business against an arch-rival (the Tennessee Titans) on Thursday night’s prime-time stage. Listen. “It was a complete team win and all three phases played well,’’ Reich said Friday afternoon […]

Titans should kick themselves for meltdown vs. Colts – The Athletic
List of issues: A sputtering offense. A defense that hasn’t been good. Some suspect specialists. And who’s evaluating the evaluators?

Colts are sitting pretty in Week 10 Dopey Report Card – The Athletic
It was the most creative offensive game plan we’ve seen all season, with coach Frank Reich getting his playmakers out in space.

Colts vs. Titans: Forget 1-0, the Colts thrashing of the Titans means more
‘This one was a huge game. We knew it. It was going to be huge either way.’

Colts vs. Titans: Offense offers reason for hope against Titans
Colts news: Indianapolis rolled up 430 yards of offense and 26 first downs, didn’t punt until the fourth quarter and didn’t turn the ball over

Timing is everything. Sack at :11 of 2Q, can’t stop clock. Watch Zach Pascal bust his butt to come from EZ to line up for Rivers’ spike at :01.
Blankenship 43 FG to end half. pic.twitter.com/NDCSVX1Pfs

If you aren’t familiar with the name, it’s time to wake up. pic.twitter.com/Mt41JsE3Uj