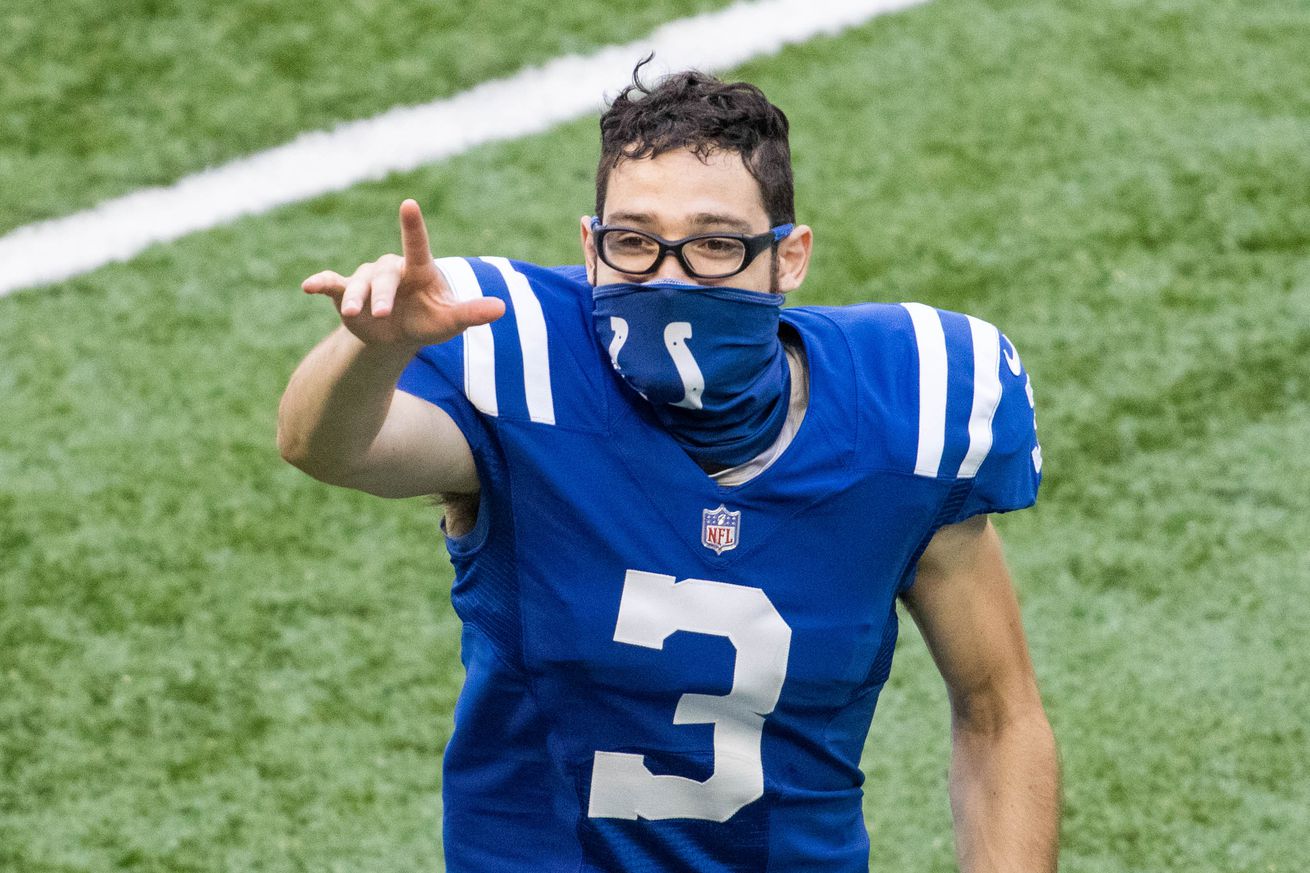 Colts Mailbag: Questions on improving pass rush productivity, evaluating Philip Rivers’ first five games, beating the Bengals & more
In this week’s Colts Mailbag, readers inquire about how the team can improve its pass rush productivity, an assessment of Philip Rivers’ first five games as the Colts’ quarterback, what the team can do to be successful today against the Cincinnati Bengals

Bengals at Colts: How we see it | Fox 59
INDIANAPOLIS – Areas of interest in the Indianapolis Colts’ Sunday meeting with the Cincinnati Bengals in Lucas Oil Stadium. Kickoff: 1 p.m. Broadcast: FOX59. QB1 That would be Philip Rivers. Anyone wondering why we’re addressing the 38-year old $25 million QB first hasn’t been paying attention. He’s coming off a disappointing outing at Cleveland – he had […]

Colts fake punt: Why Chuck Pagano made the right call
On Oct. 18, 2015, the Indianapolis Colts trailed the New England Patriots 27-21 with 1:14 to play in the third quarter at Lucas Oil Stadium.

Colts vs. Bengals preview: Joe Burrow, Philip Rivers lead things to watch
The Bengals aren’t quite the patsies they were last season, not with Joe Burrow at the helm and the secondary playing well.