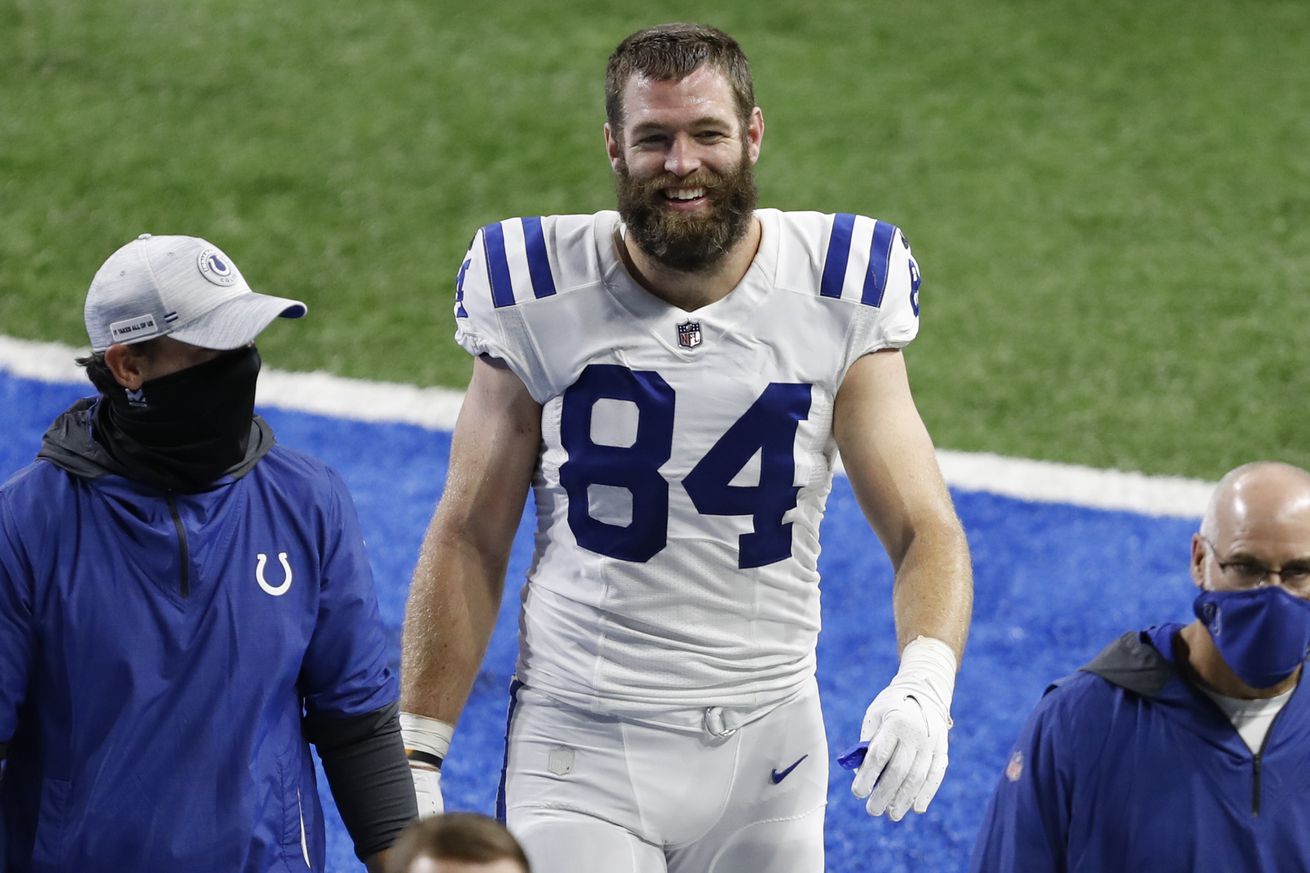 Colts offensive coordinator Nick Sirianni on Jordan Wilkins taking advantage of reps, Trey Burton’s versatility
Indianapolis Colts offensive coordinator Nick Sirianni on Monday spoke to reporters via video conference. What did he have to say about an expanded role for running back Jordan Wilkins, gameplanning for versatile tight end Trey Burton and more?

Colts’ run game: Is it as bad as the numbers say? – The Athletic
The Colts still want to run the football, even if at times it seems like they’re going nowhere.

Nyheim Hines turns into a threat at receiver for Colts – The Athletic
Also, Philip Rivers‘ aggressiveness is increasing with his throws but his accuracy isn’t suffering. A good sign for the Colts.

Rick Venturi, oft-fired coach, now works for Colts radio – The Athletic
A 3-48-1 record as a college and NFL head coach? And Venturi maintained his sanity? Well, sort of.

The Colts are 5-2 again, but this time they can see gauntlet coming
Unlike last season’s 5-2 mark, the Colts find themselves staring at a November full of heavy hitters, and that might help them avoid 2019’s mistakes.

The D cranked up the heat Sunday. pic.twitter.com/eQNV1f08a4