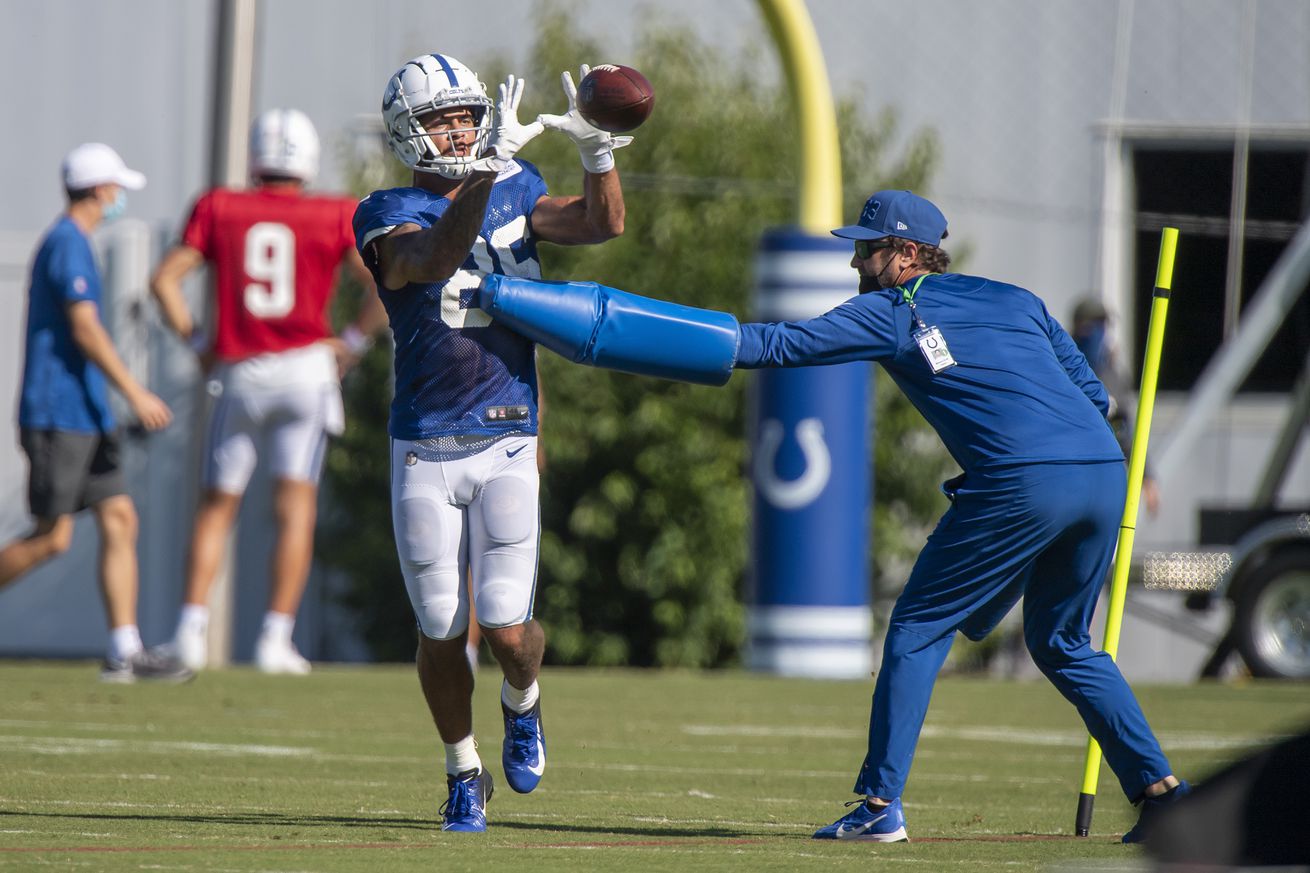 Colts rookie WR Michael Pittman shows ability to make contested catches
Pittman has had his ups and downs in training camp, and he’s lost a few battles with Xavier Rhodes, but the rookie’s strength has also been evident.

#ColtsCamp Notebook: Philip Rivers pushing the ball down the field; Colts’ corners showing off their physicality
After an off day for the players on Tuesday, the Indianapolis Colts got back after it Wednesday with their seventh fully-padded training camp practice at the Indiana Farm Bureau Football Center. What were some of the top takeaways from the day?

If tight ends are to remain front and center in Colts’ offense, Trey Burton must offer suitable Eric Ebron impersonation | Fox 59
INDIANAPOLIS – It isn’t difficult to tap into a deep vein of conversational excitement with Frank Reich. Talk about quarterbacks, and his tempo picks up. QBs are his wheelhouse. Talk about offenses in general, and he’s a fountain of information. Talk about tight ends, and sit back and listen. Get a couple of special ones […]

Colts’ notebook: Reece Fountain vying for roster spot after ‘long, stressful’ rehab process | Fox 59
INDIANAPOLIS – All things considered, Reece Fountain is just thrilled to be part of what appears to be a deep receivers’ room. It remains to be seen if that translates into the Indianapolis Colts’ 2018 fifth-round draft pick doing enough during training camp to earn one of the five or six spots at the position […]

Colts offensive coordinator Nick Sirianni on Trey Burton’s prominent place within the offense and the rise of Dezmon Patmon and Danny Pinter
Indianapolis Colts offensive coordinator Nick Sirianni talked to local reporters today via video conference. What’s the latest on new tight end Trey Burton and his place within the offense, as well as the development of two rookies in wide receiver Dezmon

Colts rookie WR Dezmon Patmon looking more like a player than a project
Patmon is still not a lock to make the Week 1 roster, but give him this: He sure looks more polished than what draftniks forecasted a few months ago.

Philip Rivers and @TomBrady in a race.. Who you got? Phil likes his chances. @Colts