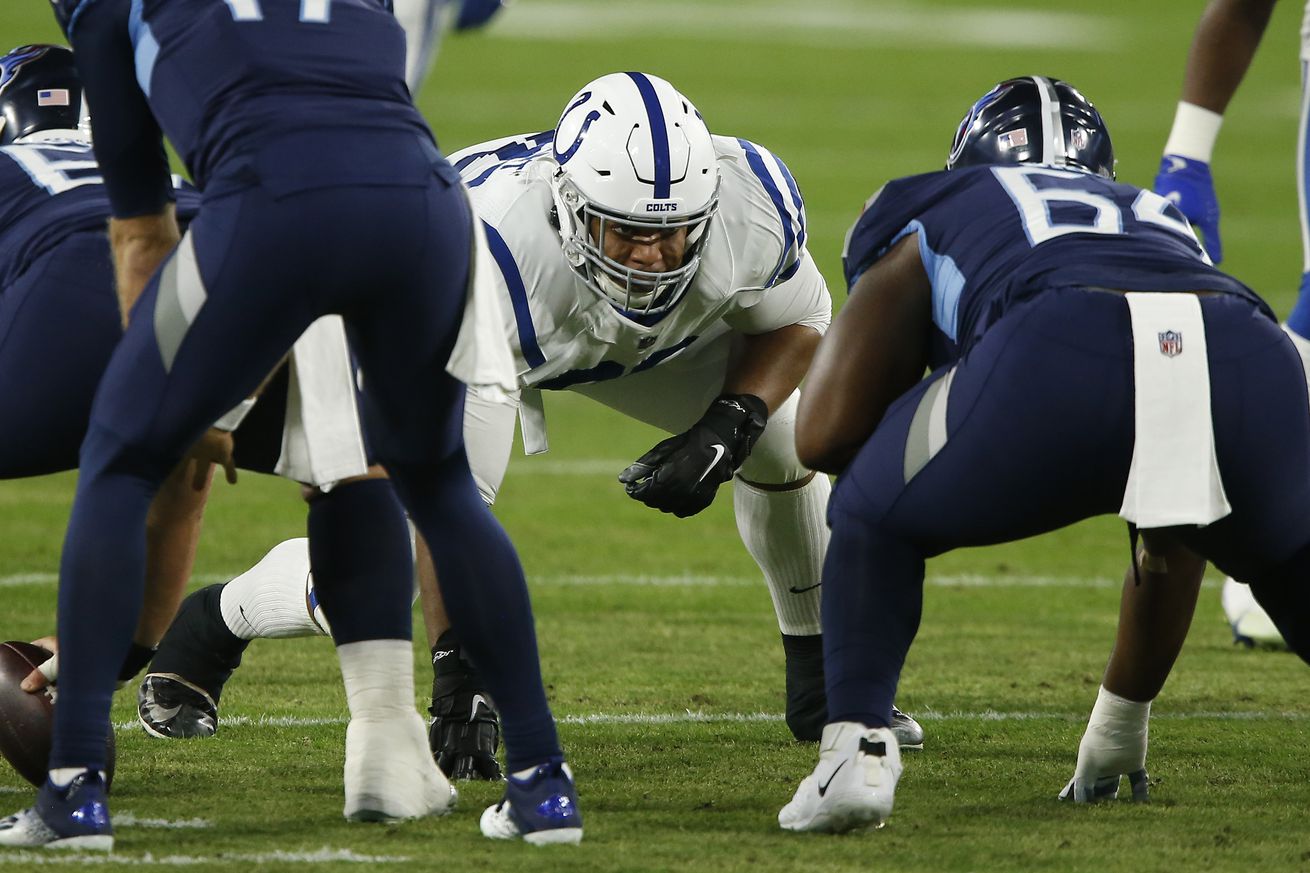 Colts news: Rookie Michael Pittman has skills to be No. 1 WR
Michael Pittman racked up seven catches and 122 yards from scrimmage against Tennessee, season-bests for any Colts receiver.

NFL fines Colts’ Julian Blackmon, Ravens’ DeShon Elliott for illegal hits | Fox 59
INDIANAPOLIS – The NFL levied a pair of fines for illegal hits in the Indianapolis Colts’ loss to Baltimore last Sunday even though one of the plays didn’t draw a penalty from the officiating crew. Colts rookie safety Julian Blackmon was fined $4,951 for his hit on Ravens quarterback Lamar Jackson in the second quarter. […]

Colts Mailbag: Questions on Michael Pittman Jr.’s breakout performance, why T.J. Carrie is so valuable as the backup nickel CB, why not more quarterback sneaks and more
In this week’s Colts Mailbag, readers inquire about how rookie Michael Pittman Jr. can continue to find success after his breakout performance vs. the Titans, why the team is in good shape at nickel cornerback behind Kenny Moore II, why the Colts don’t ut

Colts Running Back Nyheim Hines Has Been Continual Fantasy Football Conundrum
One week, the Indianapolis Colts give Nyheim Hines touches and he produces. Then the next, he doesn’t get the ball. What are perplexed NFL fantasy owners to do? Pick up the running back or not?

Khari Willis, Julian Blackmon shine in Colts film review – The Athletic
Blackmon missed all of training camp after tearing his ACL last December and was unable to practice until September.