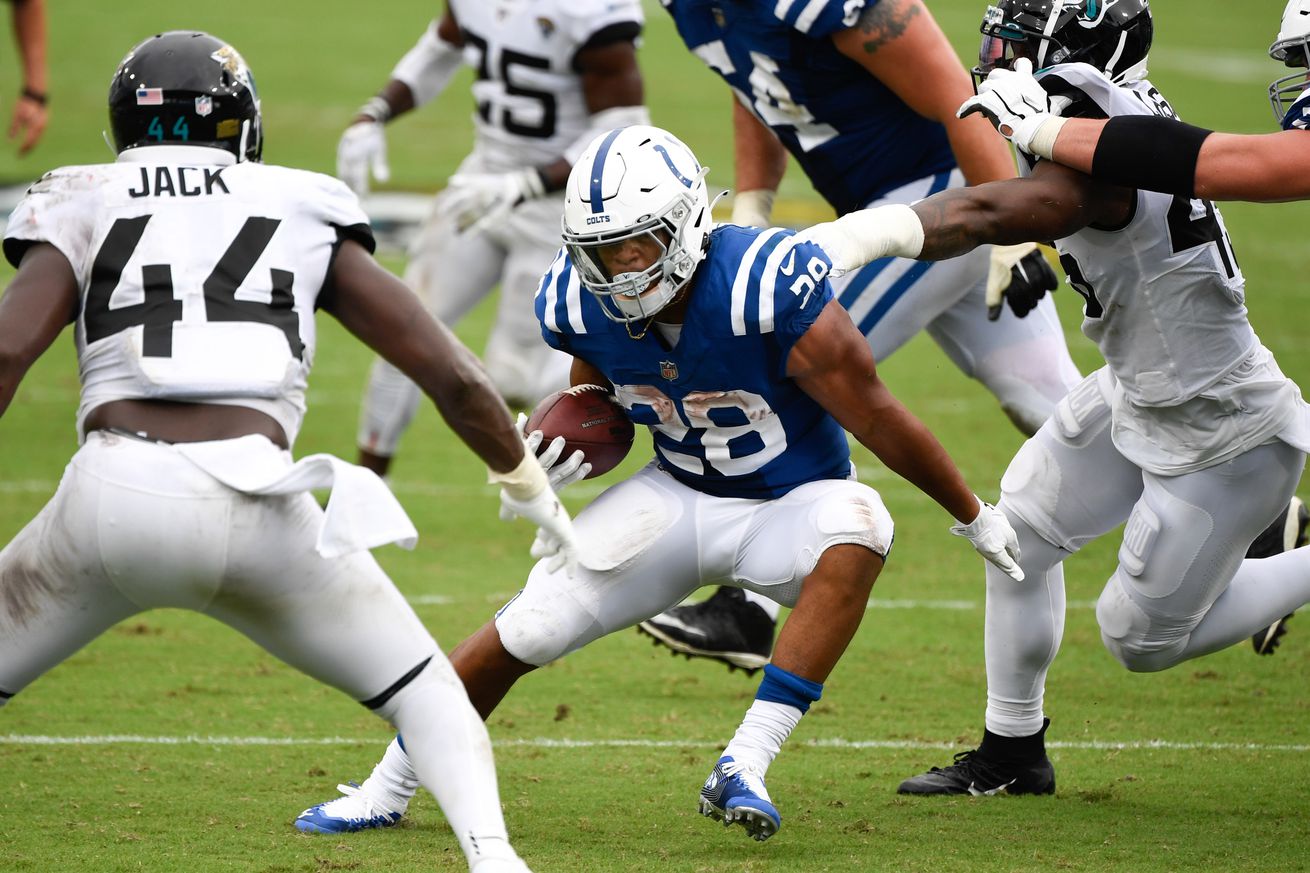 Colts sad for Marlon Mack but excited about Jonathan Taylor – Indianapolis Colts Blog- ESPN
The timing couldn’t have been worse for Mack, but the Colts believe they’ll be just fine with the speed and power Taylor brings to the backfield.

Reunion with Vikings next for Xavier Rhodes; it’s still target practice against Colts’ pass D | Fox 59
INDIANAPOLIS – Xavier Rhodes is focused on the business at hand, not the business that resulted in him facing his old business partners Sunday at Lucas Oil Stadium. Confused? Listen up. Rhodes finds himself as the starting right cornerback with a new team (the Indianapolis Colts) after his old team (the Minnesota Vikings) rocked his […]

Colts sign former Buccaneers kicker Matt Gay to practice squad
Gay signed in Indianapolis after a workout Tuesday. He was the Tampa Buccaneers’ kicker in 2019 after being a 5th-round draft pick.

Colts offensive coordinator Nick Sirianni on Parris Campbell’s strong 2020 opener, rookie Jonathan Taylor’s opportunity as the starting RB and more
Indianapolis Colts offensive coordinator Nick Sirianni today spoke to reporters via video conference. What did he have to say about Parris Campbell’s strong 2020 debut, rookie Jonathan Taylor’s opportunity now as the starting running back, the play of the