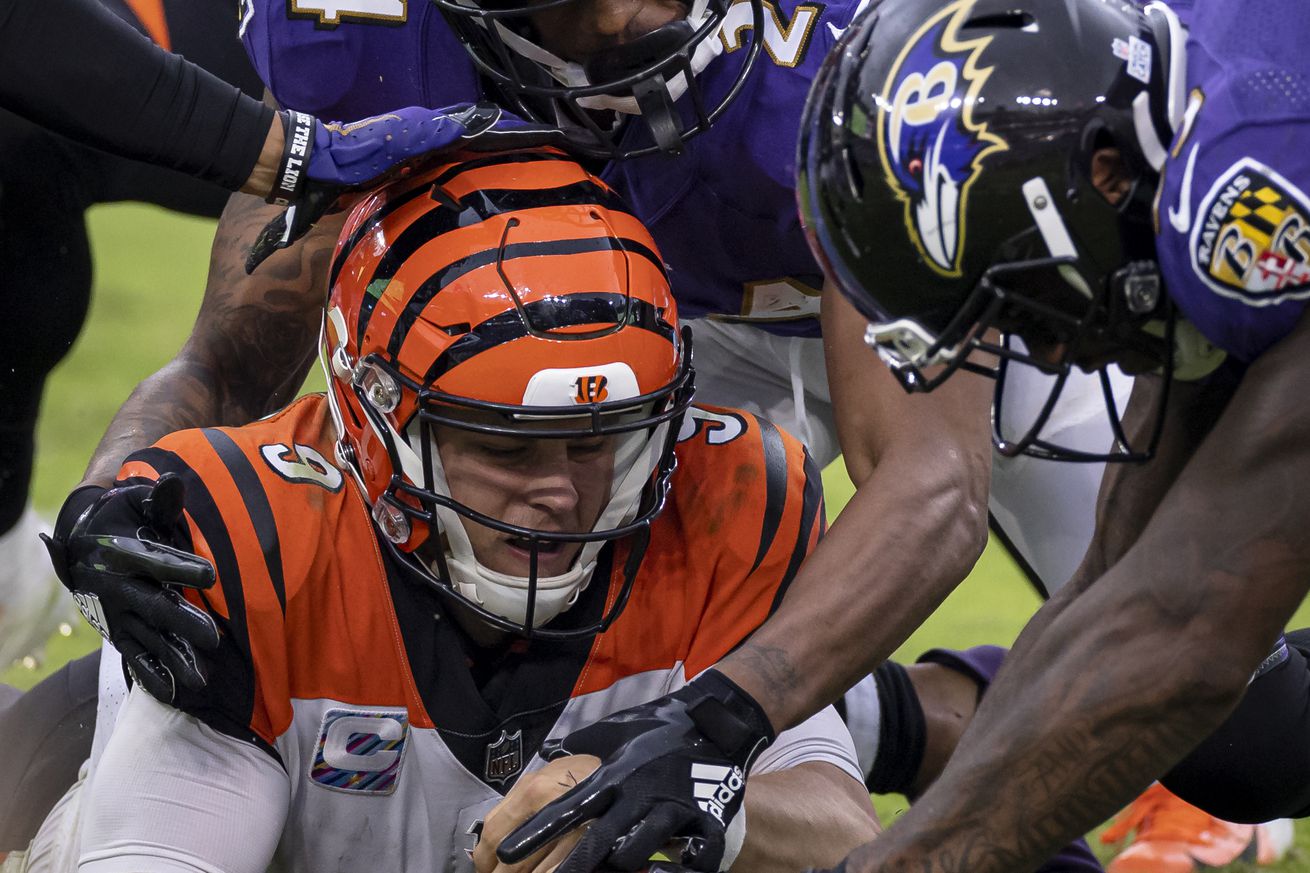 Colts need to keep the pressure on Bengals’ QB Joe Burrow | Fox 59
INDIANAPOLIS – No one should question Joe Burrow’s toughness. Justin Houston has pored over the video of the next quarterback in his crosshairs. He’s seen Burrow get hit, get hit some more, and get up. He’s been impressed. “From the situations he’s been in and the games I’ve watched so far, I think he is […]

Colts/Bengals Game Preview: The Indianapolis Colts play host to the Cincinnati Bengals Sunday in their 2020 Week 6 matchup at Lucas Oil Stadium
After seeing their three-game win streak snapped last Sunday in Cleveland, the Indianapolis Colts (3-2) look to get back to their winning ways when they return home Sunday to play host to the Cincinnati Bengals (1-3-1) at Lucas Oil Stadium. Check out the

After early COVID scare, Frank Reich and Colts got back to work | Fox 59
INDIANAPOLIS – In the end, it was business as usual. But it began with a startling phone call that threatened to make this anything but a routine Friday. Before dawn – “5-something,’’ according to an early-rising Frank Reich – Dave Hammer, the Indianapolis Colts’ head trainer/infection control officer, delivered unsettling news to Reich and general […]

Colts say Sunday’s game still on; 4 re-tested samples were negative for coronavirus | Fox 59
INDIANAPOLIS — “All is well.” That was the message from Indianapolis Colts owner Jim Irsay, who said Sunday’s game between the Colts and Cincinnati Bengals would proceed as scheduled. “All is well. Details shortly. COLTS-BENGALS 1PM SUNDAY!” In an earlier statement, the Colts said several individuals within the organization tested positive for the coronavirus. The […]

Four Colts individuals who tested positive for COVID-19 this morning have since been re-tested and confirmed negative; Sunday’s game against the Bengals is still on as scheduled
Earlier this morning, we were informed that four individuals within the organization tested positive for COVID-19. The four positive samples were re-tested and have been confirmed negative. After consultation with the NFL and Chief Medical Officer, Dr. Al

Indianapolis Colts COVID tests were false positives, game still on
The Colts will re-open their facility this afternoon

Four members of the Colts organization who had originally tested positive for COVID-19 Friday had negative results on retests, meaning Sunday’s game against the Bengals is a go
Indianapolis Colts head coach Frank Reich and general manager Chris Ballard on Friday woke up to news that four members of the organization had tested positive for COVID-19, which could’ve put Sunday’s game against the Cincinnati Bengals in jeopardy. Quic

The Story Behind The Colts’ Anvil (As Told By Its Biggest Fan) – Indianapolis Monthly
The biggest fan of the Colts’ gameday tradition speaks to one of its authors.

Frank Reich, Colts prove they are ready to adapt after disruption – The Athletic
Indianapolis is on track to play the Bengals on Sunday after four false-positive COVID-19 tests and a brief shutdown of its facility.

Is Joe Burrow taking an Andrew Luck-type beating? A closer look at Colts-Bengals – The Athletic
Indianapolis has been abysmal on offense the past two weeks, so how will Cincinnati attack it?

COVID-19 news is great for Colts, terrible for Indiana
There are few victories where the coronavirus is concerned, so you take this one – the Colts’ positive tests were a false alarm! – and run with it.

The “heart and soul of the defense.”@__AWalkJr doesn’t take his head coach’s words for granted. pic.twitter.com/xnqBOwTh9i