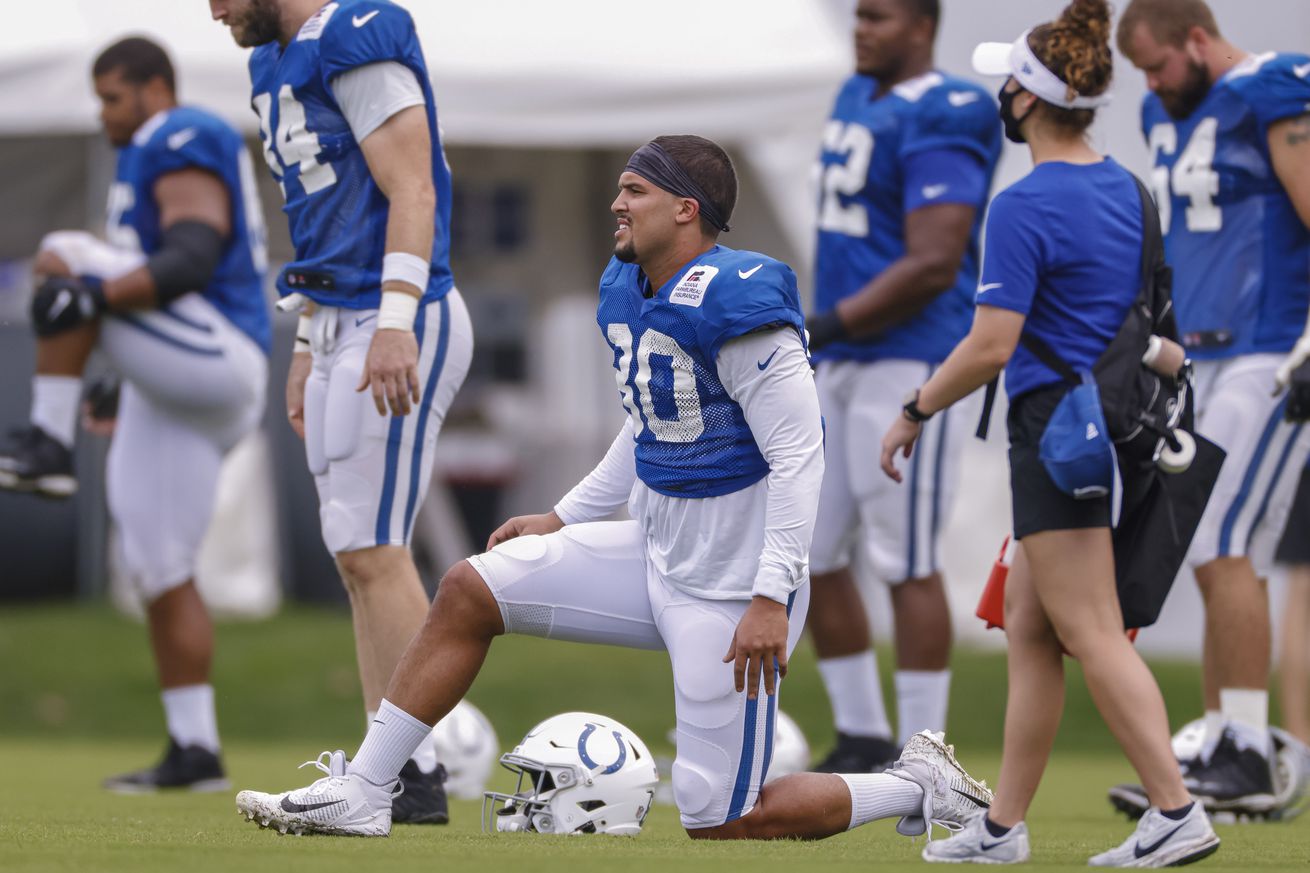 Colts must adjust offensive approach until Trey Burton’s calf injury heals | Fox 59
INDIANAPOLIS – Trey Burton’s status remains murky, and that undoubtedly will have a ripple effect with the Indianapolis Colts’ offense. The veteran tight end suffered a strained left calf in Saturday’s final training camp practice at Lucas Oil Stadium, and the team still isn’t certain how long it will keep him off the field. “Those […]

Colts: Kenny Moore, Julian Blackmon, Zach Pascal and Johnson return from injury
A typical ACL recovery is 10 to 12 months, and Blackmon has been able to return to the field in roughly nine months.

Colts release fullback Roosevelt Nix
Nix, who was signed away from the Steelers, fit a specific role in the offense.

Colts once again will be without fullback; release Roosevelt Nix | Fox 59
INDIANAPOLIS – The possibility of an offensive aberration with the Indianapolis Colts offense has ended. The team has released Roosevelt Nix. The veteran fullback was signed to a one-year, $910,000 contract in April with the intention of bolstering a running attack that ranked 7th in the NFL a year ago. Nix was an accomplished lead blocker, […]

Colts face tough decisions in paring roster to 53 (we offer advice) | Fox 59
UPDATE: The Indianapolis Colts announced they cut fullback Roosevelt Nix Monday evening. ORIGINAL STORY: INDIANAPOLIS – Saturday’s work at Lucas Oil Stadium was the next necessary step in determining the makeup of a roster that must – absolutely must – be better and do more than recent rosters. Anything less than a return to the […]

Colts rookie report: Tracking the camp performance of the 2020 draft picks – The Athletic
Here’s a look at where they’re at, where they’re going and their chances of making an impact this season.

How the Colts are becoming one of the NFL’s most progressive franchises – The Athletic
The Colts were among the nine NFL teams to take a stand on Thursday as the sports world reacted to the shooting of Jacob Blake in Wisconsin.

Colts’ Jacoby Brissett inspiring change in his hometown – one mile at a time – The Athletic
Brissett brings together youth, law enforcement and community leaders for symbolic and unifying bike rides through Riviera Beach, Fla.