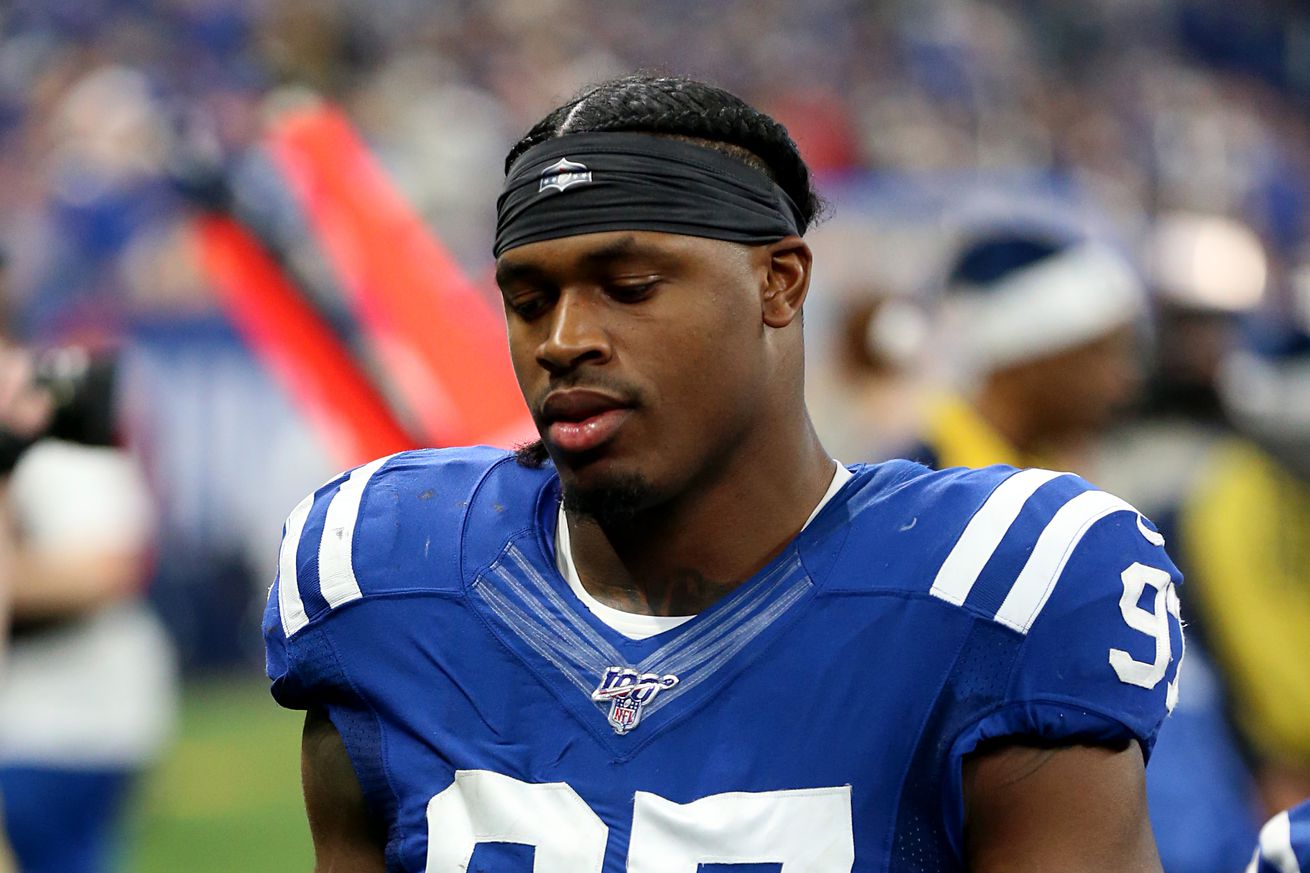 Al-Quadin Muhammad emerges as the dark horse in Colts’ pass rush
Muhammad, a sixth-round pick by the Saints in 2017 who almost went unclaimed at the waiver wire in 2018, looks better than ever in Indianapolis.

Colts’ Julian Blackmon not 100%, but he’s getting there | Fox 59
INDIANAPOLIS – The day will come when Julian Blackmon pulls himself out of bed and his knee isn’t aching, or just sore. He’s not there, yet. The Indianapolis Colts’ rookie safety was on the practice field again Tuesday – that’s two days after being taken off the non-football injury list – but he initially worked […]

“Such a special moment for me.”

For @__AWalkJr, an interception is even sweeter with Dad in the building. pic.twitter.com/bkBv4qiC0V

#Colts Hilton says he and Philip Rivers are kind of like a perfect match. Plenty of Colts coverage via insiders @JoelAErickson and @jimayello via @IndyStarSports —> https://t.co/BSipLfQlr6 pic.twitter.com/qk2WZzkErZ