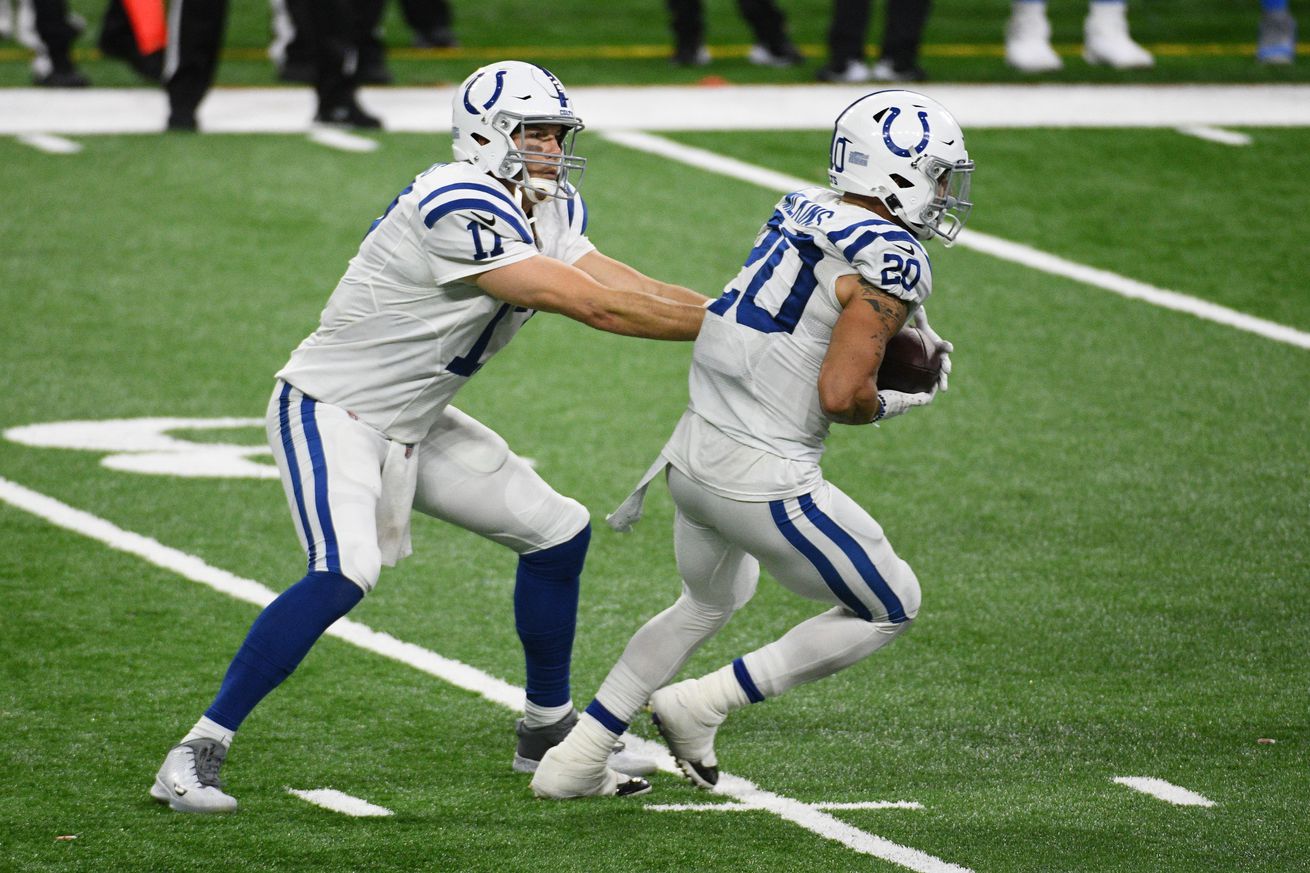 In this series on Stampede Blue, I’m going to break down each player on a 50-100 Madden-style scale each week to help identify and illustrate which players are the best and most valuable players on the team. Please take note that these are current values and don’t think into account the value or future potential (or regression) of a player. Here is a breakdown of the tiers:

65 to 69 — A below average starter and above average backup

60 or below — A borderline roster player

Feed this man! Jordan Wilkins had a big breakout performance (although it wasn’t his first big game of his career) and proved that he should be the lead back with Marlon Mack out for the year. He ran well, showing good vision and power and was a force in the backfield. The Colts need to make him the primary tailback and use him more.

Rivers’ rank on a weekly basis is tough to project, which is why it fluctuates a lot, but we got a glimpse of “Good Rivers” this week. Rivers had, arguably, his best game as a Colt and help take this offense to its highest high of the season, putting up 34 points as a unit.

Some missed extra points were an ugly blemish on an otherwise perfect game from the Colts. They struggled on special teams and it was led by Blankenship’s misses. Despite the good year on paper, I’m not sure there are many fans or analysts who feel 100% comfortable with Hot Rod kicking.

After a stretch of good play, Walker came back to earth a bit with a mediocre performance that included some missed tackles and poor play in coverage. He allowed 3 catches (on 3 targets) for 49 yards and a touchdown and wasn’t his usual self in the run game (although the front 7 stifled the Lions run game either way). Walker is now on the borderline between average player and above average player.