The Indianapolis Colts were hoping to use a two-headed monster in the backfield for the 2020 season, but things don’t often go as planned in the NFL.

Starting running back Marlon Mack suffered a torn Achilles tendon during the team’s Week 1 loss against the Jacksonville Jaguars and will miss the entirety of the season. Now, the rookie in Jonathan Taylor will take over the starting duties in the backfield.

Head coach Frank Reich told reporters Monday that Taylor will be the starter with Nyheim Hines and Jordan Wilkins getting in the mix as well.

“Yeah, that’s exactly right. Jonathan (Taylor) will step into the starting role. He looked good yesterday,” Reich said Monday. “He’ll step up and he’ll do a great job. Nyheim (Hines) is still going to be an important part of the mix – on all downs, not just on third down. But then Jordan (Wilkins) will step up. We’ve got a lot of confidence in Jordan. I’m a big Jordan fan. He’s an excellent runner and he’ll do a good job for us.”

Taylor came in following Mack’s injury in the second quarter. He didn’t do much to impress on the ground with his nine carries, though the offensive line struggled to get much push on Sunday. But Taylor did impress through the air, catching all six of his targets for 67 yards.

Having Philip Rivers under center will automatically boost the value of the backfield in the passing game, but it was encouraging to see Taylor have such an impact on the offense. He finished with the second-most receiving yards on the team behind wide receiver Parris Campbell (71).

Before knowing the status of Mack’s injury on Sunday, Taylor said he’ll be ready to carry the load if need be.

“I think Coach Reich has done a great job, not only through training camp, but this started before training camp, making sure that I was up to speed as much as possible. Not being able to have OTAs and not being able to have rookie mini-camp, we had to try to do as many meetings as we could and also add on top of that throughout training camp to try to get me up to speed with those vets,” Taylor said. “Like I said I don’t know the full status on Marlon but I know he’s going to be in not only my ear but the rest of the backs’ ear until he gets back – whatever his status is – in order to make sure we can uphold his part and make sure that the running back group is not a drop-off.”

The Colts traded up for Taylor in the second round back in April’s draft. He was the future of the running back room before Mack’s injury, but his development will be expedited a bit now that he’s taking over the starting role.

It’s an unfortunate situation for Mack, who is in a contract year, but the Colts are excited to unveil their rookie running back in Taylor behind the stout offensive line. 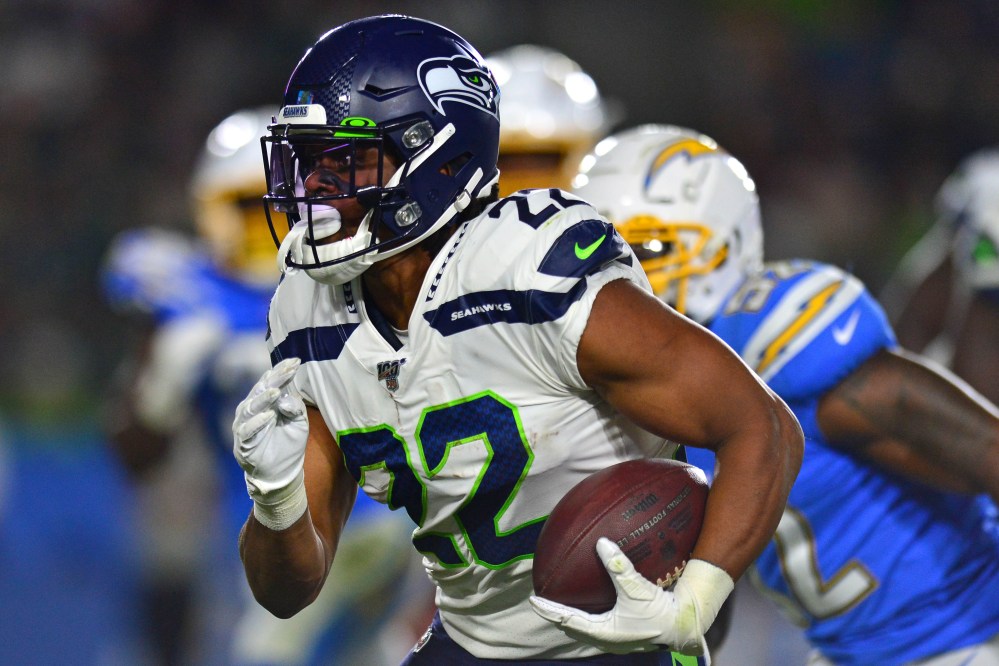