The Indianapolis Colts didn’t get out of the win against the Detroit Lions completely unscathed as running back Jonathan Taylor seems to be dealing with a minor ankle injury.

While head coach Frank Reich said this injury didn’t impact his production—or lack thereof—during the Week 8 win. Reich said they didn’t learn of the injury until after the game.

“He has a little bit of an ankle thing. I haven’t met with the medical guys yet, that’s at 2 o’clock. So I’ll get more of the detail on that,” said Reich on Monday. “But that did not come up during the game, but I did see a preliminary report afterwards that there could have been a little bit of something. I’ll found out at 2 o’clock.”

Reich also said they will be monitoring the statuses of wide receivers Ashton Dulin and T.Y. Hilton this week, both of which came out of the game with injuries.

“Injury wise, just to give you a couple updates – Ashton (Dulin) with the knee as we mentioned yesterday,” Reich said. “We’ll continue to monitor his progress and evaluate him as the week goes on, same thing with T.Y. (Hilton) and his groin.”

Though Reich mentioned following the game on Sunday that cornerback Rock Ya-Sin was in the concussion protocol, the second-year cornerback has already been cleared.

“Rock (Ya-Sin) was obviously in protocol, but he cleared right away. You could kind of tell, he got up really quick,” Reich said. “So I think that was more precautionary, but he’s already cleared.”

The Colts return to practice on Wednesday, which is when the first injury report will come out.

Stock up, stock down from Colts’ 41-21 win over the Lions 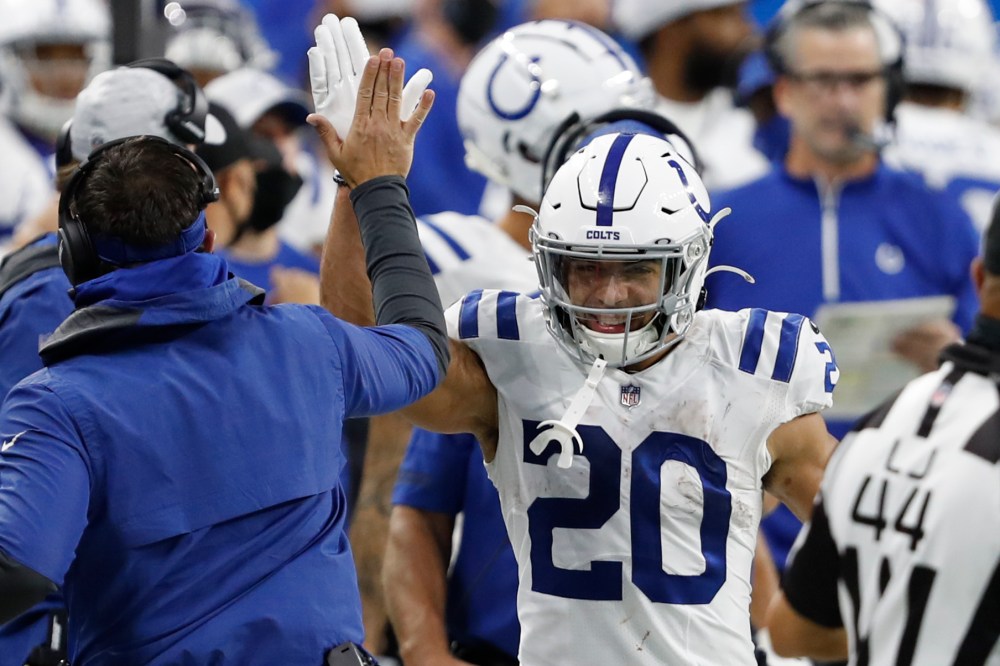