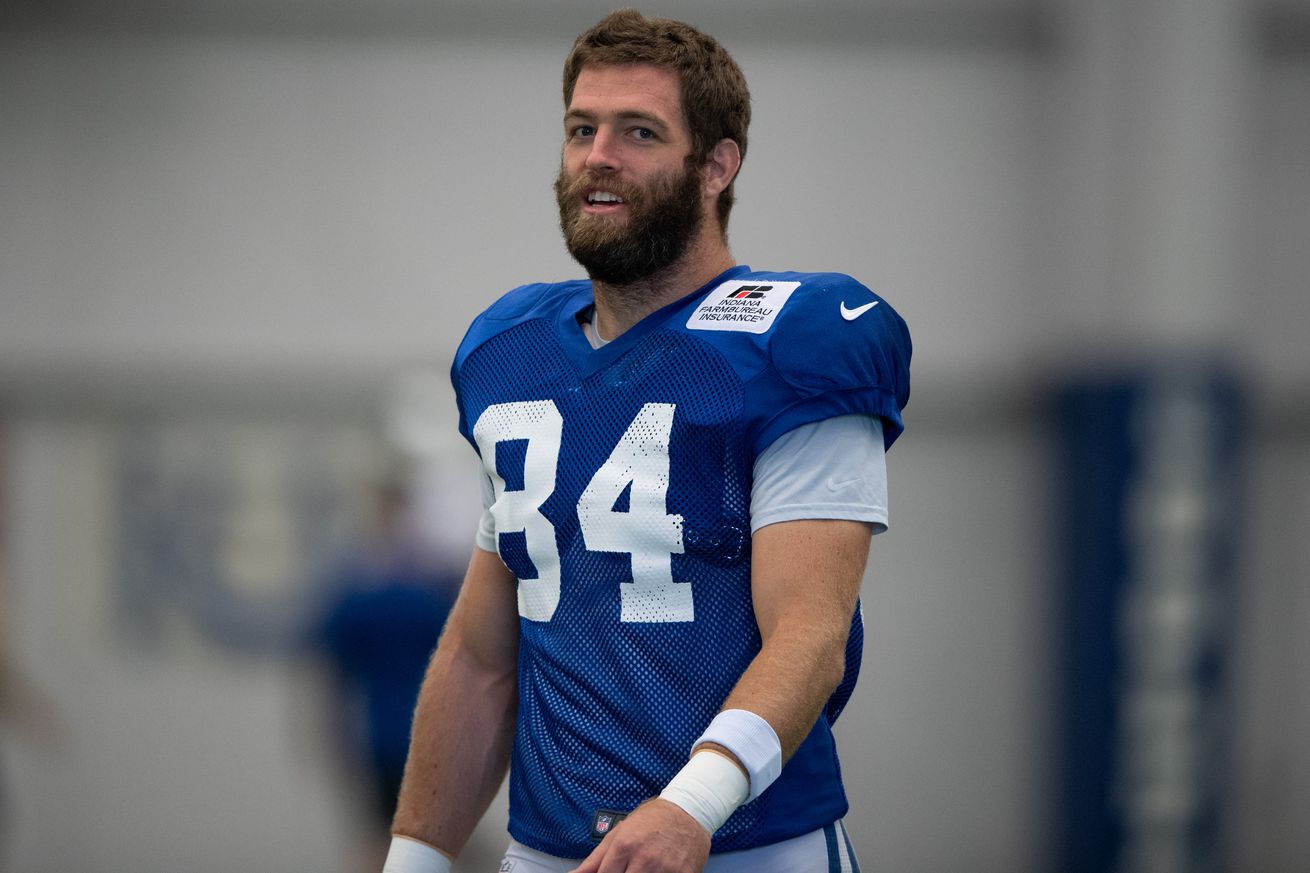 “I think he’s close,” Reich said on Smith. “I mean he’s feeling pretty good right now, and we were being pretty cautious with him—but I think he’s real close.”

Smith has been battling a foot injury, but it appears that he’ll be more than ready to go for the regular season opener—and the Colts are simply being cautious with their young right tackle. Veteran backup Le’Raven Clark has been receiving valuable reps in Smith’s stead.

Meanwhile, the Colts have also been without tight end Jack Doyle recently, who’s been dealing with a neck injury as of late—for what’s already a pretty depleted positional group for the Colts.

However, similar to Smith, the Colts are simply being protective of their veteran Pro Bowl tight end, as Doyle is such a versatile and invaluable piece to their offense as both a run blocker and security blanket over the middle of the field:

“And Jack’s the kind of pro that even though it’s vital to get reps, we know he can handle it. He’s getting good mental reps, studying the film, being out there, taking everything in. Good chance for the other guys to get reps as well, so Jack will be fine, we just need him to physically recover. And we want to give him a little cushion in that time to make sure he’s completely healthy.”

As far as other key injuries, the Colts are still without slot cornerback Kenny Moore (groin)—who’s expected to miss at least a few more days. Regarding rotational backup defensive tackle Sheldon Day (knee), it’s ‘expected to be a while’ before he can rejoin practice.

Given the circumstances, the Colts appear to be relatively healthy for this time of year (*knock on wood*) with no truly significant injuries suffered so far.