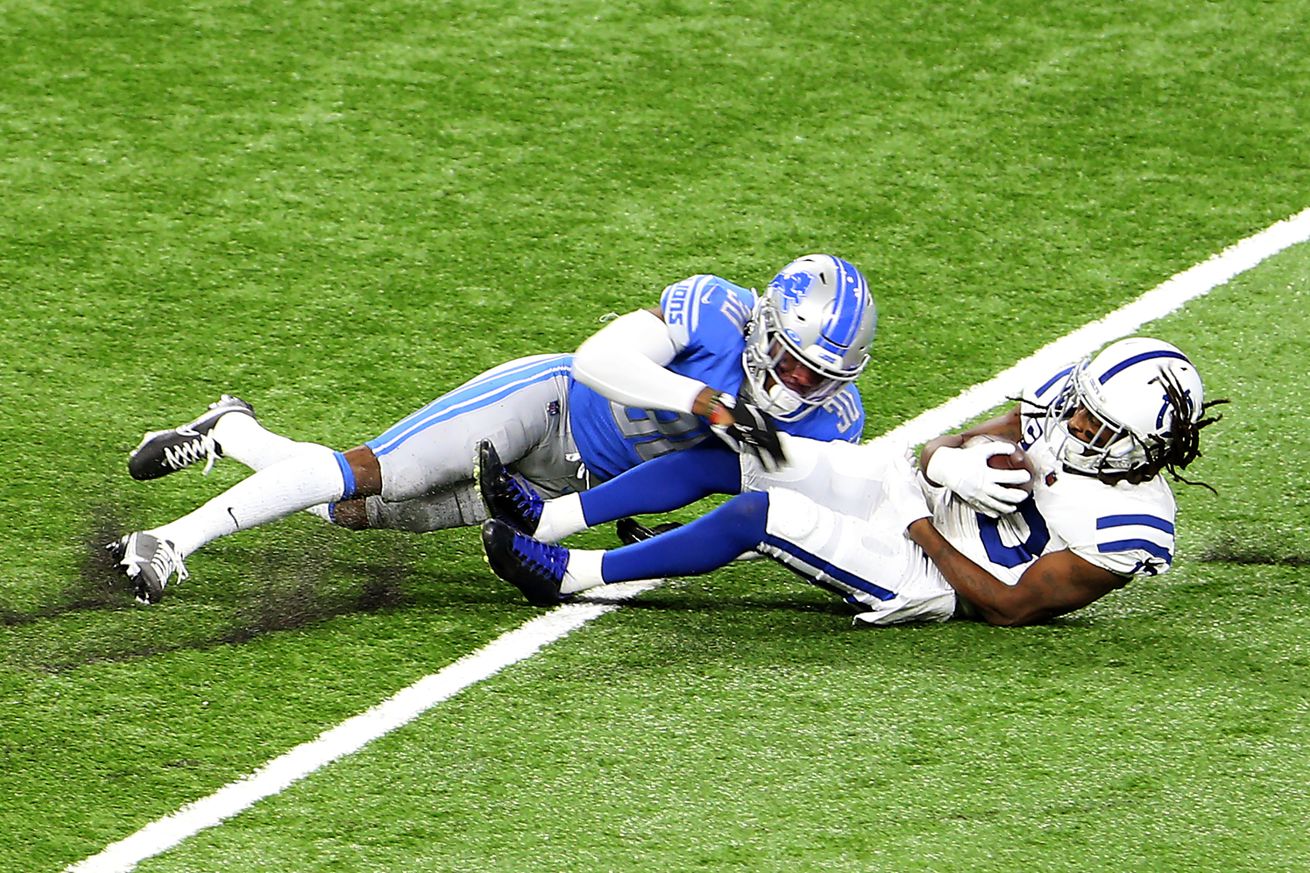 The Indianapolis Colts today released their Thursday injury report for week 9 of the NFL season. The team had a staff member test positive for COVID-19 so the team decided to change to a walk through. Therefore, the practice report released is only an estimation of the player’s participation if there was a practice.

With today’s walkthrough, Thursday’s practice report is only an estimation of a player’s participation if there was a practice. pic.twitter.com/mSvWnCtD6W

Safety Julian Blackmon, tight end Trey Burton and defensive end Justin Houston who missed practice yesterday due to a rest day all were estimated to have taken part in today’s practice in a full capacity. All three returning is expected after there scheduled rest day.

Wide receiver Ashton Dulin would have missed practice today after missing yesterday’s practice with a knee injury he picked up in the win over the Lions. With Dulin missing both of the practices so far this week it is looking less and less likely he will be able to play Sunday against the Ravens.

Wide receiver TY Hilton would have continued to miss practice today with a groin injury. Hilton told the media today he is feeling good and doing a lot better but with him missing two practices this week and is looking unlikely to feature against the Ravens on Sunday at the moment.

Wide receiver Marcus Johnson would have missed practice today with a knee injury. Johnson has been a big play spark on offense for the Colts the last few weeks. Having Johnson miss playtime would be a huge loss for the Colts offense, hopefully Johnson can practice tomorrow in some fashion and play Sunday too.

Center Ryan Kelly, running back Jonathan Taylor and running back Jordan Wilkins would have all participated fully today after all being limited yesterday. Kelly being able to practice fully is a big step in the right direction after missing practice most of last week and being questionable for the Lions game. Kelly should be able to play Sunday and is a big need against a formidable Ravens defense. Jonathan Taylor being able to practice fully today shows that he has managed to shake off the ankle injury he picked up on Sunday which is a good move in the right direction especially as the Colts offense will likely lean on the rushing attack against the Ravens defense. Jordan Wilkins also practicing fully after being limited yesterday practice with a groin injury. It appears Wilkins groin injury wasn’t serious and should be all set to continue in the right direction to play Sunday.

Four Colts players would have missed practice today with a not injury related designation. Defenisve tackle Sheldon Day, defesnive lineman Tyquan Lewis, guard Quenton Nelson and wide receiver Michael Pittman. There isn’t a clear reason for why the four Colts missed practice today but it may or may not be linked to the staff member testing positive. Something to monitor tomorrow and through the rest of the week.