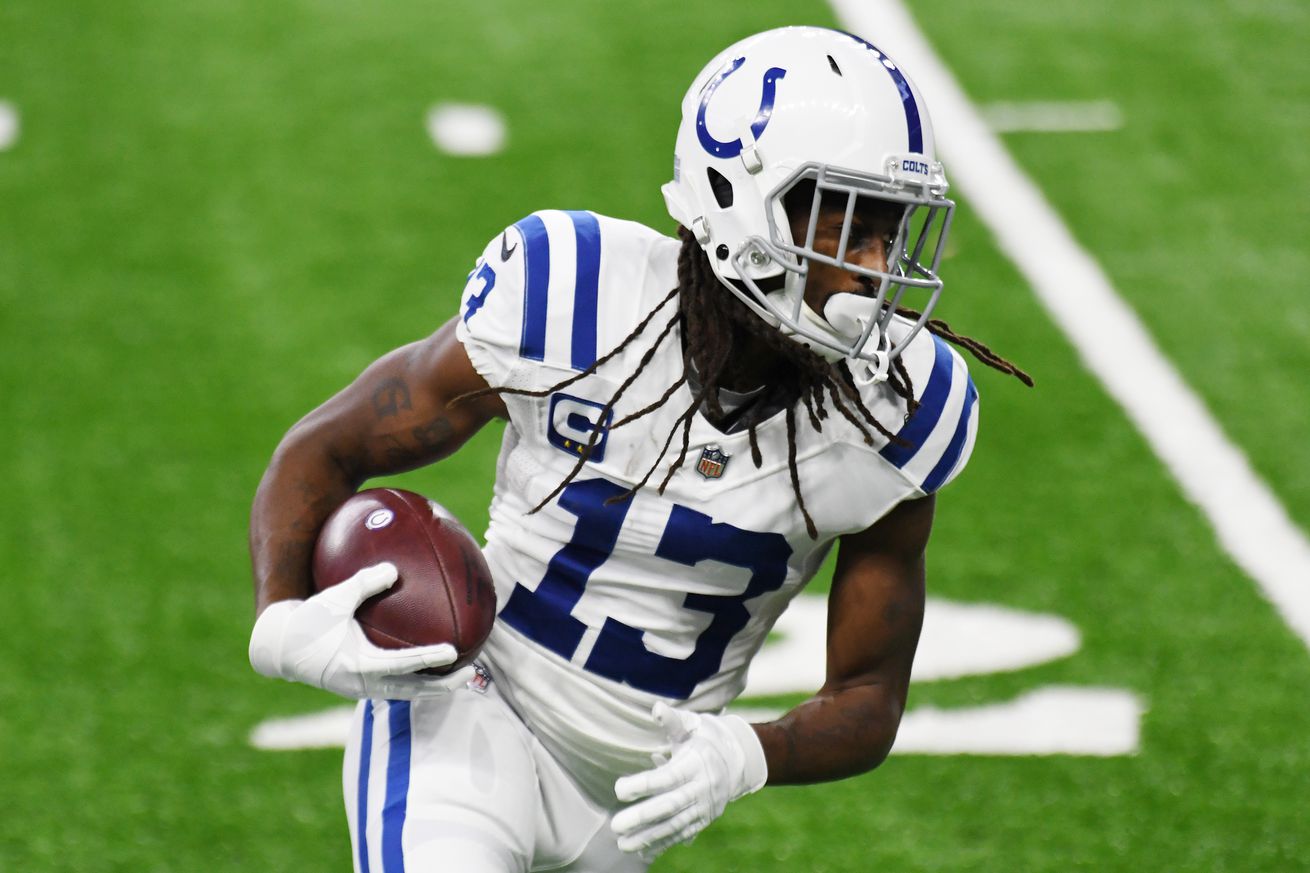 The Indianapolis Colts today released their Wednesday injury report for week 9 of the NFL season.

Three Colts players missed practice today due to scheduled rest days. Safety Julian Blackmon continues to work his way back from an injured ACL from December, tight end Trey Burton is coming back from a calf strain during training camp and defensive end Justin Houston has been on the injury report previosuly due to lower body injuries and is also a veteran needing rest.

Wide receiver TY Hilton missed training today with the groin injury that ruled him out during the Lions game. Hilton was already having a slow year in terms of production and now has an injury to deal with too. The Colts offense does still manage without Hilton but Hilton is still a big part of what the team does on offense so would still be missed. Hilton’s injury will be one to monitored closely this week.

Mo Alie-Cox was limited today at practice with a knee injury. Alie-Cox was limited most of last week too with the same knee injury but managed to play against the Lions after being questionable. Hopefully he can continue to practice this week, even if it is limited, and be available for the Ravens game Sunday as he is a valuable part of the Colts offense.

Running backs Jonathan Taylor and Jordan Wilkins were both limited today, Taylor with an ankle injury and Wilkins with a groin injury. Colts Head Coach mentioned after the Lions game that Taylor had a bit of an ankle injury but also said today that he would be able to participate in practice. Taylor did practice today but was limited and hopefully he can manage to shake the ankle injury. Wilkins pops up on the injury list with the groin injury but managed to play the full game last Sunday and ended up leading the rushing attack. Hopefully Wilkins can continue to practice and play Sunday as he is in for a spike in his snap count due to his last performance.