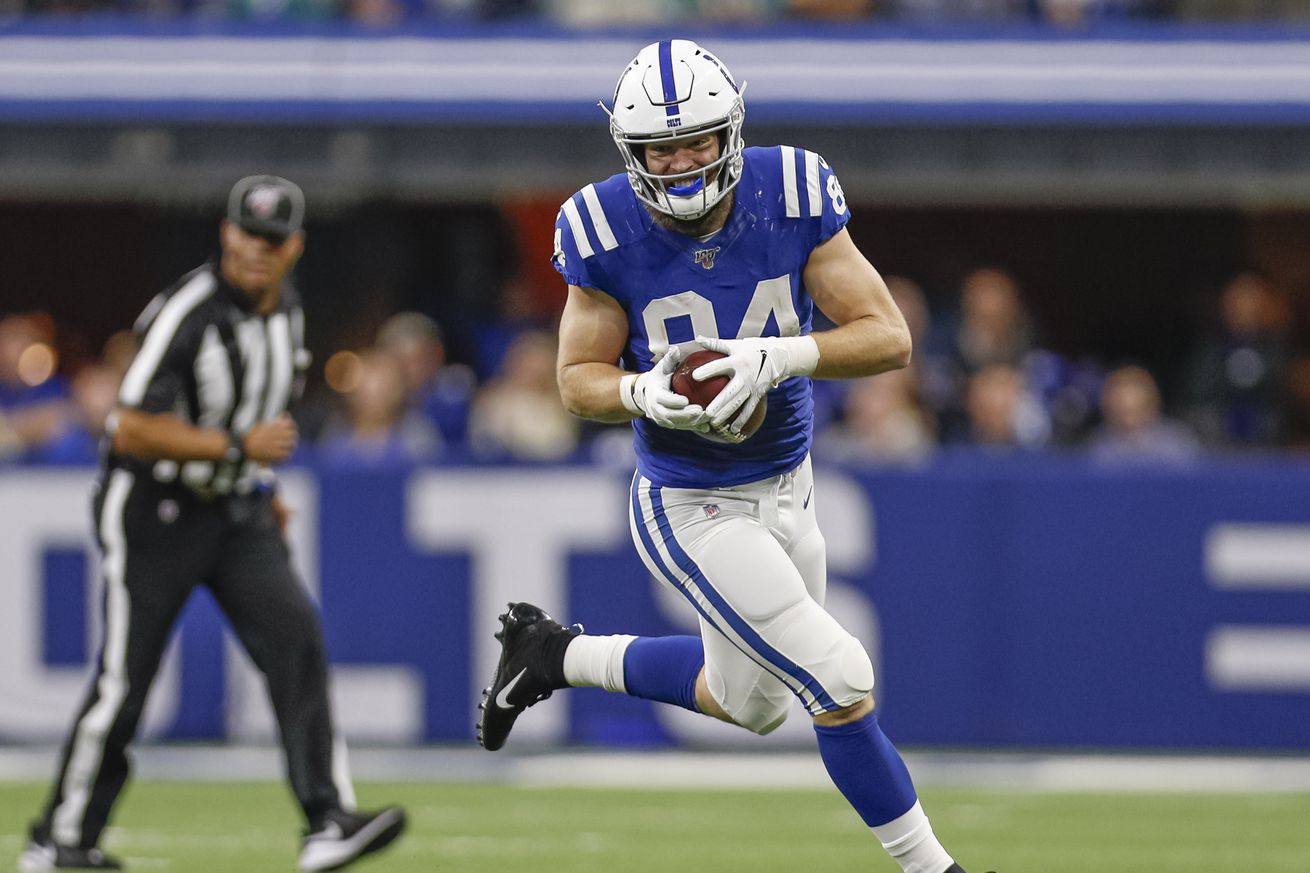 The Indianapolis Colts today released their Wednesday injury report for week 2 of the NFL season.

Tight End Jack Doyle missed practice today with what the team describes as ankle/knee injury. This is big news as the Colts have already been hit with injuries at the tight end position when Trey Burton went to injured reserve with a calf strain. Doyle will be one to monitor as the week goes on as if he is continue to miss practice and ends up missing the game sunday then the Colts would be down to just two tight ends; Mo Allie-Cox and Noah Togiai who they claimed off waivers not too long ago. If Doyle can’t go then the Colts could elevate one of the two tight ends they have on their practice squad.

Safety Malik Hooker also missed practice today with an illness. Hopefully it’s nothing serious in terms of illness, it’s unlikely to be COVID-19 related as he would have been sent to the reserve/COVID-19 list. Hooker needs to bounce back quickly and resume practicing and does not need to miss any games after his injury history already being an issue.

Wide receiver Zach Pascal missed practice today with an ankle injury. If the Colts can afford a potential injury at a position it would probably be wide receiver especially due to the current depth at the position. The Colts have Hilton, Pittman Jr, Campbell, Dulin, Patmon and recently elevated from the practice squad Daurice Fountain. Pascal is the teams starting wide receiver on the outside opposite to Hilton, rightfully so after his play last year, but he also plays a big role on special teams too so would still be missed.

Julain Blackmon continued to be limited which isn’t too much of a surprise as he works his way back from the torn ACL he did in December in college.