The Indianapolis Colts met virtually with former Florida State cornerback Asante Samuel Jr. ahead of the 2021 NFL draft, per Justin Melo of The Draft Network.

Making the rounds through prospects as the draft approaches, the Colts are likely to keep an eye on the cornerback position at the end of April. They re-signed Xavier Rhodes to a one-year deal, but the secondary is still a major question mark.

Samuel Jr. seems to be a hot commodity around the league. He’s had multiple meetings with several teams, though it seems he’s met with the Colts just once throughout the pre-draft process. 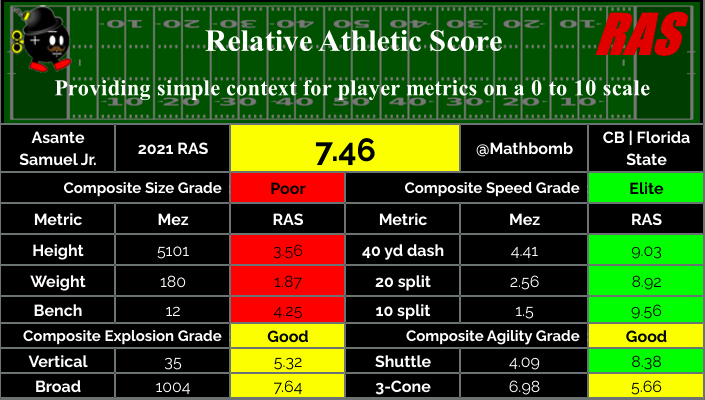 Samuel Jr. likely won’t be a player the Colts consider with the No. 21 overall pick. There are more pressing needs and likely to be better prospects available at the time but seeing as cornerback is a relatively high need for Indy, it wouldn’t be shocking to see them use a Day 2 pick on the Florida State product if they like him enough.

The top 11 offensive tackles in the 2021 draft class