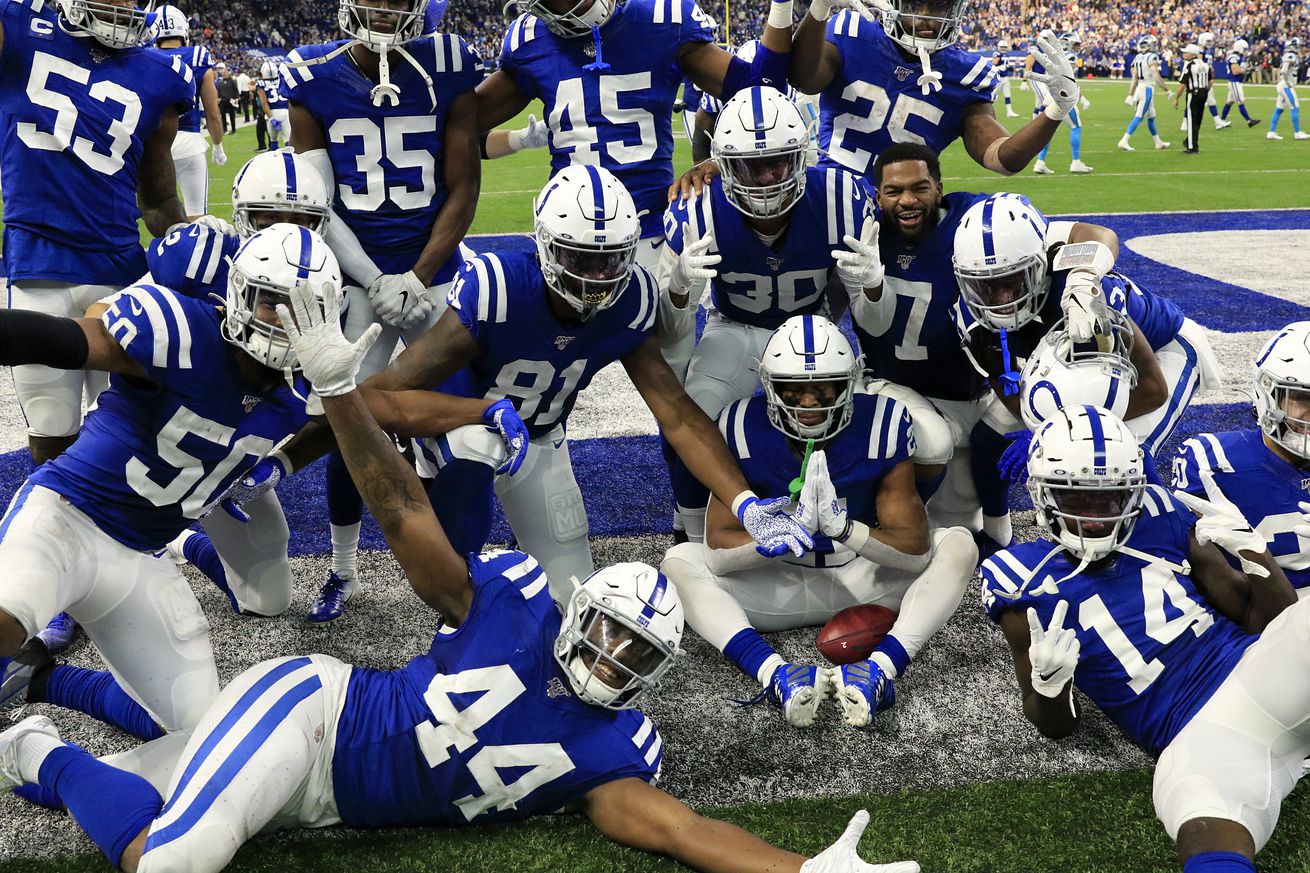 According to SportsBettingDime, the Indianapolis Colts have the league’s best chance to surpass their opening line projected regular season win total of 8.5 total victories in 2020—with a 67.4% over probability:

These are the six teams with a high probability of going over their respective win total:

Specifically, regarding the Colts, SBD notes:

Of course, the Colts had a big offseason with their headline acquisitions of veteran quarterback Philip Rivers and All-Pro defensive tackle DeForest Buckner—which were two positions of major team deficiency last season.

Both highly touted rookies should add much needed dynamic, game-changing ability to the Colts offense—which was sorely lacking last season as far as generated big plays.

The Colts also hope to have a much more consistent and reliable kicking game, as longtime veteran kicker Adam Vinatieri struggled last season—at least partially because of injuries. The winner of the Chase McLaughlin vs. Rodrigo Blankenship training camp kicking battle should be an upgrade over last year’s version of Vinatieri.

Considering the Colts went 7-9 in 2019—including an upset road win against the reigning Super Bowl Champion Kansas City Chiefs and split the season series with the AFC runner up Tennessee Titans, the team may not be that far off from contending if the right upgrades were made this offseason (which so far, the early results seem fairly encouraging).

The team was arguably a few made kicks (among its other shortcomings) from making the playoffs this past season.

Certainly helping matters is that the Colts have the NFL’s easiest opposing strength of schedule in 2020—with outside matchups against teams in both the AFC and NFC North, as well as their routine AFC South divisional play (where the Houston Texans and Jacksonville Jaguars are projected to be worse than last season).

The Colts are also among the NFL’s teams traveling the least amount of miles in 2020—which means that the team can safely ‘sleep in their own beds’ with little cross-country jet lag to have to battle through.

As it stands, in 2020, the Colts have been a popular pick to rise among the AFC rankings and become a bonafide contender among members of the mainstream media.

It’s a Colts team that with a few fortunate breaks, Rivers returning to his Pro Bowl caliber form, and good overall health could realistically finish around 10-6, win the AFC South, and make a potential deep AFC playoff push.