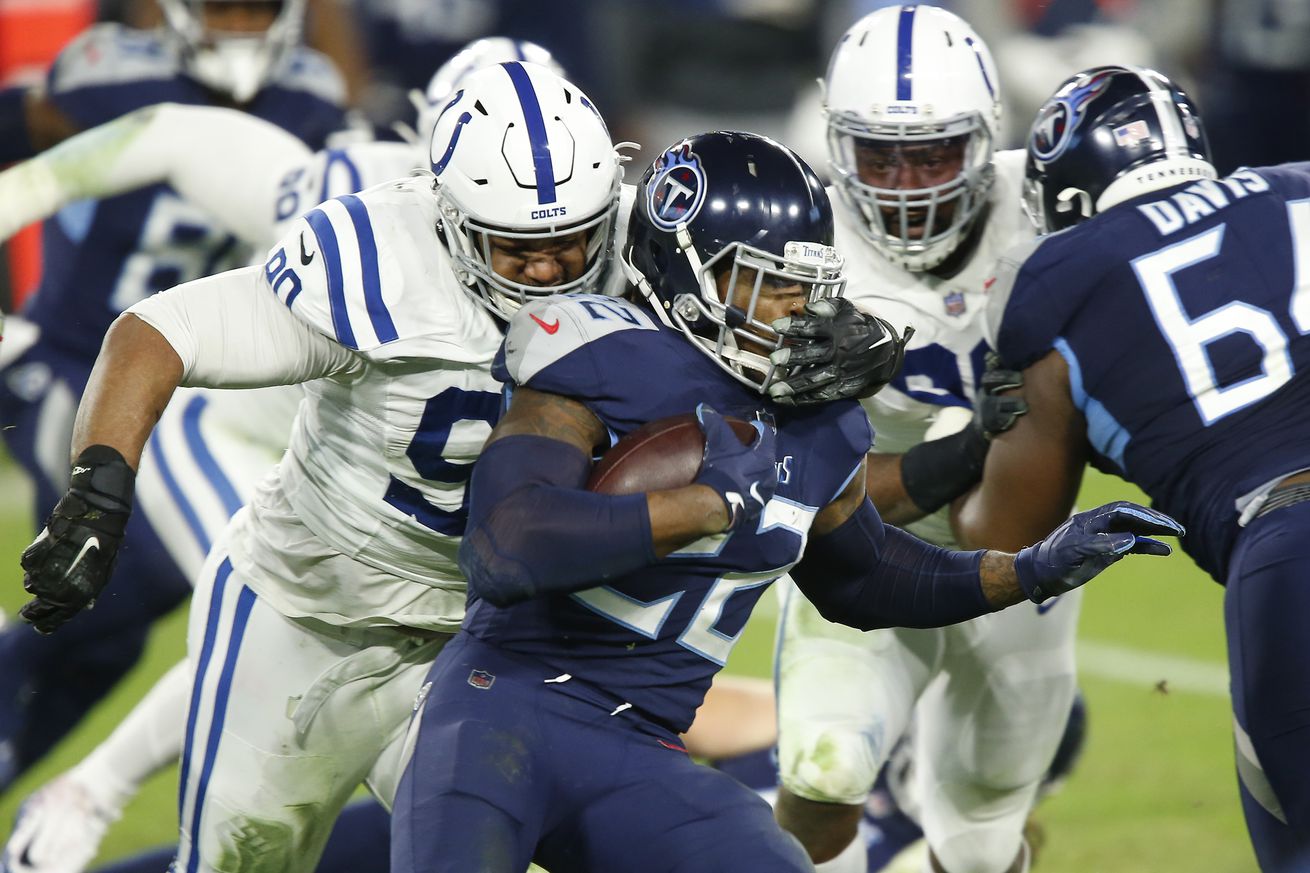 Indianapolis Colts starting nose tackle Grover Stewart is ‘special’. That is, if you ask his head coach Frank Reich (or really ‘any more than casual’ Colts fan these days).

The former 2017 4th round pick of the Colts has had a breakout season, recording 34 tackles (24 solo tackles) and 18 run stops (3rd most among PFF’s interior defenders) during all 9 starts for Indianapolis.

At 6’4”, 315 pounds, Stewart has helped anchor one of the league’s best run defenses, as the Colts have currently allowed just 91.8 rushing yards per game (3rd lowest in the NFL).

Stewart has been a big reason why—having become a run-stopping monster:

Reich: “Grover Stewart is special.”
The NT has been a big reason for the #Colts run defense success, and he moves extremely well for a man his size.

Reich on Grover Stewart: “He came in in the best shape his life… Made him quicker and faster. He put on a lot of lean mass.”

Frank Reich says Grover Stewart has a ‘humble heart, but is a fierce competitor.’

Stewart may not be a household name yet outside of the state of Indiana, but he should be.

While his All-Pro defensive tackle counterpart DeForest Buckner is rightfully great and draws the headlines and fanfare with his pass rushing prowess, it’s Stewart who does a lot of the unglamorous, blue collar dirty work against opposing running games—commanding double teams, shedding/eating blocks, and clogging space/holes as an immovable brick wall.

That’s not to say that Stewart can’t be sexy, as he forcefully tossed the 6’3”, 238 pound Derrick Henry like a rag doll in open plain sight, stopping the All-Pro running back dead in his tracks well short of the Colts’ protected goal line on Thursday night:

If you aren’t familiar with the name, it’s time to wake up. pic.twitter.com/Mt41JsE3Uj

Look closely enough, and you’ll see Stewart consistently making plays for the Colts along the defensive trenches on a weekly basis:

I am the leader of the Grover Stewart hive. Best nose tackle in football. pic.twitter.com/jRRvOLbQVY

Grover Stewart is a superstar at 1-Tech. Colts number one priority this offseason is locking him up longterm. He is hitting his peak and playing at an unreal level right now. pic.twitter.com/EaHhLXhKUu

Incredible hustle/effort – and when you get it from the big guys upfront, sets a tone and culture for the entire unit Find big #99 & #90 and enjoy the hunt! pic.twitter.com/RBD4goefao

Yes, the 27 year old Stewart is a top candidate to get a lucrative multi-year contract extension with the Colts as a pending priority free agent this upcoming offseason, but let’s take the time to appreciate what Big Grover is doing to opposing teams’ ground games right now—instantly making them obsolete.

And right now, for the Colts, he’s a dominant interior force.