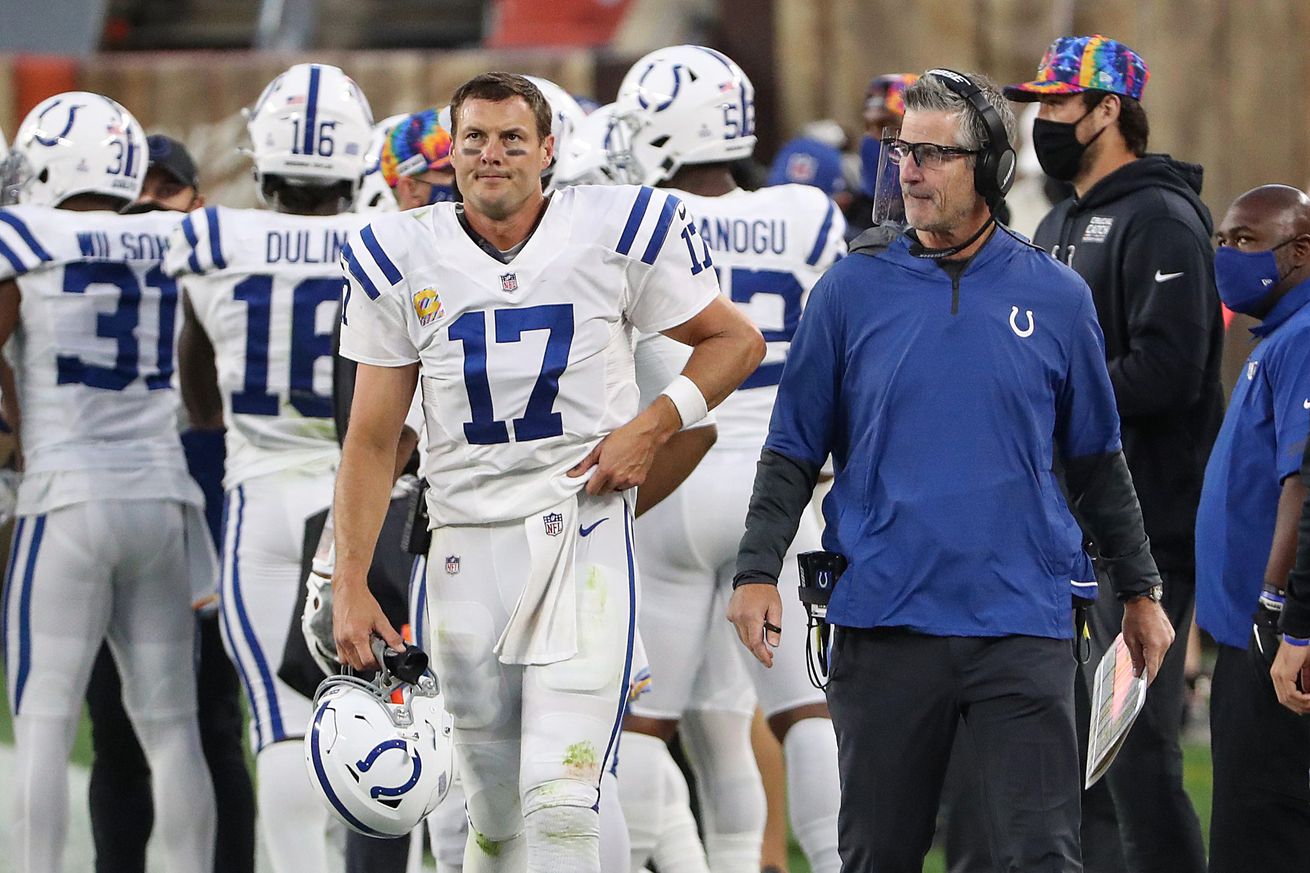 `Colts fans and Stampede Blue readers can submit their Colts questions to have a chance of them being answered in our Q&A.

Ft Wayne Fan (Stampede Blue Comments): Is our OL having trouble because they are stacking the box begging Rivers to throw to our WRs? If so isn’t this what teams did to us last year to JB in the last of the season? Seems like Deja Vu.

Answer: The offensive line appears to be struggling more due to technical lapses and poor play rather than having to face stacked boxes. The big run plays are there but it seems that there is a missed block or a poor vision by the running back which leads to the run play failing. Rivers hasn’t looked great this year but he is throwing the ball down the field at a much better than Brissett last year too.

Voting Machine (Stampede Blue Comments): Not really a specific question … I liked the articles covering the AFC South Division closely. The horse race of who is playing who, who is hurt, who is coming back, what coach got fired, what teams are doing well, etc.. That coverage has not been there this season.

So a standing question every week, is “what can you tell me about the AFC South teams?”

Answer: The AFC South Division articles are something the team could look into bringing back. The Jaguars are 1-4, after a good performance against the Colts week 1 they have lost four games in a row and look to be heading towards another top 5 draft selection. The Texans are also 1-4, after losing four games in a row to start the season the team fired their HC/GM Bill O’Brien and named Romeo Crennel interim HC and the team managed their first win last Sunday. The Titans are undefeated on the year and sit at 4-0 and are atop of the AFC South. The Titans are one game behind the rest of the division due to missing a game because of positive COVID tests.

Clydesdale (Stampede Blue Comments): Are the Colts decision makers too committed to continuity? Basically why are we more often than not “Going with who brought us”, when the team has never really went anywhere? I get being loyal to guys who helped to win a couple of division titles and sniff an AFC Championship, but that is not recent history by any stretch. This is a what have you done for me lately business and if you haven’t done it for me lately, maybe I should see if I have guys who can.

Answer: Continuity is always a positive trait to have but the Colts decision makers aren’t too committed to continuity in my opinion. The team could of easily carried on with Jacoby Brissett at quartback to have continuity at the position but they chose to go in a different direction and sign Philip Rivers. The team could have been accused with being too committed to continuity with Adam Vinatieri last year but the team again moved on from him in the offseason. Chris Ballard is an amazing GM and is not one to admit mistakes, as evident in cutting and trading away former draft picks such as Quincy Wilson, Tarell Basham and Zach Banner to name a few when they didn’t reach there expected potential. In terms of team personnel the team pretty much wiped the slate clean when Ballard was hired as he brought in his own talent evaluators with him.

Lucky Jocky Strap (Stampede Blue Comments): Why has Frank Reich lacked in the creativity department this year? It would seem that our play calling has become pretty vanilla. This was not a problem in prior seasons. He still has a number of play makers on the field, so injuries shouldn’t be an excuse.

Answer: Injuries do still play a huge part in why the offense hasn’t played to its full potential and why Reich has been more conservative. Reich has been quite predictable on 2nd and long situations when he has called a heavy amounts of run plays. The offensive line hasn’t been playing anywhere near the level of where it was last year, add in the injuries and a rookie running back there has been a more vanilla looking offense. I fully trust Frank Riech to run the teams offense and believe in bis creativity going forward.