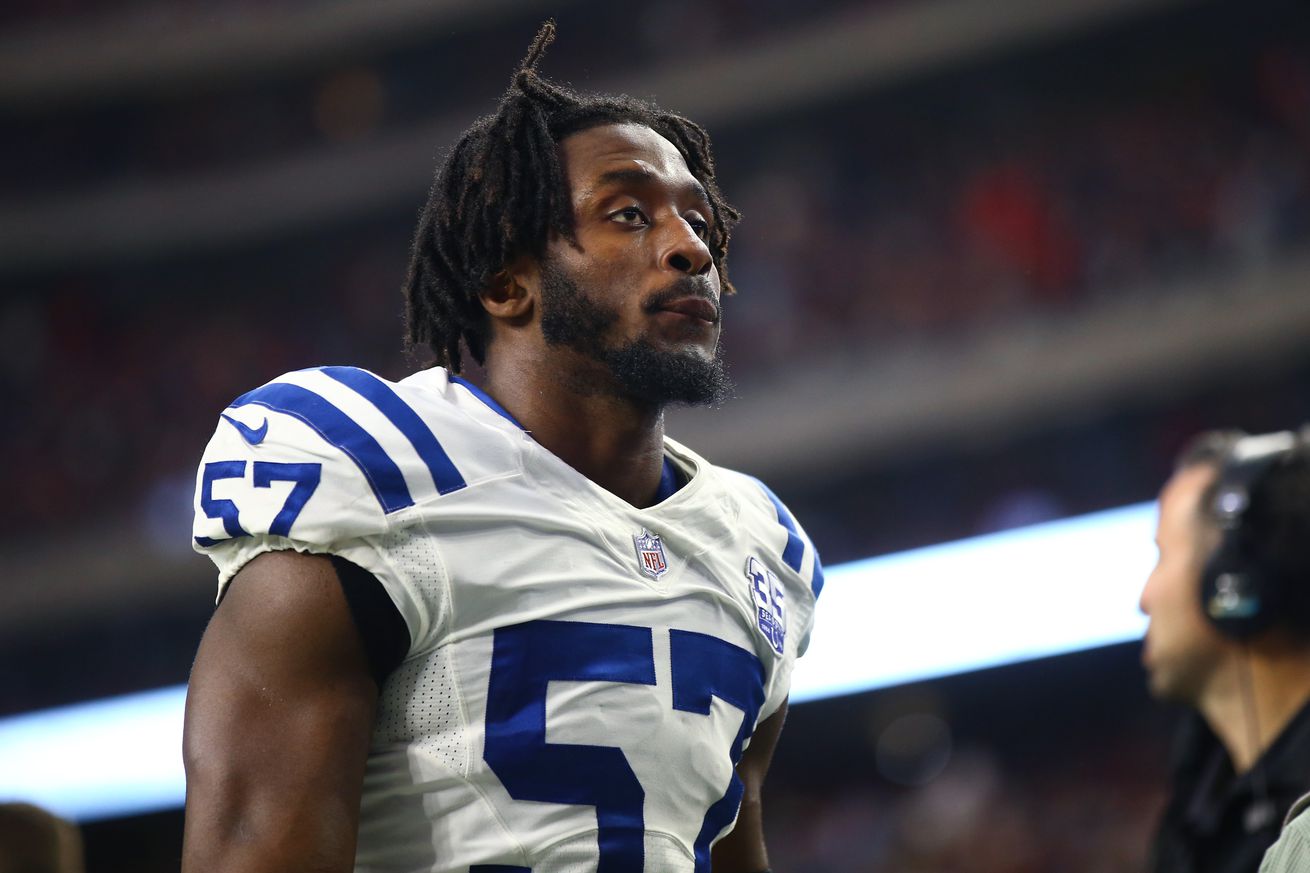 Colts fans and Stampede Blue readers can submit their Colts questions to have a chance of them being answered in our Q&A.

Answer: Defensive end Kemoko Turay was placed on the Physically Unable to Perform list in training camp due to the ankle injury he suffered last year in the game against the Kansas CIty Chiefs. Turay has worked his way back and has been practising the last few weeks with the team. Colts General Manager Chris Ballard spoke last week and mentioned that Turay wouldn’t play in the game against the Titans but would most likely be available the week after for the game against the Packers.

Ex Chargers Fan (Stampede Blue Comments): What’s the likelihood of Rivers being a Colt next season if his 2nd half of this season is virtually identical to his 1st half? I know record, playoffs, etc factor into the big picture, but based strictly on Phillip’s personal performance, is it more likely he returns to the Colts, or will he be a one & done based on his production?

Answer: Rivers 1st half of the season gives him a 5-3 record (before the Titans game), 2,087 yards passing, 10 touchdowns and 7 interceptions. So if the second half of the season was identical to the first half Rivers would end the year with a 10-6 record, 4,174 yards pass, 20 touchdowns and 14 interceptions. Which would be good production from him, with a 10-6 record it would be the best record for the Colts since 2018 when Andrew Luck was quarterback. A 10-6 record would likely mean the Colts were either just in the playoffs or just missed out. 4,174 yards passing would also be the most yards by a Colts quarterback since Andrew Luck was the quarterback in 2018. 14 interceptions would be Rivers lowest since 2017. Putting all this into account the Colts would most likely re-sign Phillip Rivers at the end of the year if it was solely based off of the above mentioned production.

Jimsorgi4pres (Stampede Blue Comments): When we drafted Taylor I knew there was no way we would re-sign Mack. No respectable organization overpays for a running back. Especially when you draft a stud runner like Taylor who will be on his rookie deal for the next handful of years. Now I’m not so sure. Does the fact that our running game has regressed mean it’s more likely Mack returns?

Answer: At the time a lot of fans saw the Jonathan Taylor as the replacement for Marlon Mack and end of Mack’s time with the Colts. However, after the Taylor pick the Colts actually spoke of a two headed rushing attack with Mack and Taylor. Unfortunately due to Mack’s injury in week 1 we won’t get to see the vision for the Colts rushing attack on the field this year. Taylor’s selection did appear to reduce the chance of Mack returning next year but with Taylor yet to fully adapt to the NFL yet and Mack’s injury the chance of him being re-signed actually increases. If Mack would have played this year and out up similar production to last year he would have most likely priced himself out of a return. The rushing attack this year has not been on the same level as last year but it appears to be more a run blocking issue than a running back issue so i wouldn’t put too much stock into that being the reason for the regression. For Mack to return it pretty much comes down to his contract demands, if it is reasonable the team will bring him back but if it isn’t he likely won’t return.

Lucky Jock Strap (Stampede Blue Comments): Is the regression of the offensive line on the coach, Chris Strausser? The line was elite under the guidance of Dave DeGuglielmo and respectable before the passing of Howard Mudd. Now, we’re one of the worst rushing teams in the league. The parts haven’t changed, so I assume the problem to be the driver.