Indianapolis Colts linebacker Darius Leonard was ranked at No. 43 overall in Pro Football Focus’ top-50 players list ahead of the 2022 season.

It isn’t clear how many linebackers will wind up being ranked ahead of Leonard as PFF releases the rest of the list each day, but it’s likely going to be in the top two or three players at the position.

Here’s what they had to say about Leonard’s ranking:

Few players have Leonard’s nose for the football, and his ability to perfect the “Peanut Punch” style of forcing fumbles at linebacker has made him a major problem for offenses to deal with on any given play. He generated a ridiculous seven forced fumbles last season along with four interceptions.

Leonard probably won’t be happy about that ranking. It’s likely that at least Fred Warner is going to be ranked ahead of him on this list, just considering where Leonard currently sits.

The Maniac wound up being an All-Pro First-Team selection for the third time in his career despite dealing with a bu ankle for the majority of the 2021 season.

Leonard underwent back surgery this offseason and could miss some time during training camp but is expected to be ready for Week 1 of the regular season where this ranking is surely going to be used as bulletin board material.

Colts’ training camp preview: 1 player to watch from each position 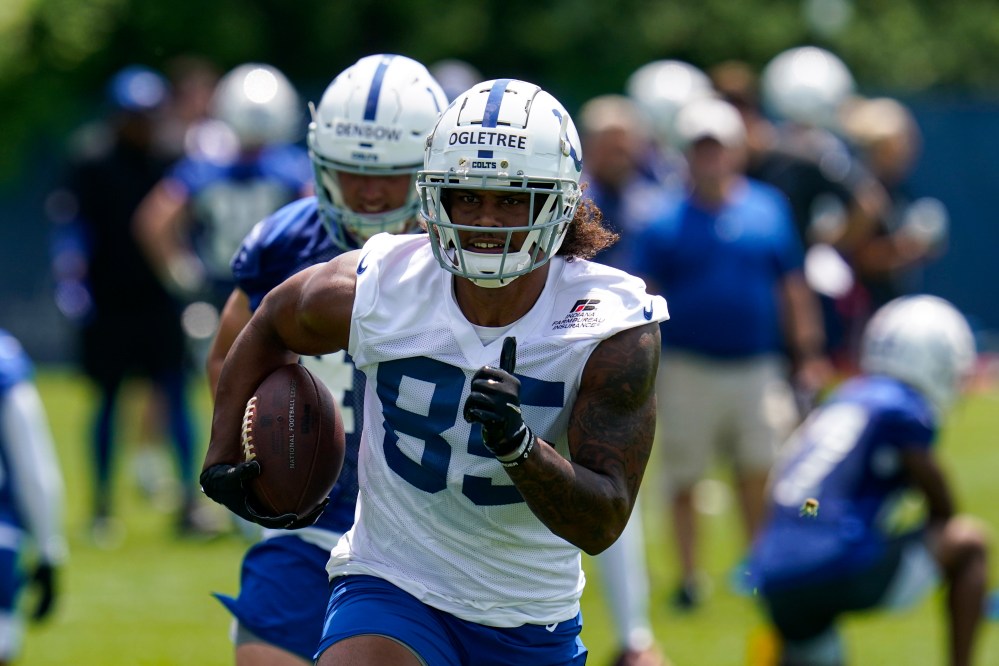