Leonard underwent offseason surgery on the ankle during the 2021 offseason, almost a year ago, hoping it would correct the issue. But the injury lingered throughout the regular season, and the team still can’t figure out why it won’t go away.

With OTAs well underway, Leonard still isn’t suiting up, and head coach Frank Reich continued to push the notion that the Colts are being cautious with the highest-paid linebacker in the NFL.

“We’re trying to be cautious so just taking it day-by-day trying to see what exactly we’re dealing with, how can we get it to respond and make some progress,” Reich told the media Wednesday.

Leonard toughed it out during the 2021 season, working through extensive rehab just to keep the ankle strong enough to get through practices and games. Even with the ailment, Leonard still captured his third All-Pro and Pro Bowl nods.

Reich didn’t express any concern—not that he ever does—about Leonard’s progress. But there’s a chance we don’t see much of the Maniac during the offseason workout program.

But it seems like the Colts simply don’t have an answer as to why Leonard’s ankle isn’t progressing.

“Sometimes when you’re going through something and you hit a lull and you can’t get over the hump that you want to get past, you have to stop and pause and say, ‘Why aren’t we getting over this hump?’ That’s a little bit what it is with Darius (Leonard),” Reich said. “We’re just continuing to be cautious with him and want to be smart about getting him ready. In the meantime, he’s locked in doing all his stuff getting mentally – he’s prepared. It’s as if he’s in there. So we’ll continue to evaluate him as we go.”

There is no overstating the impact Leonard has on the defense. He is the heart of the unit and has been since he stepped on the field during his rookie season in 2018.

Hopefully, this isn’t an issue that will be lingering because the Colts will want their star linebacker on the field as soon as possible to prepare for the new defense. 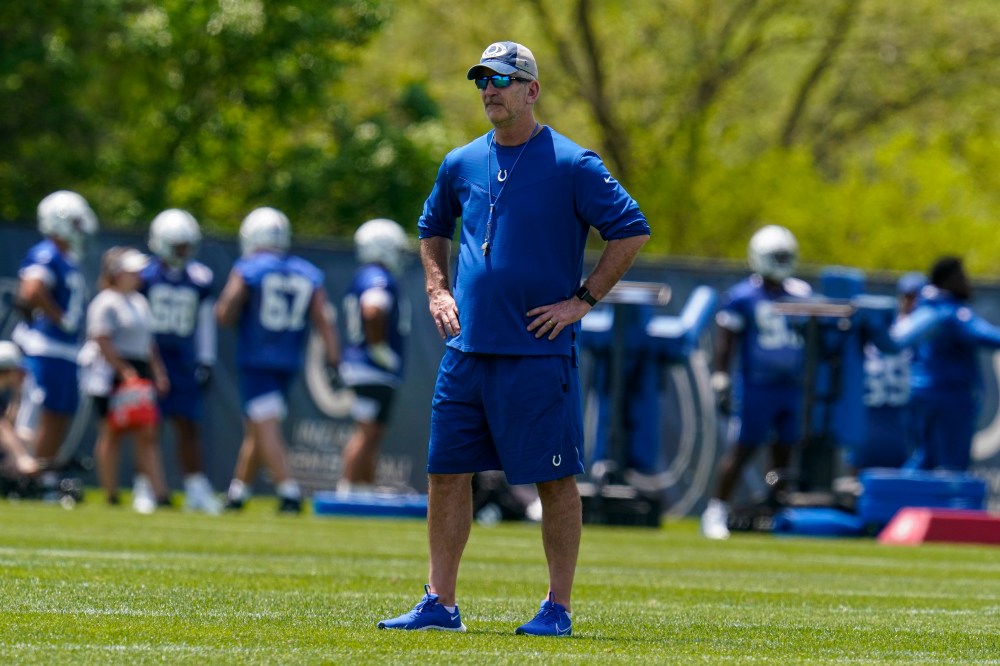