A few days after the Colts agreed to sign Xavier Rhodes, they are adding another veteran cornerback to the mix. The Colts and T.J. Carrie agreed to terms Monday, Ian Rapoport of NFL.com tweets. 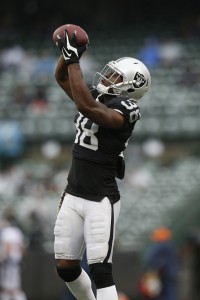 It’s a one-year deal for Carrie, who will earn the veteran minimum, per Adam Caplan of Sirius XM Radio (on Twitter). Carrie will receive $300K guaranteed, Caplan adds.

After being cut by the Browns in February, the former seventh-round pick visited the Seahawks earlier this month. Both he and Rhodes are street free agents, with the latter being a Vikings cap casualty.

The Colts have done some retooling in their secondary, releasing veteran Pierre Desir and signing Rhodes and Carrie. The latter duo brings a combined 13 years’ experience. For Carrie, this will be his third NFL team. The former Raiders draftee spent the past two seasons with the Browns.

Carrie worked as a part-time starter in Cleveland, opening 14 games with the Browns’ first-string defense during his time in Ohio. He worked as the Raiders’ primary slot defender in 2017. Pro Football Focus did not view Carrie’s Browns work as being on the same level as his Raiders contract year, but the 29-year-old defender will likely not be expected to be a starter in Indianapolis. He instead profiles as a depth piece for the Colts.