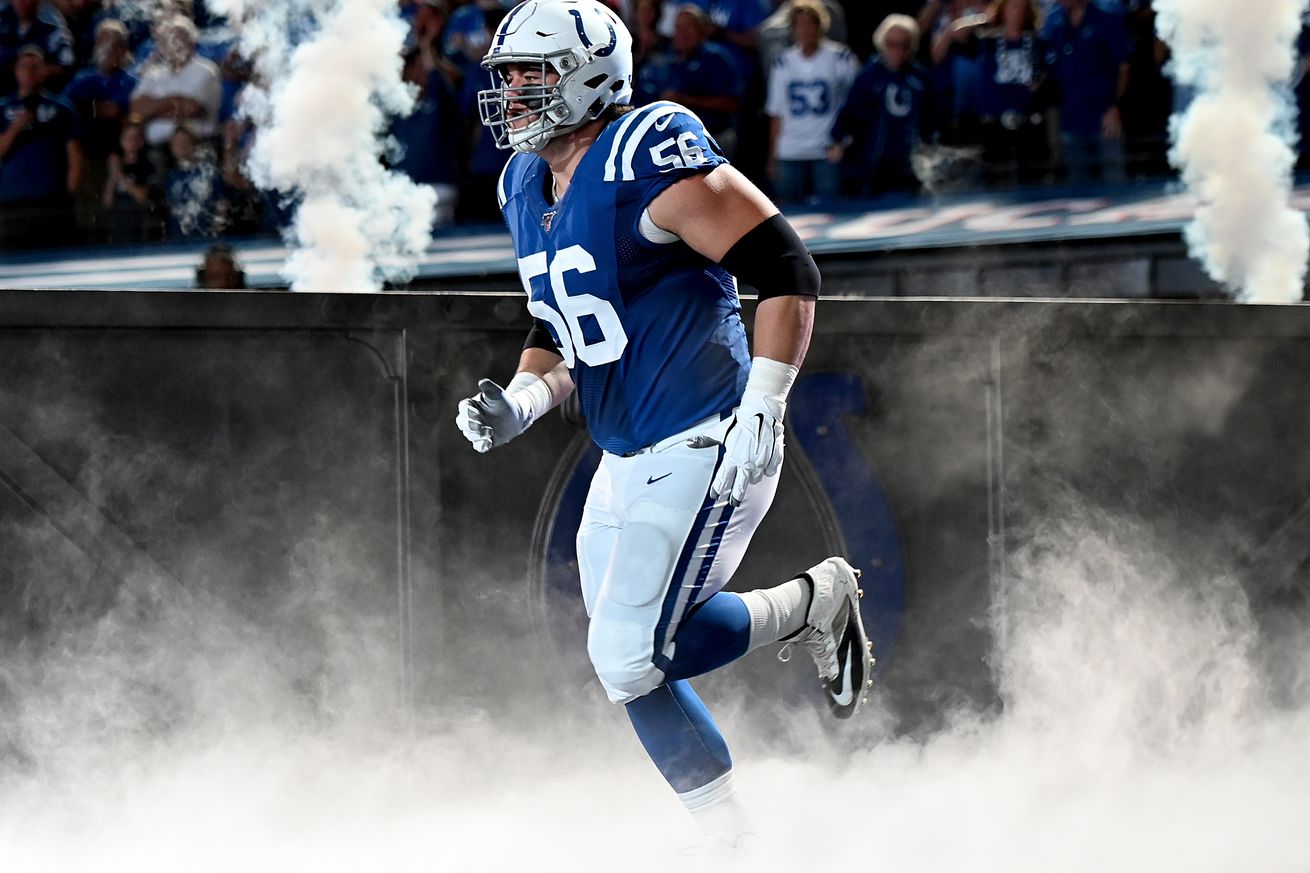 According to The NFL’s Top 100, Indianapolis Colts All-Pro offensive guard Quenton Nelson is the league’s #29 best player in 2020 per current NFL players—and the highest ranked guard ever on the list (which has run 10 consecutive years):

The highly touted 6th overall pick of the 2018 NFL Draft has already become a 2x NFL First-Team All-Pro for the Colts and is still well short of his 25th birthday.

He’s simply a transcendent talent and generational player at his position.

The Pancake Robot’ is already the best offensive guard in the entire sport. Per Pro Football Focus (subscription), Nelson was their 2nd highest graded guard last season with a +91.2 grade overall—highlighted by a +90.1 run blocking grade.

He didn’t surrender a single sack in 603 pass snaps during 2019, and going even further, he hasn’t allowed one in 30 straight starts dating back to his rookie season in 2018.

However, he’s also a certified road grader in the Colts’ ground game:

“Since the first month of his NFL career ended, Nelson has the highest run-blocking grade among all guards by almost five grading points,” PFF’s Sam Monson wrote. “Nelson is the only player with a grade north of 90.0, and only three other guards are even above 80.0 in the same time span — all current or former All-Pros.”

It’s just not that Nelson is great though, but since his arrival in 2018, he’s been a catalyst for one of the most improved (and best) offensive lines in football—as his physicality, toughness, leadership, and smash-mouth style has worn off on all of his teammates in the trenches—who’ve all elevated their collective play in the process.

Per PFF, Nelson was their 4th best player overall in this offseason’s PFF Top 50, and he was recently ranked ESPN’s current highest rated interior offensive linemen.

He’s arguably the Colts’ face of the franchise right now—and at offensive guard, which has been a historically undervalued and overlooked position—seemingly unsexy. However, Nelson has made an art of the position, ‘Big Q’s House of Pancakes’ with over a million sold—and counting.

He’s a truly great player and has all of the makings of a perennial All-Pro and future first-ballot Hall of Famer for the Colts. I’m guessing this won’t be his first and only year in the NFL Top 100—although the fact that he didn’t even make the list last year is pretty shocking.

Here’s to many more appearances to come!