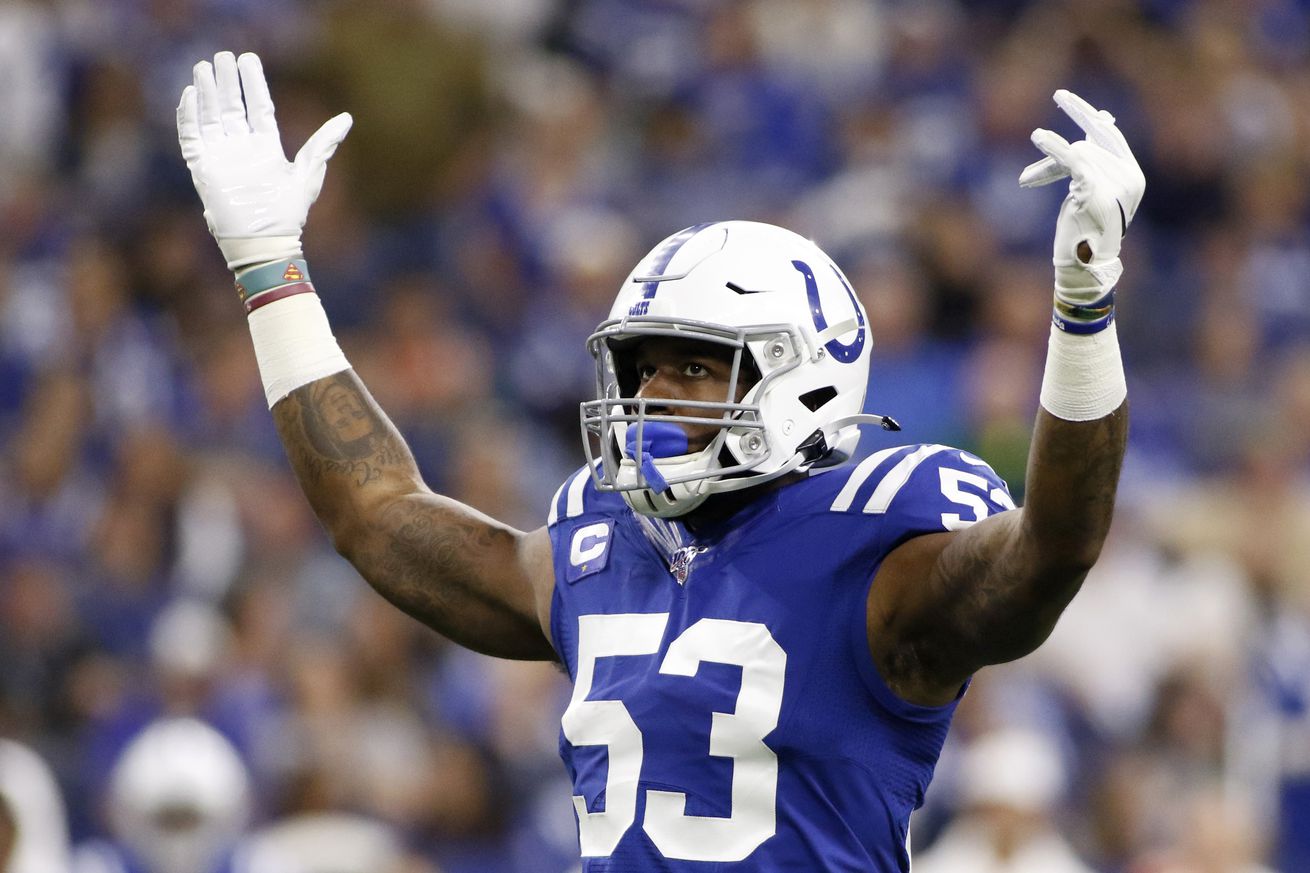 According to The NFL’s Top 100, Indianapolis Colts linebacker Darius Leonard is the #50th best player in the league for 2020—per the NFL players who voted (although he dropped from his 2019 ranking of #26th overall):

Crazy on and off the field.

The Maniac is a really an NFL linebacker who needs no introduction, as the 2x NFL All-Pro has taken the league by storm—and has quickly become the best young linebacker in the sport.

Over his first two seasons, the 2018 second round steal has recorded 284 tackles (182 solo), 19 tackles for loss, 12.0 sacks, 7 interceptions, 15 passes defensed, and 6 forced fumbles during 28 starts—and is simply blowing up the stat-sheet at an unprecedented pace.

The recently turned 25 year old linebacker is the complete package at his position—who can simply do it all, whether it’s run, hit, or ‘D up’ man-to-man in coverage. He also seems to make big plays and generate critical turnovers when it matters most late in games.

With long arms, speed, athleticism, and impressive instincts (*and tight end-like hands*), Leonard is an NFL superstar for the Colts defense—and aside from Seattle Seahawks’ veteran Bobby Wagner, might already be the NFL’s face of the linebacker position.