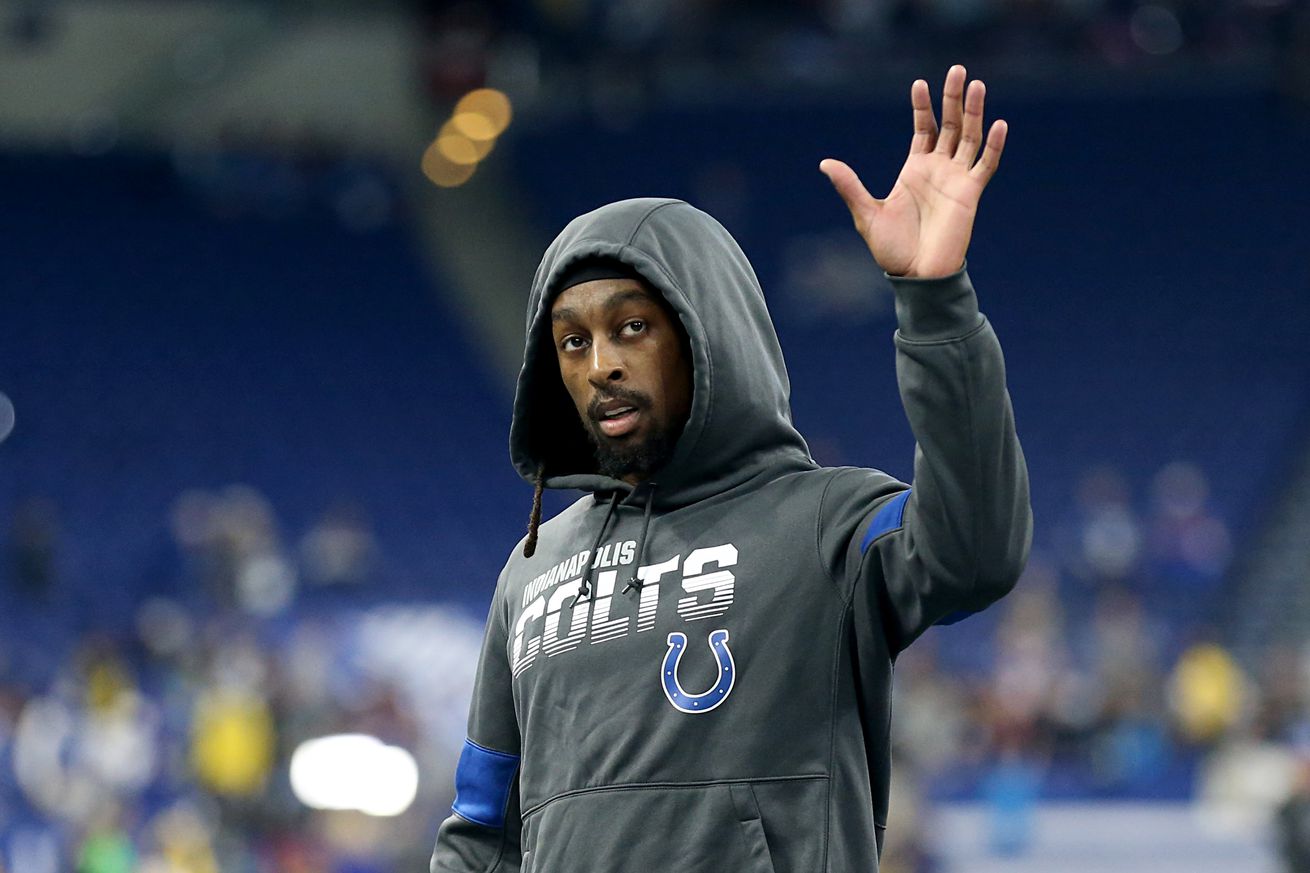 Over the last two seasons, the Indianapolis Colts appeared to be hoarding cash. The franchise led the league in cap room and left fans to wonder if more could have been done to put a competitive team on the field.

Chris Ballard kept his eyes on the the future and stuck to his long-term plan. From the very beginning he said the key to building a long-term winner was retaining home grown talent. Even two years ago, he saw 2020 as an important season with looming implications for the future.

There are numerous key players entering contract years in 2020. We’ll go through that list and when we do it may become clearer why the Colts were hesitant to pick up Malik Hooker’s fifth-year option, which would have been worth $6.7M in 2021.

Current projected 2021 cap space puts the Colts first overall with just over $73M. This number could grow by as much as $20M or so with carry-over. Let’s roughly call the 2021 cap $90M.

The only quarterback under contract in 2021 is rookie Jacob Eason. Jacoby Brissett and Philip Rivers are currently costing the Colts over $46M in cap space.

Next year, if Eason isn’t ready to be the full-time starter, at least one of these guys will need to be signed — assuming that Colts don’t sign another free agent or acquire another long-term option via trade. If we use $25M as our guide, Rivers’ current cap hit, we knock down the available cap to $65M.

Marlon Mack is coming off his best season. He was arguably one of the best backs in the league and has earned a nice contract. It seems unlikely that contract will keep him in Indianapolis. With so many other needs, and a ton of talent in the backfield, it will be difficult to justify big money on Mack.

Assuming the Colts figure out a way to keep Jordan Wilkins around, the 2021 backfield would be Jonathan Taylor, Nyheim Hines and Wilkins. That’s a pretty strong group and the three could be collectively cheaper than Mack by himself.

Entering contract years at wide receiver are T.Y. Hilton, Zach Pascal and Marcus Johnson. Hilton has been battling injuries for two seasons, and is starting to reach an age where a fall off wouldn’t be surprising. The team’s top receiver from 2019, Pascal is looking for what will likely be the most important contract of his career. Johnson has threatened to break out over the last two seasons but hasn’t received an extended look.

This leaves Michael Pittman Jr., Parris Campbell, and Dezmon Patmon as the core of the group for 2021. To say that their performance in 2020 will have a massive impact on Ballard’s options is an understatement. If Campbell can stay healthy and adequately fill the Hilton role, the franchise will have some options. If Pittman flashes the ability to be a legitimate top receiver or at least a solid long-term second option, more pressure will fall away.

There is a chance the Colts will offer Hilton only a one or two-year deal and that it’ll be modest, maybe just north of $10M per year. There’s also a chance that Ballard will value Pascal higher due to age, special teams value, blocking ability and a positive trend in his performance. Pascal could be entering his prime and Hilton is on the backside of his career.

Can he afford both?

For now, let’s assume Ballard signs only Pascal and does so at $8M per year, dropping the cap to $57M.

Mo Alie-Cox has the potential to be a productive player. He played through a broken hand that limited his role in the passing game last season but his abilities as blocker make him valuable, particularly for a team that likes to run the football.

Trey Burton is a reclamation project after failing to take his game to the new level in Chicago. He could thrive in Frank Reich’s system, as he once did in Philadelphia, or he could be just a guy. He is on the books in 2020 for just under $1M.

Alie-Cox and Burton are in contract years.

Ideally, the Colts would be able to retain one or both — assuming their play is deserving in 2020. Alie-Cox shouldn’t cost a fortune and Burton’s value will depend entirely on his 2020 production. With Doyle on the other side of 30, keeping one is a must.

We’ll set aside $3M and assume one of them stays at or around that level. Reducing our available cap to $54M.

Center Ryan Kelly is entering a contract year as one of the best centers in the NFL. He is coming off of his first Pro Bowl appearance and is in position to have another dominant season with Quenton Nelson at his side. Keeping Kelly, which will very likely be a top priority, will likely cost in the neighborhood of $15M.

This reduces available cap space to $39M — and we haven’t gotten to the defense yet.

Swing tackle Le’Raven Clark will be a free agent again. He could be retained or may be replaced by another free agent or a draft pick. For now, we’ll leave him out of cap considerations and move to the other side of the ball.

Grover Stewart and Sheldon Day are entering contract years at defensive tackle. One of the two could be auditioning for a long-term term contract as the player who will be paired with DeForest Buckner for the foreseeable future. Both have shown flashes and Stewart came on strong to finish the 2019 season.

One of the two will have to be retained because the only other player listed at defensive tackle on the roster in 2021 is defensive end Tyquan Lewis. We’ll budget $5M per year and assume one of the two is retained. Both would be ideal.

This leaves the Colts with $34M in cap space.

My goodness, this position is huge in 2020. Veteran Justin Houston is the most talented player at the position but is 32 year old and costs $12M per year. Denico Autry is a three-technique defensive tackle who may work his way back outside. He is strong rotational defensive lineman who offers value but may no longer have a starting spot in Indianapolis — he may leave to seek that out elsewhere. Al-Quadin Muhammad has been one of the more underappreciated rotational defensive ends in Indianapolis. Finding a way to keep Muhammad would be to the team’s benefit.

The only defensive ends under contract in 2021 are Kemoko Turay, Ben Banogu and arguably Tyquan Lewis.

If Turay and Banogu take big steps and if Lewis is able to get another chance on the outside and shows his ability, perhaps signing Muhammad and drafting a player will work. Otherwise, one of Houston or Autry will be awfully attractive options.

Fortunately, the Colts are stacked at linebacker. Unfortunately, Anthony Walker Jr. is entering a contract year in 2020. He has been the yin to Darius Leonard’s yang in Indianapolis. He is also underappreciated for bringing his lunch pail to work every day and cleaning things up on the inside.

With Bobby Okereke on the roster, one could argue he is expendable. That’s a tough position to be in and is a prime example of the NFL being a business.

Without Walker, the team has Leonard, Okereke, Matthew Adams, Zaire Franklin, E.J. Speed and Jordan Glasgow. We’ll assume Walker is allowed to walk in this scenario.

With Pierre Desir out of the mix and veteran Xavier Rhodes in, the Colts are facing a long-term youth movement at cornerback. Rhodes and fellow veteran TJ Carrie are on one-year prove-it deals and are guaranteed nothing after this season.

The corners under contract for 2021 are Kenny Moore, Rock Ya-Sin, Marvell Tell III, and Isaiah Rodgers. There’s a chance the Colts look to the draft or another free agent here. If a free agent similar to Rhodes is signed it will cost $3M and reduce the cap to $18M — just over the carry-over projection.

Under Hooker’s fifth-year option he would have been owed just shy of $7M. That could reduce the current projected cap to $11M — with a 2021 rookie signing class to be worried about.

The numbers above are rough estimates. Some players will sign for more and some for less. Some opportunities including trades or extensions that lighten the 2021 load will present themselves. Regardless, Chris Ballard and the Colts front office will have to do their best work this off-season. Brace to lose some good players to free agency.