Indianapolis Colts quarterback Carson Wentz entered Sunday’s season opener with plenty of question marks but by the end of the 28-16 loss, he was one of the few bright spots.

In a game that featured the Colts being dominated in the trenches for most of the contest, Wentz stood tall and made the most of his opportunities. There are throws and protection calls he’d like to have back, but it was a solid debut for the 28-year-old.

Still, he wasn’t satisfied with the end result in Week 1.

“At the end of the day I have to watch the tape first and foremost. I know a handful of plays I want back that I could have gotten us in the right protection and helped help us out. So, you can never take it right at face value. We have to go learn from it, learn from the tape,” Wentz told reporters after the game. “As a team, we just didn’t play complementary football. When the defense had stops, three-and-outs, the turnovers – offensively we didn’t capitalize and we have to do better at that, but that’s a good football team and we are going to learn from this one.”

Without starting left tackle Eric Fisher, who seems close to returning, Wentz was under pressure for the majority of the game. Spot starter Julién Davenport allowed at least two sacks while Wentz was hit 10 times.

The first offensive drive was encouraging while the final drive ended in a touchdown. But the drives between them left much to be desired.

“I think that the way we started the game – obviously we’d love to score there, but the way we came out, moving the ball, that was encouraging. The way we finished offensively there, getting that touchdown late, I think was definitely encouraging, something we can build off of,” Wentz said. “But really outside of those two drives we have to be better and there’s stuff we can learn from, but I think we can take those two drives and see what we can do, what we are made of and kind of build from there.”

The Colts played poorly in situational football. They were 38% on third-down attempts and they failed to convert either of their two true fourth-down attempts. The first of those was a botched snap on a quarterback sneak.

“I’m not really sure. It probably was my fault,” Wentz said. “I was trying to run before I even got the ball. That was a frustrating one.”

The Colts have a lot to clean up before another tough Week 2 matchup against the Los Angeles Rams, but it was encouraging to see a solid performance out of Wentz in his debut.

Studs and duds from Colts’ Week 1 loss to Seahawks 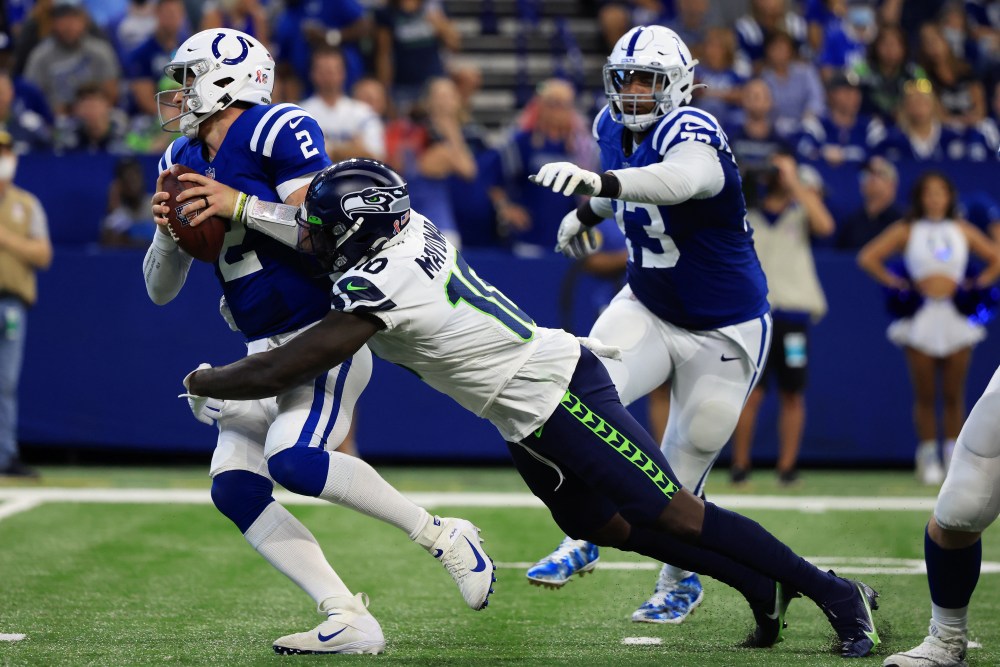