The Indianapolis Colts have already made the majority of the moves this offseason leading into training camp, but Bleacher Report is suggesting they make a trade for a cornerback.

While the Colts seem relatively set at the position going into training camp, Bleacher Report’s Ian Wharton suggested they send a 2023 third-round pick to the Baltimore Ravens in exchange for cornerback Marcus Peters.

It’s unlikely we’d see two AFC playoff contenders make a swap involving an impact starter, but the Colts should try regardless. Ravens star cornerback Marcus Peters is coming off a torn ACL and is in the final year of his contract. Baltimore, which has only $6 million in cap space, could open $10 million to roll over to 2023 if it dealt Peters.

The 29-year-old Peters was one of the most dangerous turnover threats in the NFL until his injury. He has 31 interceptions and 86 pass breakups in seven seasons and has become a much more trustworthy option in coverage compared to his first two years in the league.

Baltimore recently signed veteran cornerback Kyle Fuller as depth to go with 2022 fourth-round pick Jayln Armour-Davis and Iman Marshall. It wouldn’t be shocking if Peters was made available.

Indianapolis would be a natural landing spot as it goes all-in around Matt Ryan. The current array of options across from Stephon Gilmore is a gamble, as Brandon Facyson hasn’t even put together a full season of consistent play yet. Peters would raise the ceiling of that unit considerably in 2022.

The Colts aren’t going to make this trade. At least, it’s extremely unlikely for multiple reasons.

Even though Peters is one of the most opportunistic cornerbacks in the NFL, it’s clear the Colts want to see what they have in potential breakout Isaiah Rodgers, who enters his third season after a strong sophomore campaign.

On top of that, there was no mention of Kenny Moore II, who is arguably the best slot cornerback in the NFL. But limiting him to that position isn’t even fair because of how often he plays on the outside in base defense (two cornerbacks).

Another reason why this trade wouldn’t happen is that the only third-round pick remaining for the Colts is the one they received in the Carson Wentz trade with the Washington Commanders. That pick has the potential to become a second-rounder if the conditions are met.

So while a team can never have too many cornerbacks, we shouldn’t expect the Colts to add Peters this offseason.

How Michael Pittman Jr.’s father helped prepare him for NFL

Stock up, Stock down from Colts’ offseason workouts 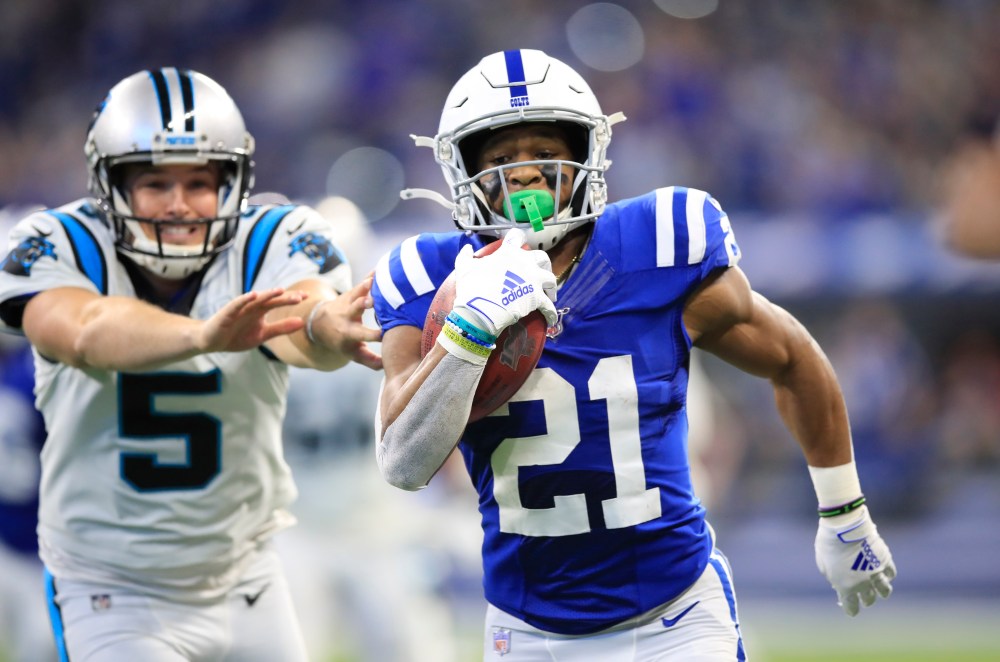